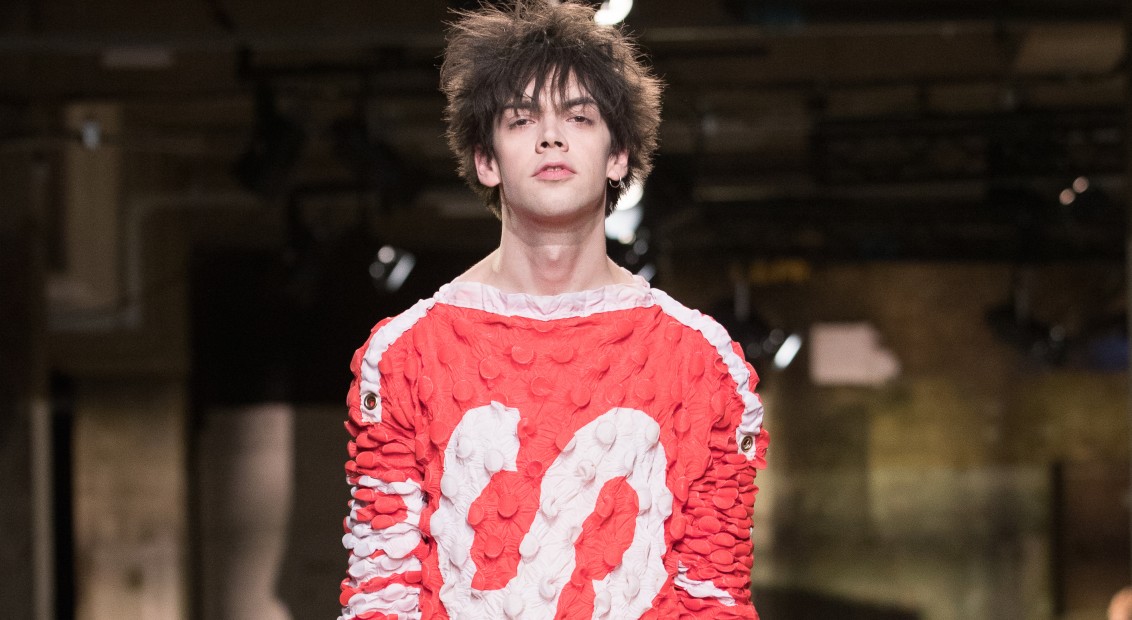 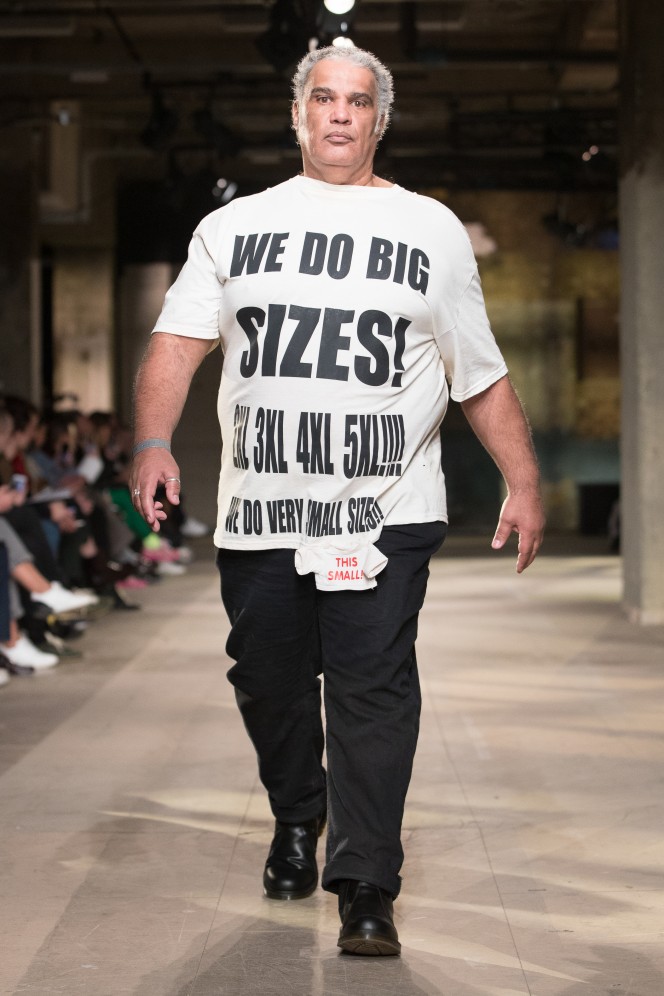 Creatives drawing upon their place of residence for inspiration is nothing new, but the way in which designers James Theseus Buck and Luke Brooks approach the process is wholly refreshing.

Since 2015, the two have lived in Rottingdean, a coastal town in East Sussex; a holiday brochure for the area accompanied the pair’s show notes, setting a precedent for the tongue-in-cheek display that was to follow. As the audience sat quietly waiting for the soundtrack to kick in, the unexpected sound of birds emphatically chirping filled the space instead. A bird whistle salesman took to the runway, leaving onlookers confused but chuckling nonetheless.

Shortly afterwards, models paraded through in the brand’s peculiar and totally kitsch creations. A woman dressed as a walking dartboard and a man covered head to toe in price stickers were two particularly notable looks, while another walked with a life-size Naomi Campbell cardboard cut-out. Call them the Monty Python of the London fashion scene, absurdist, satirical and a whole lot of fun.