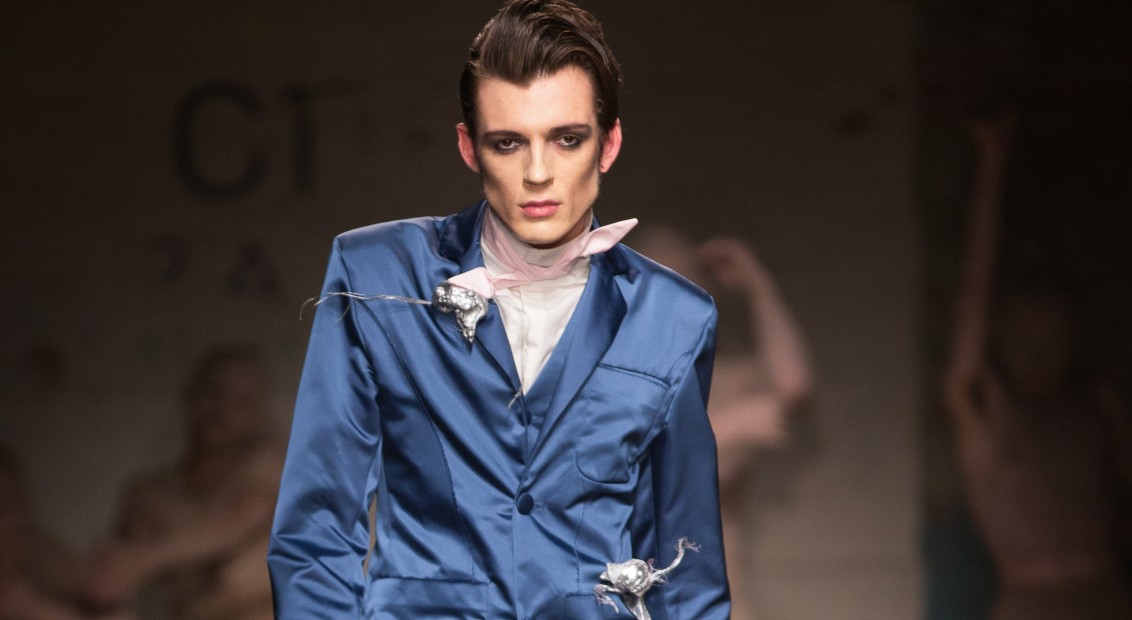 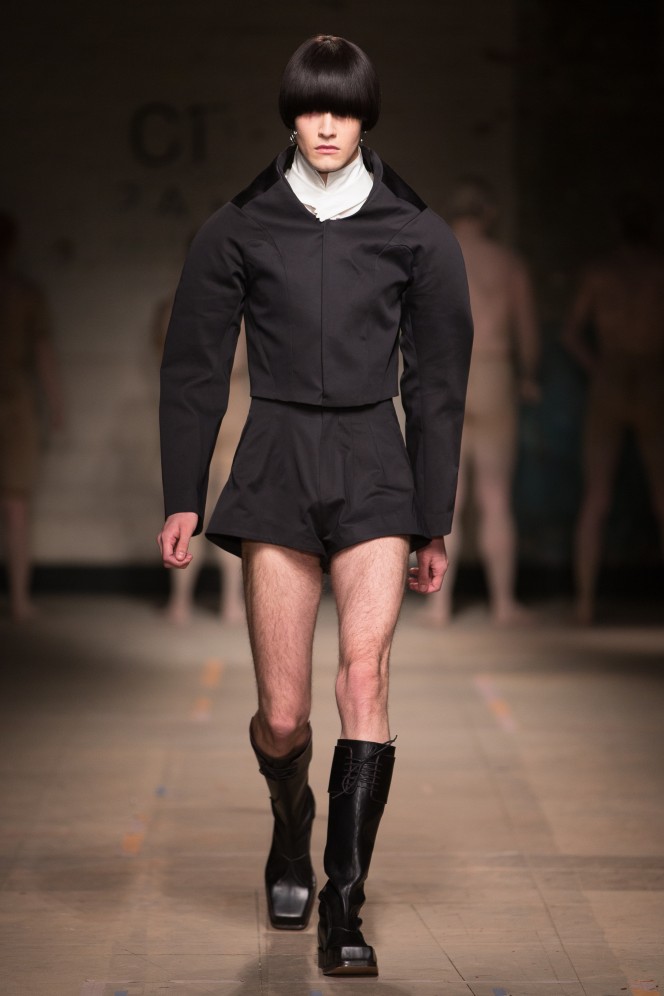 As the founder of the Vogue Fabrics club-night LOVERBOY, Charles Jeffrey knows something about creating fevered pageantries of oddness. This season, his third and highly anticipated show for MAN was a response to young creatives’ current social struggles. Jeffrey described it as “teenage obsessions, primal urges and the continuous threat of corruption”.

It was the most intense fantasy staged by Jeffrey yet. The catwalk included a parade of body-stockinged dancers, and eight-foot-tall papier-mâché monsters – deformed, shadowy creatures à la Studio Ghibli’s masterpiece Spirited Away, representing adult-world fears.

As usual for Jeffrey’s shows, each model within the cavalcade had their own highly singular personas and intensities: a punk rocker beside an austere sci-fi villain beside a rake-ish gentleman in a pinstripe micro-mini kilt. His signature tailoring taking on new dimensions They’re all best friends in the glittering, egalitarian pastures of LOVERBOY.