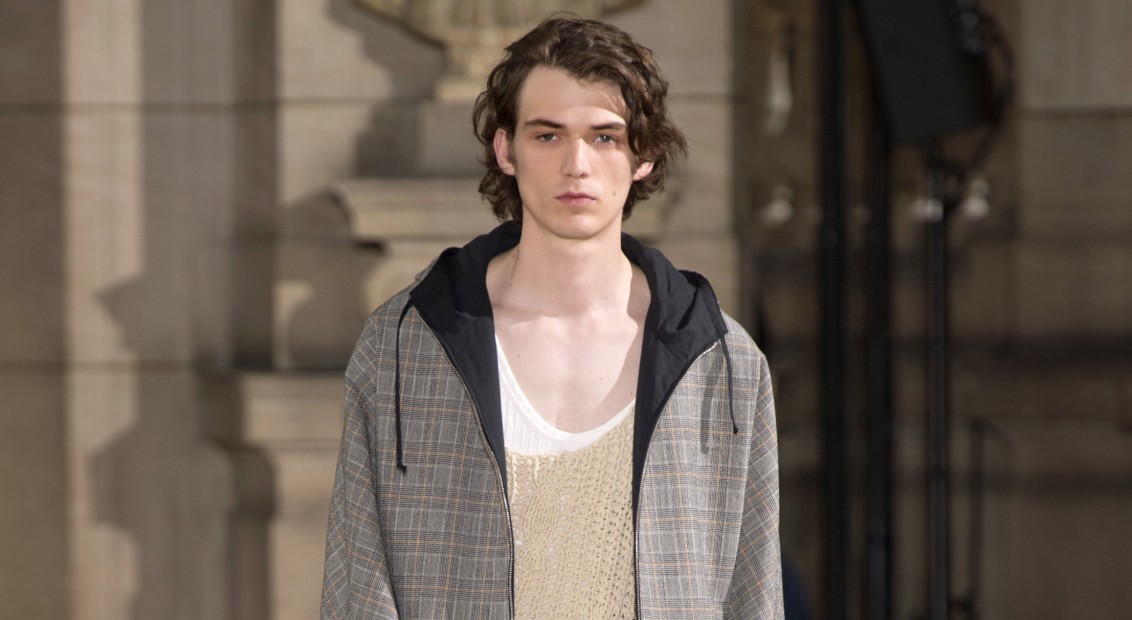 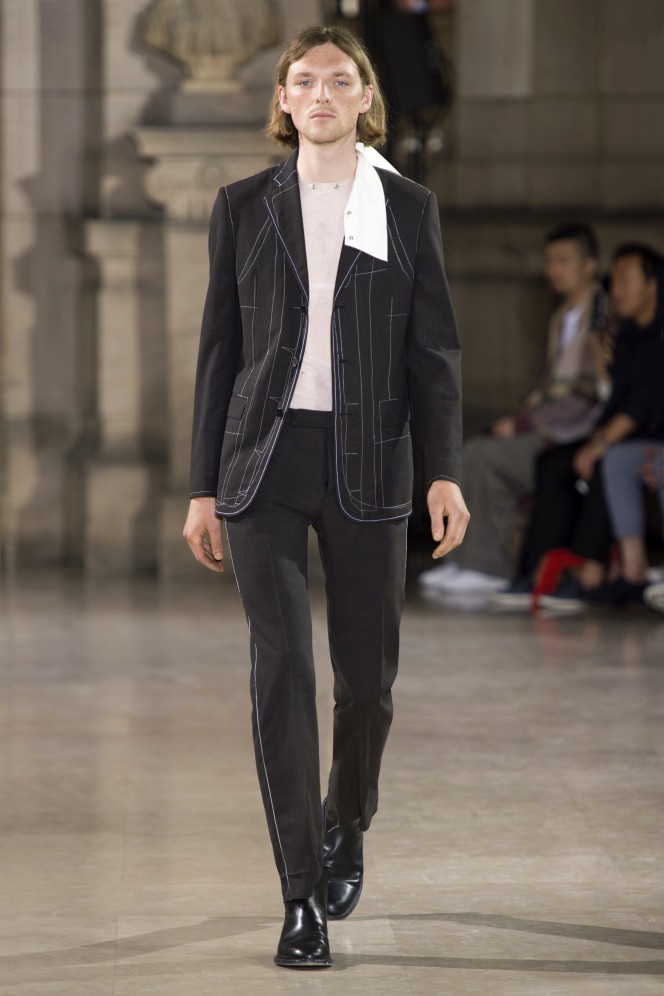 Both a named and nameless collective of designers, Margiela has always exuded an air of mystery. From the four white stitches of its iconic label to the repurposed materials that make up much of its fabrications, there’s a feeling of the house being an ‘unknown quantity’. And the curiosity it breeds is enough to maintain a tangible sense of hype from season to season.

The first look at the house’s SS17 show yesterday was a black trouser and jacket ensemble, tailored, but with its white stitching tracing the lines of usually hidden seams. Classic Margiela, flipping the guts to the outside for all to see.

Deconstruction is, of course, another cornerstone of the house, but for once this element felt relatively constrained. It’s strongest moment perhaps Look 28: a vest seemed to have been torn in half, leaving a sliver of shoulder exposed and the other half of the model’s chest garbed in near-clear white. Ghostly.

Elsewhere, the focus was on relaxed cuts and over-proportioned silhouettes. Flowing silk shirts cast with scenic prints and sly foxes that looked straight out of Wind in the Willows, or The Animals of Farthing Wood. There was a certain romance to their outline, draped loosely over shoulders and in some cased layered. Trench coats were redone with an air of subverted bravado. Minimalist drama, without the ego.