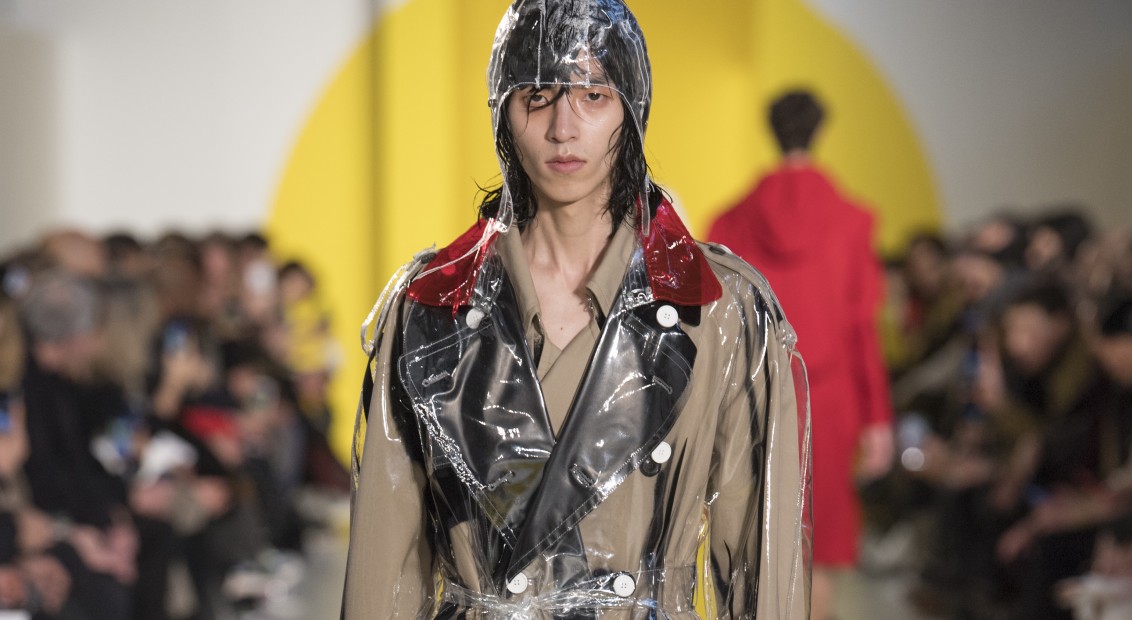 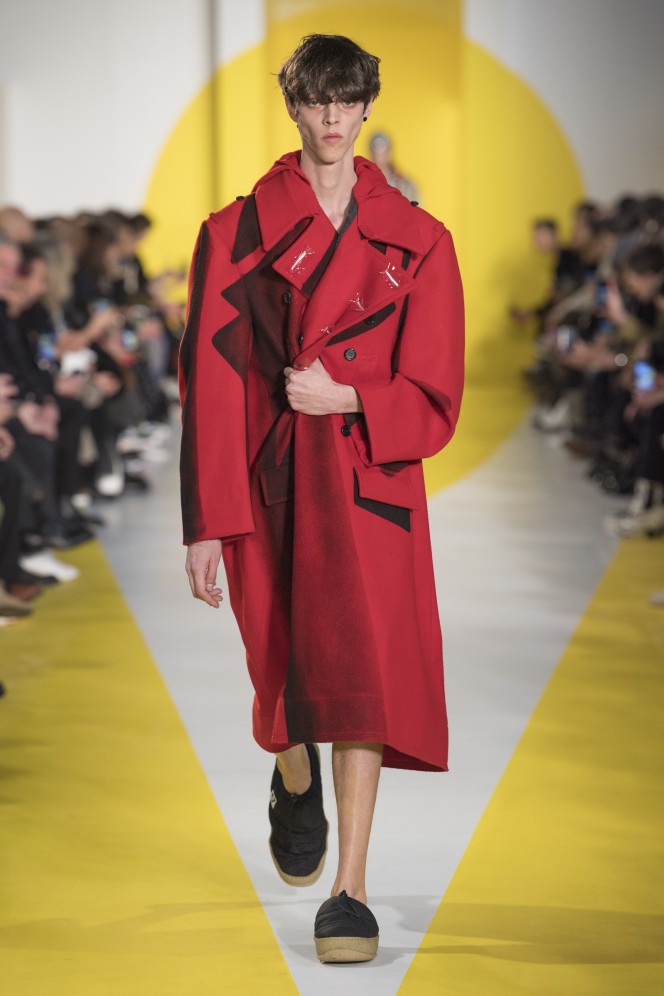 When John Galliano was first revealed as creative director at Maison Margiela several seasons ago, there was a clamour over how his eccentric melodrama could possibly work inside a minimalist house. But, beneath its white exterior, Margiela has a colourful inner life, and deeper, more abstract codes that marry well with an outsider way of thinking: the deconstructed tailoring, the tension of the sartorially appropriate and inappropriate, the focus on object as art. All of these signatures came through in Galliano’s first menswear collection for the brand, which kicked off Friday morning.

There was a close relationship to the last women’s Artisanal collection. Here too, they were “dressing in haste” – without even a second to heed Chanel’s advice of taking one thing off before you leave the house. In result, they walked out carrying travel pillows, wearing swimming caps, rhinestone chokers and rubber military buttons reminiscent of medals. Sure, the women of last season had a greater arsenal of pieces to pull from in terms of silhouette, but both were cut from the same proverbial cloth. Here, the emphasis was on a traditionally squared boxiness and big shoulders, while a décortiqué technique outlined the shape in exoskeletons that hung emptily and limp.

A newness arrived in the form of the Security Margiela Sneaker (SMS) that walked alongside the iconic Tibi shoe, and echoes of the past in the bias-cut suiting that put Galliano’s technical brilliance on show, recalling the beautifully fluid gowns made while he was at the helm of Christian Dior through the turn of the millennium.

The mix of perspectives and each of their semiotics came into play feeling coherent, and stronger for their relationship together. One unfamiliar one was a glyph of a triangle and circle, painted by Galliano himself it was marked along the stage, and on the back of a deconstructed Mackintosh coat. Galliano titled it a symbol for ‘synergy’, but as for the meaning, well that’s for you to uncode.