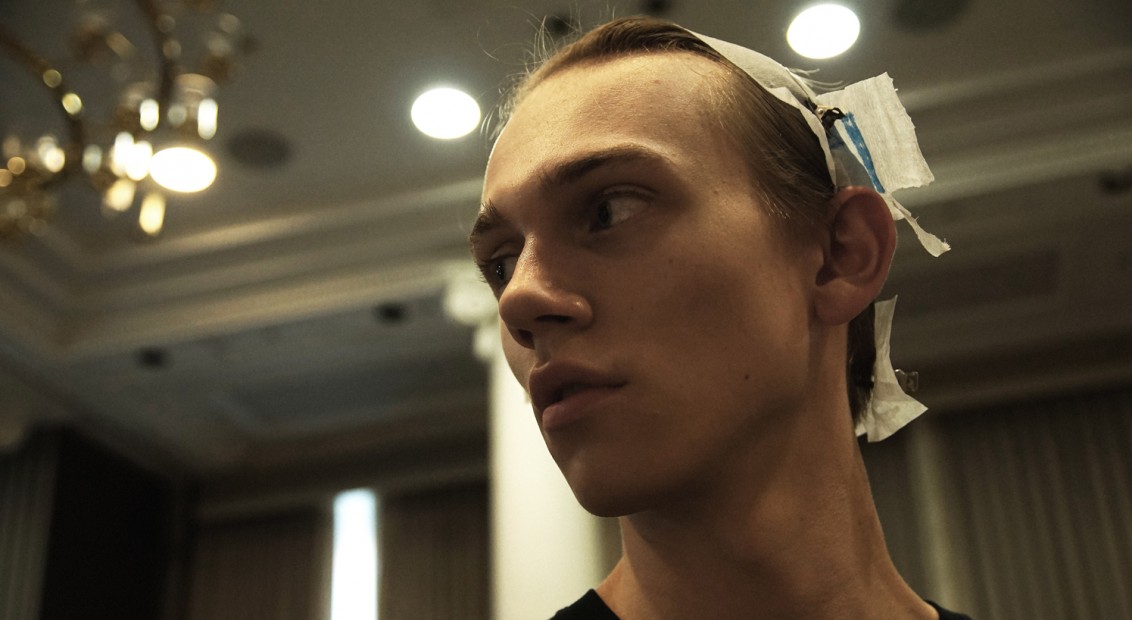 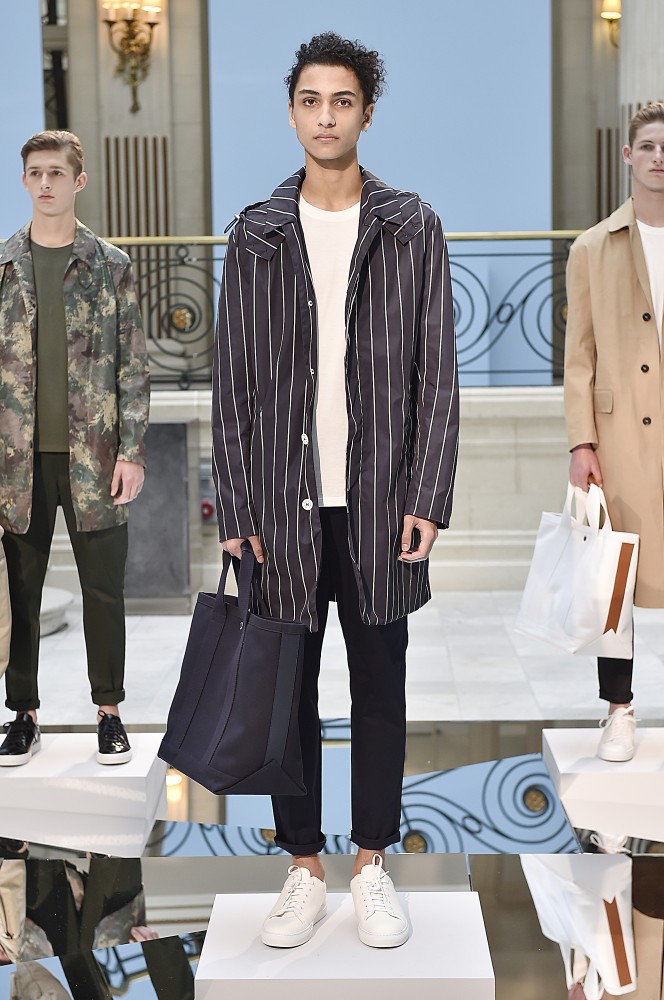 At almost 200 years old, Mackintosh truly is a heritage brand with both a rich history and deep rooted belief in quality – with everything they produce boasting ‘hand made’ status from their Scottish factory.

Showcasing their SS17 collection at the plush surroundings of the Palm Court Hotel, the space itself, and indeed the pieces, gave the impression of a man on the move. Reminiscent of a station, the eleven models appeared to waiting on a platform or in a departure lounge, each perfectly dressed for the journey.

Performance fabrics featured in almost every look, giving the traditional silhouettes a ‘dose of modernity’ – the premise of which was echoed by the use of a painterly camouflage print across several of the pieces.

Their signature mac was of course present – light, single breasted and in their house beige as well as a navy and white candy stripe. Following on from the success of the previous season, the Japanese denim pieces were back in the form of an oversized parker, mac and stone washed jeans. Teamed with patent slip-ons and subtle lace-ups, the looks were youthful and sophisticated. Standout pieces were a crisp monochromatic windowpane raincoat and their infamous cape which this time was cast in Liberty print paisley. 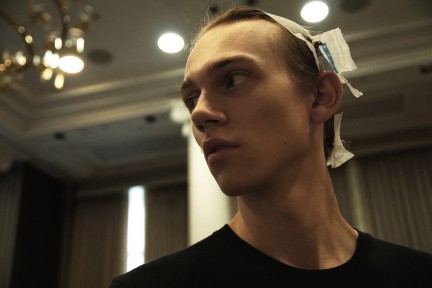