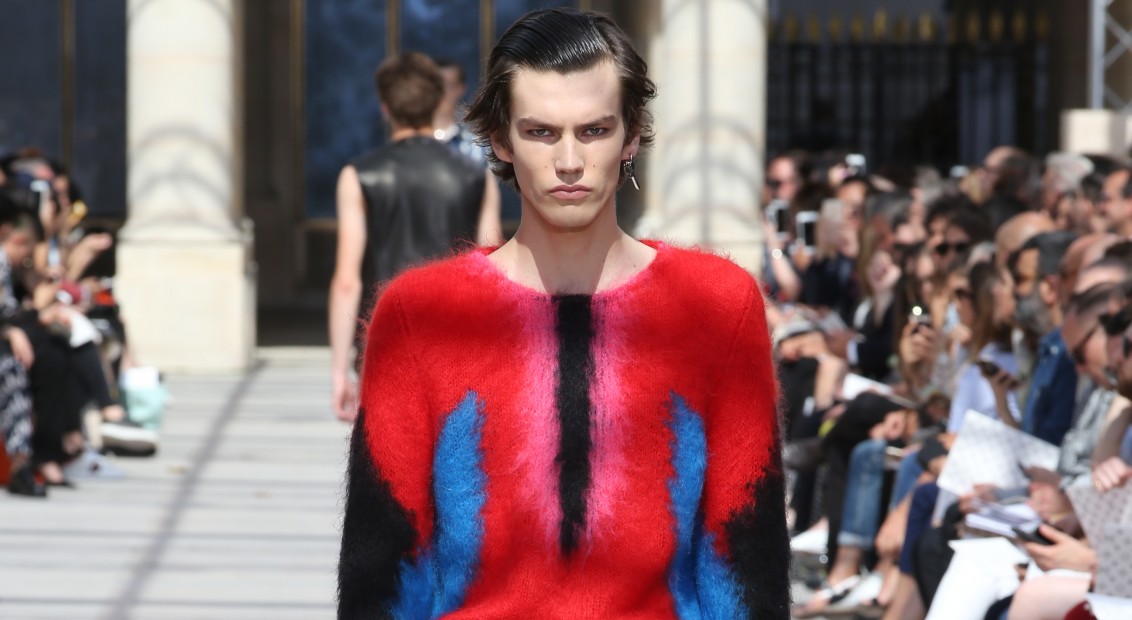 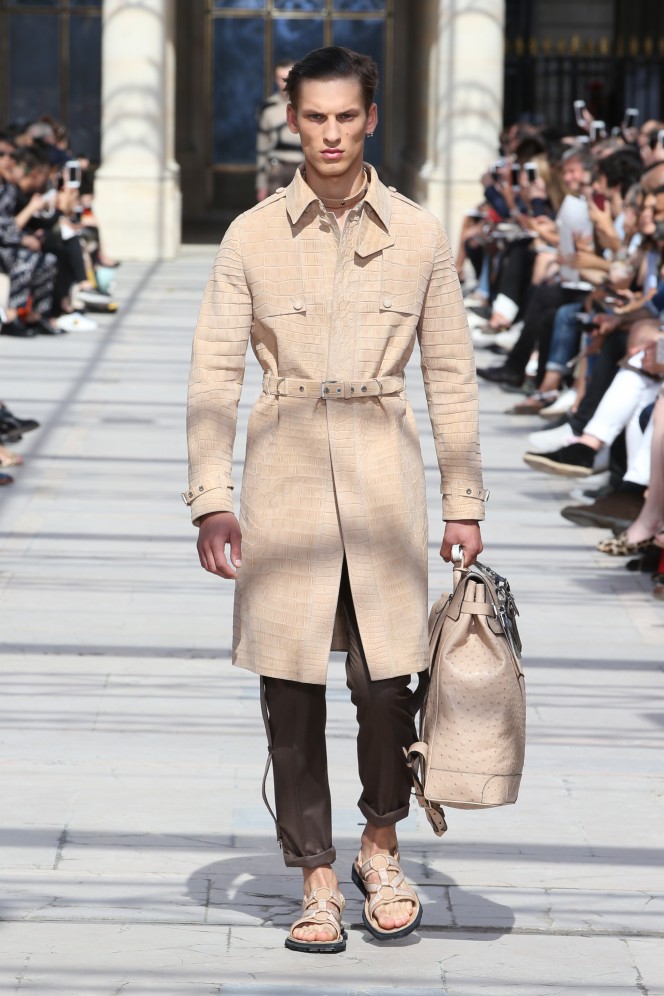 2016 marks the five year anniversary of Kim Jones at Louis Vuitton. In a climate of rapid fire heritage house designer changes, the length of the men’s artistic director time there is something of a rarity.

On marking such an occasion, this collection would of course feel like a celebration of it all, but Jones (being Jones) needed to do it in a way that was concentrated to the max. What’s the most potent subcultural movement you can think of in the last few decades? Punk, of course.

Cue creepers, worn with skinny trousers and mohair knits in animals prints from giraffe through to springbok. Classic punk yes – but, when done by Jones, elevated to Vuitton level, made relevant and luxurious. Then there were the vivid exotics in the form of safari prints and creature motifs that were cast across shirting and sweaters, courtesy renegade UK artist duo Jake and Dinos Chapman. And of course the archetypal punk dog collar, the ‘Baxter’, in a style originating in the Vuitton archives.

Jones was no doubt thinking about the likes of Vivienne Westwood and Malcolm McLaren when putting together the collection. And you could see it everywhere, from the slightly fetish bent of a transparent monogram jacket to the Bondage trouser- reminiscent strap that joined the front of the black coat in the last look. Considering this year London is witnessing celebrations to mark forty years of punk it’s a timely venture. But it also underlines the importance of music as a sphere of influence for Jones: Malcolm McLaren’s 1983 album Duck Rock was influenced by South Africa, South America and the Caribbean. Just as McLaren was creatively ignited by cultures from around the world, so too is Jones’ output constantly fired up as such.

Marking five years, this collection signifies a monumental achievement for Britain-hailing Jones, for Louis Vuitton – the French luxury house that was founded in Paris in 1854. It’s also a poignant moment for the European fashion industry on a broader scale. For after today’s devastating Brexit result, British designers will have a much harder time living and working abroad. As to the kind of run through effect it will have on creativity, who knows. But what Jones has achieved at Louis Vuitton is testament to the power of culture across borders.