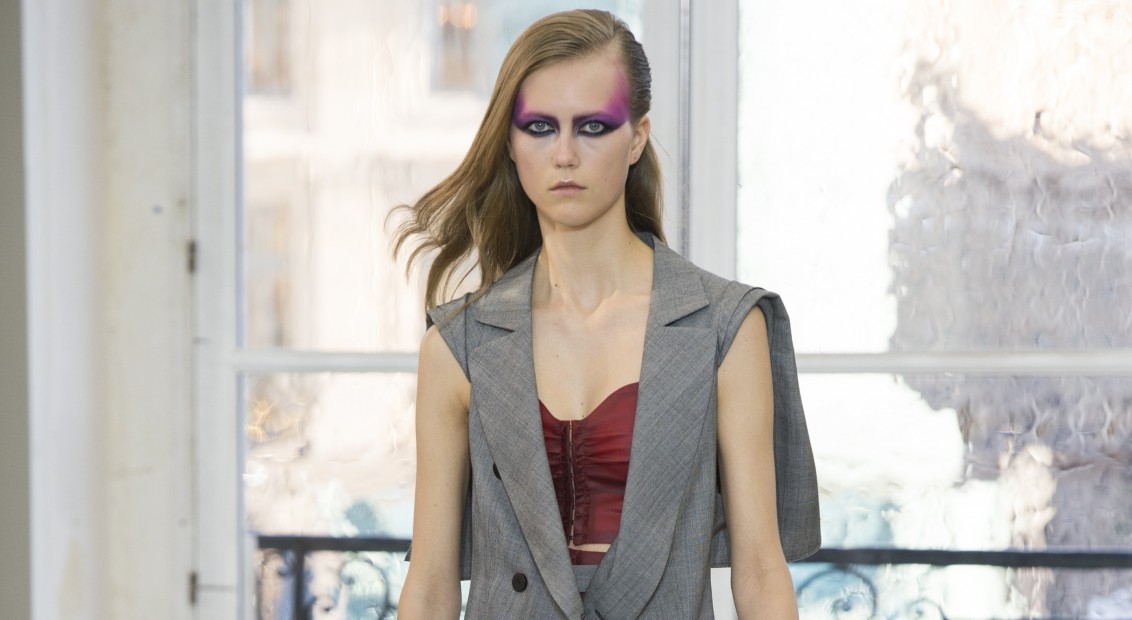 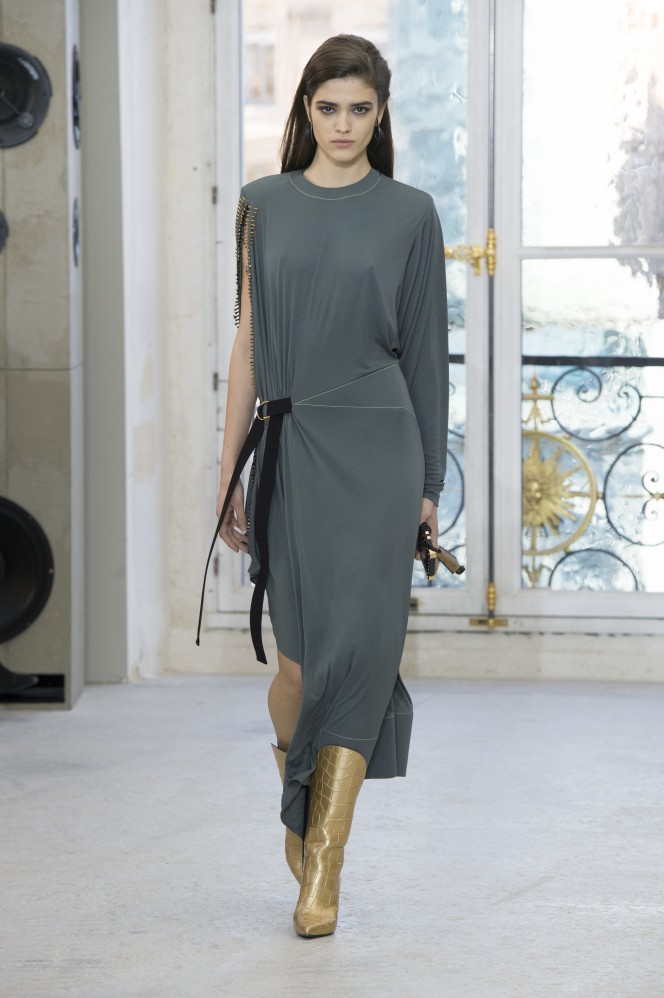 This morning, Nicolas Ghesquière held the Louis Vuitton SS17 show at the site of the house’s new flagship store on Place Vendôme, due to open next year. The vast concrete surrounds played an ode to Brutalist architecture while the exposed piping and the half finished stairwells made the space feel raw – a stark contrast to the designer’s regular slick show space at the Fondation Louis Vuitton.

The new setting played to the mood of the collection, which was at once luxurious, awash with edge and incredibly Parisienne (it was set in the heart of Paris, after all). Ghesquière explained that the inspiration for the collection was firmly rooted in Parisienne style; “Right Bank vs Left Bank, each has its own sartorial particularities and creative sensibilities,” he said in the show notes. “It’s about showcasing the fashionable atmosphere of Paris, a capital at the convergence of all fashions.”

Soundtracked by leading French DJ Michel Gaubert, the mix featured dialogue and music from Rive droite, Rive Gauche (also known as ‘As Right Bank, Left Bank’) a 1984 film about adultery starring Gerard Depardieu, Nathalie Baye and Carole Bouquet. That 80s strain carried through the collection with one-sleeved draped jersey dresses, polka dots and crisp metallic textiles. Power suits also played a major role here: “Men have never let go of the suit,” said Ghesquière. “Casuality for them is not accepted. Women can be more free, so I wanted to see how the suit could be made part of their wardrobe”. Ghesquière reworked the corporate suit into contemporary silhouettes, keeping the shoulders bold combined with sharp tailoring cut at dramatic angles. The looks were completed with big hair in deep side partings, maximalist eyeshadow and show stopping block heeled cowboy boots. It was a very Vuitton take on 80s French chic, Ghesquière flexing his finely tuned ability to balance structure with flow, form with function.