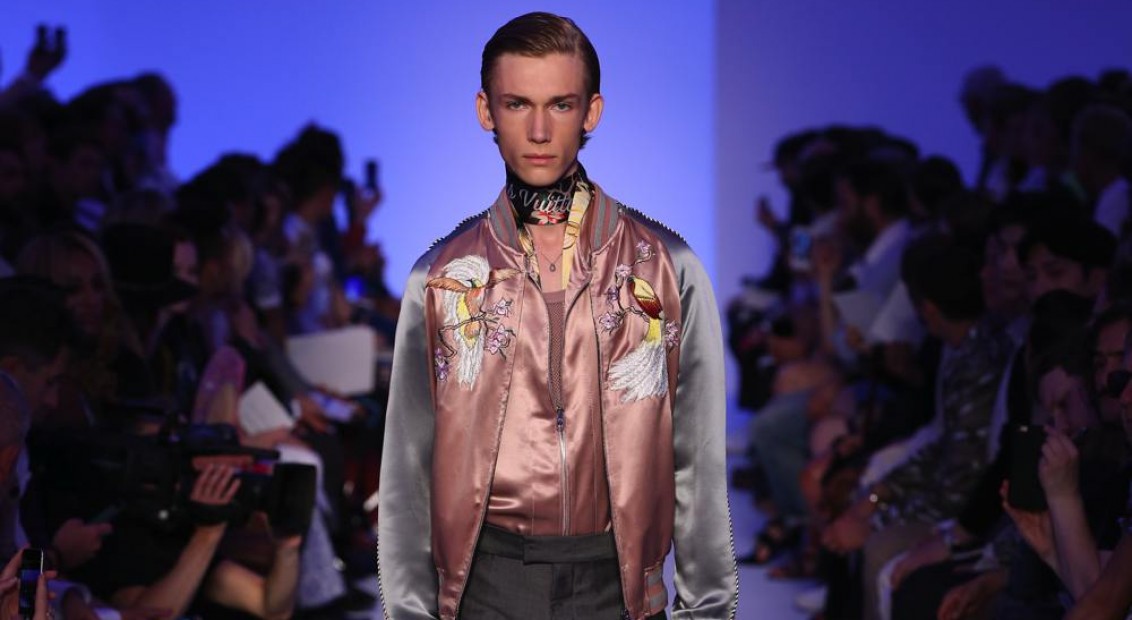 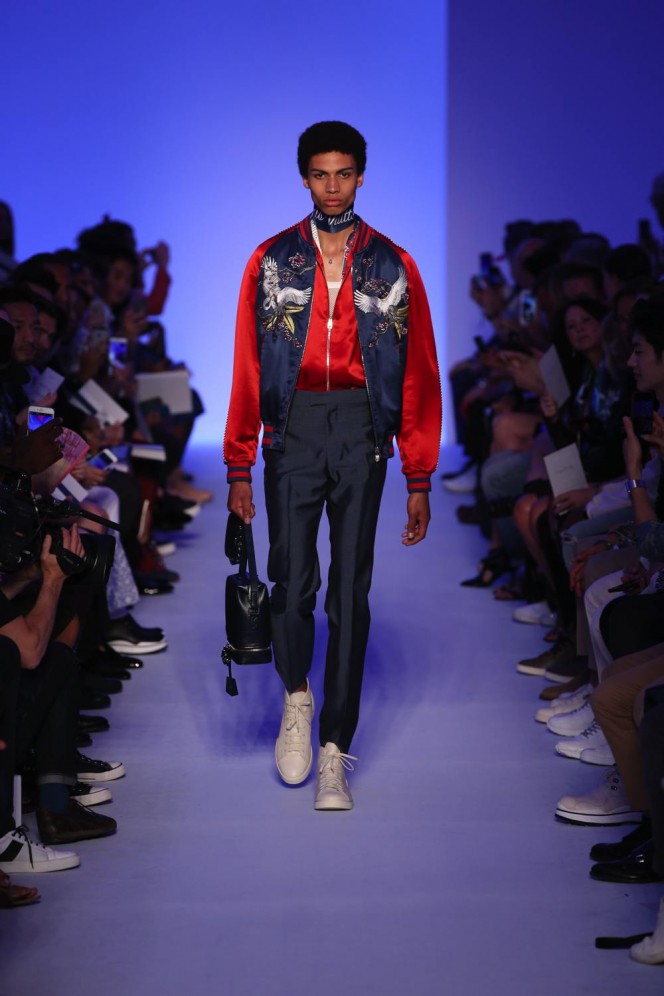 Kim Jones works wonders with a reference. It’s the trait of a designer with pulling power – the effortless ease with which they can draw influences from everything they see and touch, from the places they visit to the ones they make up in their heads. With Jones, the most magical often comes via a combination of the two.

Boys took to the catwalk yesterday clad in an emotive and imaginative take on the East. Specifically, Japan. A smooth step forward from last season, Jones’ impeccable tribute to the late designer Christopher Nemeth, whose Harajuku-based work was most strongly been repurposed by Tokyo youth tribes in his time – and now. SS16 ventured both inwards and away, via Japan, China, and facets of Indonesia. Most obvious was the embroidered silk strain that ran from first look to last, the detailed silk bombers we’ve seen rise in more than one SS16 collection given the Jones treatment in shocking shades of red and blue and gold, delicate cranes nodding to Japanese tradition. Also the monkeys and birds of paradise that played across luxe silk shirt and shorts twinsets (just, yes). Not to mention the cultural flip seen in Jones take on American workwear, transformed with an Asian bent via shimmering blue silk denim with white topstitching. Elsewhere the preppy black striped tennis top and matching shorts, endearing in their classically overblown American appeal.

Then the detail. Some of the most impressive construction out there takes place at Vuitton, here it surged through subtly. Take the completely reversible organza-backed lambskin pieces, or the hand dyed pearls that were incredibly intricate in themselves. These were the quieter points on what overall was was an accessible, readable collection of pieces men will wait on long lists for – many shallowly for the sake of these pieces’ seasonal lens appeal. Look closer and you’ve got intellectual, culturally adept pieces that will last wardrobes the longest time.