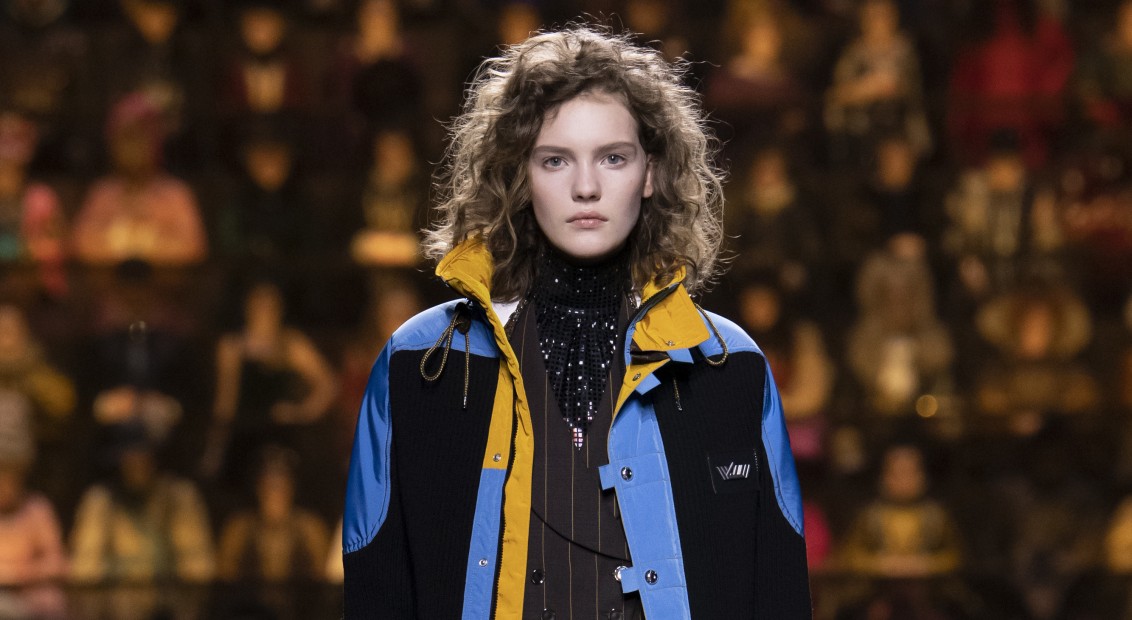 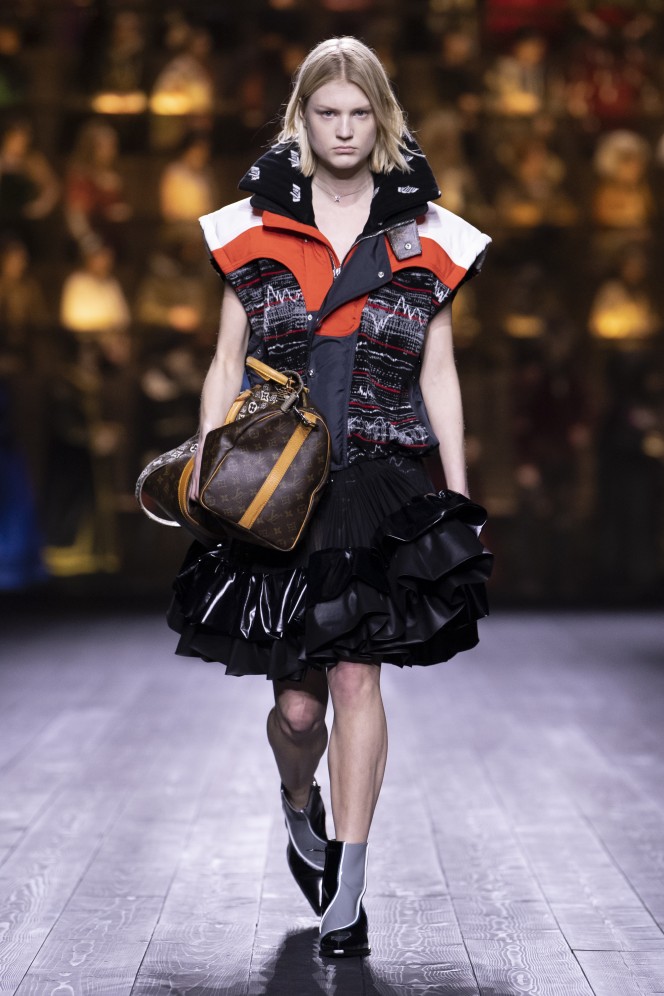 Ever the educator, Nicolas Ghesquière invited his audience to experience a fashion history lesson that spanned the centuries. A show in every sense of the word, Louis Vuitton’s creative director enlisted 200 additional spectators to add a theatrical element to the proceedings. Dressed by award-winning costume designer Milena Canonero who worked closely with the late, great Stanley Kubrick on both The Shining and A Clockwork Orange, each of Ghesquière’s characters wore a costume which reflected a period in time ranging from the 15th century to 1950.

Ghesquière’s intent was to traverse the past, present and future, as a live singing soundtrack devised by musicians Woodkid and Bryce Dessner filled the show space to mimic the effect of a choir. “Anachronism becomes an attitude,” explained the designer’s notes, as 90s-flavoured colour-block ski jackets were offset by voluminous skirts. This dichotomy between delicateness and durability pervaded the collection. A Mod-style collared floral jacket was tucked into an embossed leather pencil skirt, while a traditional tweed blazer was styled with leather trousers decorated with front zips that opened at the knee. However, the defining silhouettes were the ruffle skirts that came in manifold forms. Whether made from nude chiffon tiers that transitioned into black leather or featured under layers in metallic gold and silver, the petticoat-inspired pieces were emblematic of Ghesquière’s vision: fashion often references the past and is always evolving.