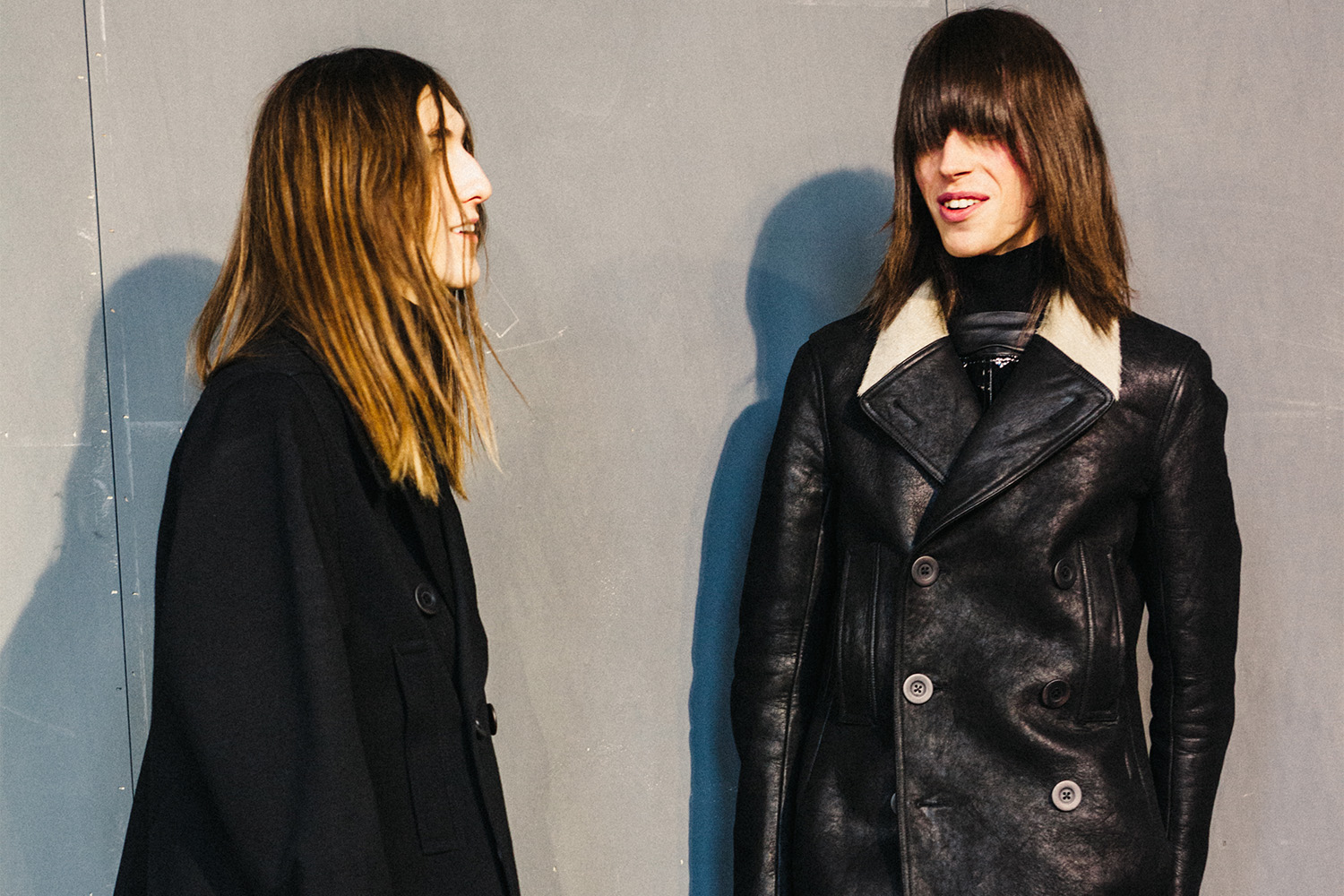 Louis Vuitton’s Men’s Style Director, Kim Jones, credits the late Christopher Nemeth as ‘the most important [male] designer to come out of London’. It’s a statement no one should take lightly; Nemeth was a central axis to The House of Beauty and Culture, a writhing collective of artists, designers and the fabulous that has remained relatively obscured by history for the global majority, celebrated only in certain back rooms of the fashion industry. That is until now.

One of the defining moments of the season so far, Jones’ moving homage to Nemeth is also one of his important collections during his tenure at the French malletier. From look to look the browns and camels of Vuitton’s travel-lux heritage passed by in sophisticated veneration, with Nemeth’s hand rendered rope illustrations reimagined out of cork applied to cashmere crews, and ingeniously etched by lasers into shearling pea coats. The artistry and craftsmanship of this collection is emotively apparent. Judy Blame, another HOBAC figure, leant his unmistakable touch to accessories. Jones also reached into LV’s own rich archive and reinvented the brand’s Damier canvas which he then worked across, to list but a few, overcoats, jackets, turned-up wool, mohair and silk flocked trousers. Grounding each look with brilliant cut out and technical rubber soled shoes or boots, the sense of destination and purpose is palpable.

Jones describes Nemeth as embodying all that is London, from Savile Row to the street and then the onto club. This season comes with not only the sincerity of a hardcore fan (that Jones is), but the fact he is a brilliant menswear talent in his own right. It’s a 2-for-1, in Paris, at one of the world’s most prestigious houses. A mindblowing tribute.