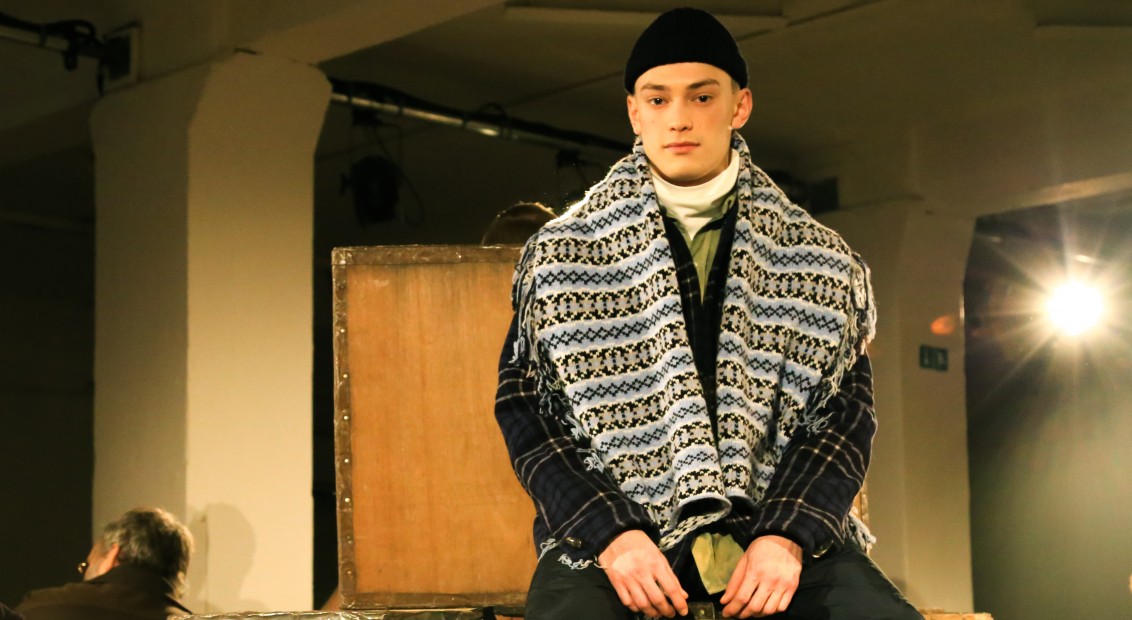 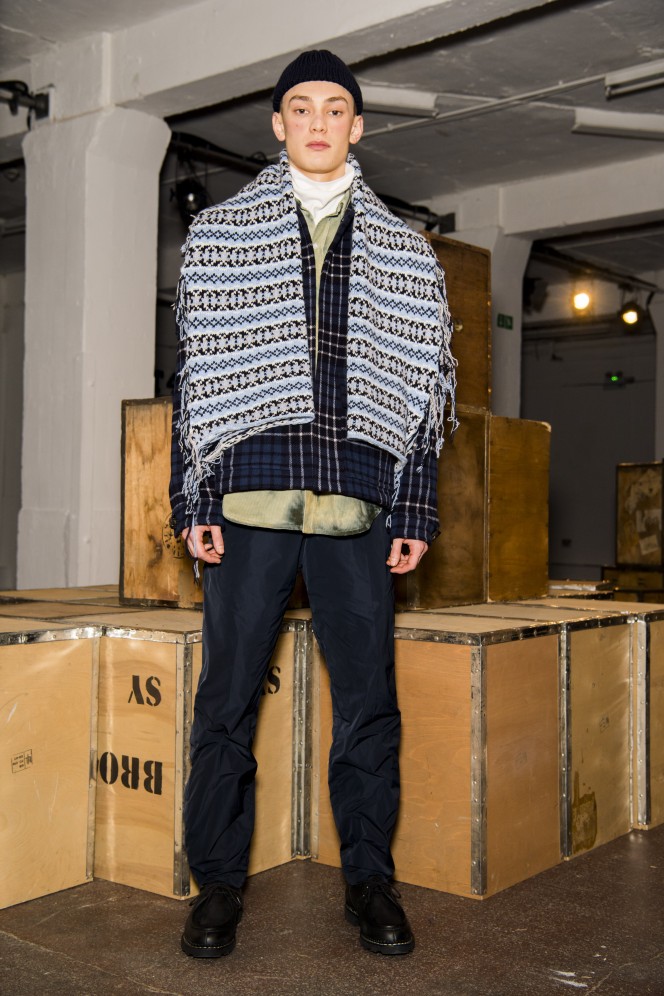 The past few years have seen society nosedive into the murky world of fake news and ‘post-truth politics’, leaving ethics and common sense behind in favour of greed and corruption. Yay.

Delving into this seedy sphere, Lou Dalton’s FW19 collection looked through the history books; pausing on those figures who revealed “false reality” created by incumbent rulers and regimes through their work and art. In particular, the London designer honed in on the work of Azerbaijani artist Tahir Salahov. One of the leading figures in the ‘severe style’ movement of the 1960s Soviet art scene, Salahov is renowned for his raw and honest depictions of life under communist rule, in particular looking at the industrial workers of the Stalin-era years.

This reference point translated across utilitarian silhouettes rendered in an earthy palette with splashes of red and blue, much like the tones used by Salahov. Checks and stripes featured throughout, especially across cosy knitwear in collaboration with John Smedley. Elsewhere trousers varied in volume from wide leg to slim and tapered designs, accessories boasted chunky scarves and warm beanies, while outerwear pieces saw Dalton collaborate with British brand Gloverall – including a new take on their signature duffle coat worthy of the bitter Russian winter. 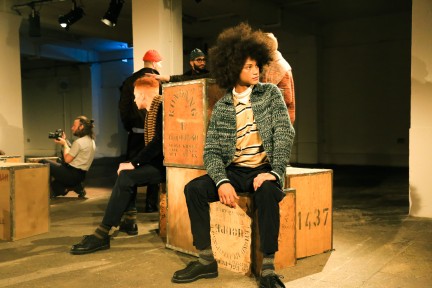