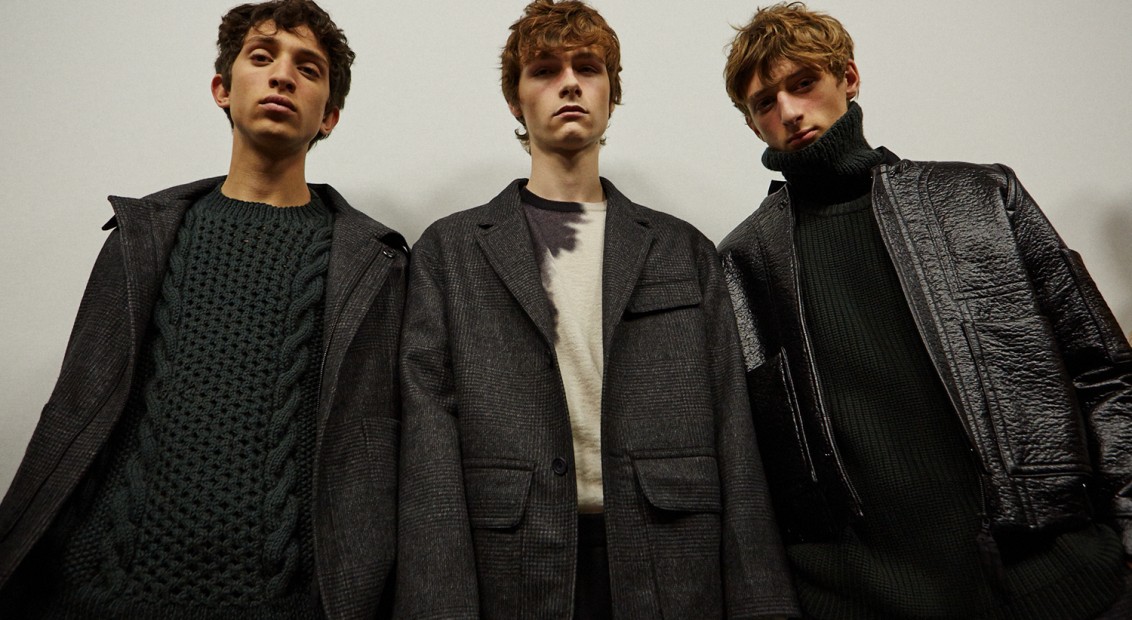 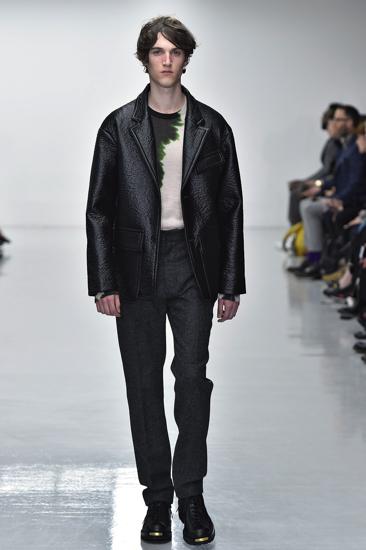 Focusing on the North – not Yorkshire, but the North-North– was Lou Dalton’s starting point for FW16. Specifically: the Shetland islands.

Burly fisherman, oil-rig workers and Shetland’s barely touched habitat coexist within the harsh waters of the North Sea. Signposts like these helped Dalton visualise key components like the suit jackets and wide-legged trousers made from wet-look neoprene.

Abstract constructions of traditional, tailored separates were a highlight: shoulders were dropped, to what at first glance looked like a classic set-in sleeve, until you saw the back and noticed half a raglan squared-off where the shoulder seam would’ve existed. Hybrids like this exemplified Dalton’s sensibility for subtly flipping craft on its head in search for something new. Despite the tailoring – that typically comes with strict, boxy structures – garments were loose, relaxed, and puffed up, like her MA1s (in a muted tartan) and seamless knits. 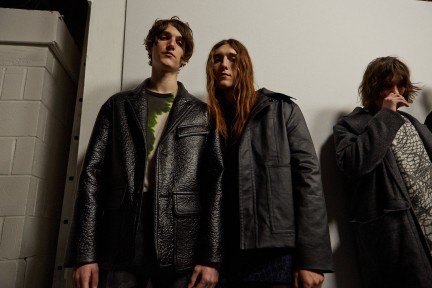