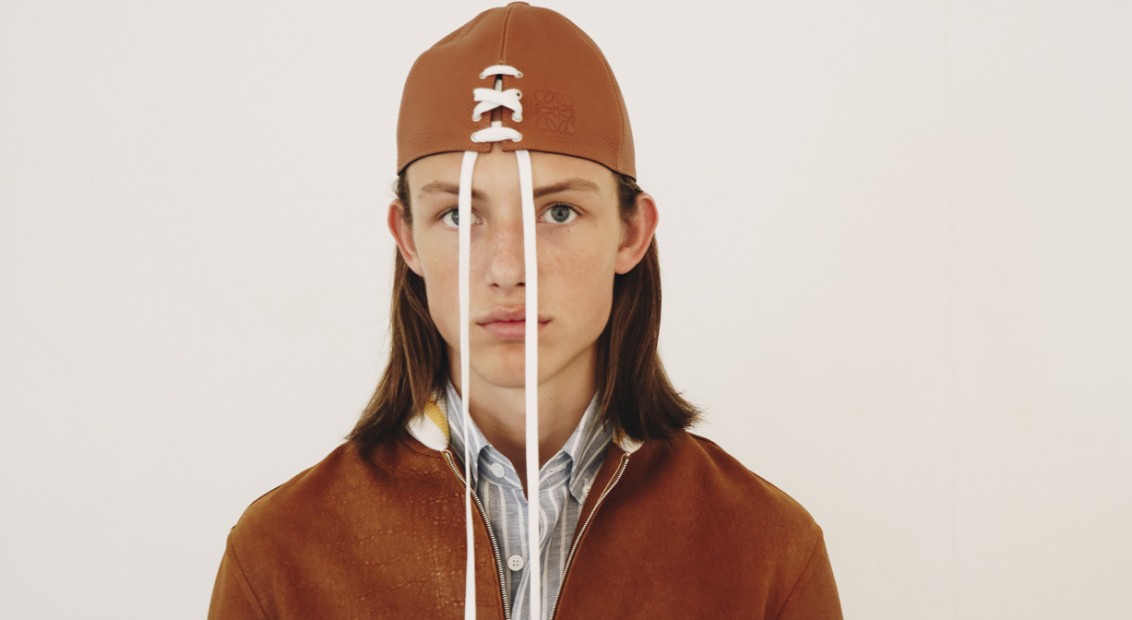 Spanish luxury with British innovation has become Loewe’s signature since Jonathan Anderson’s appointment as Creative Director in 2013. One of the busiest men in the industry, Anderson divides his time between his eponymous label and Loewe, producing men’s, women’s and accessories collections – not to mention his continuous array of collaborations, talks, exhibitions and publications.

For SS18, the fashion press gathered at the label’s Saint Sulpice atelier/showroom, where Anderson continued the narrative arc established in previous seasons, that of ‘Life by the sea and an adolescent imagination’. The designer explored the theme via looks that echoed Peter Pan via small pointy hats and naive skull and cross bone designs on the pieces. A feeling of crafts and artisanal design, reminiscent of the Andean craft of Ecuador and Peru, also ran throughout with oversized stitching, patches, striped patterns, intricate appliqués and colourful embroideries on slippers, shirts and bags.

Skin was also on show – more so than any previous collections – with midriff baring tops and knitwear and a number of short-shorts. A highlight was also a brand first, its take on the men’s suit, a minimal design in extra fine ultralight lilac mohair with contrasting yellow line/patterned design touch on the jacket. In a nod to its leather goods heritage, Loewe also included several totes, bags and backpacks to accessorise the season. Alongside the presentation, Loewe also launched their ‘seasonal publication’ for the collection,  shot on location at the legendary Salvador Dalí’s house in Cadaqués, Catalonia, you can download this free on iTunes. 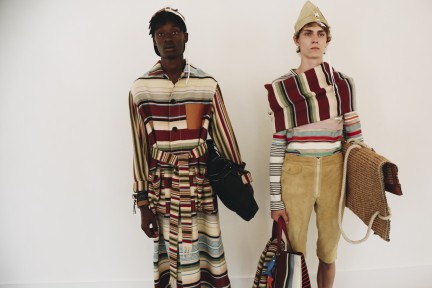