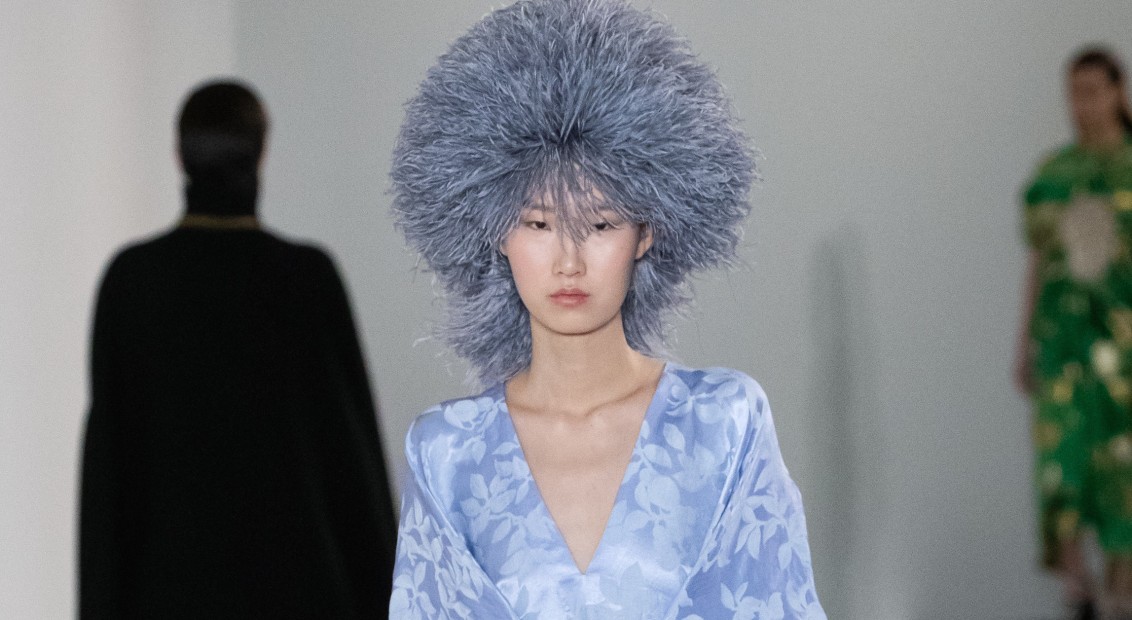 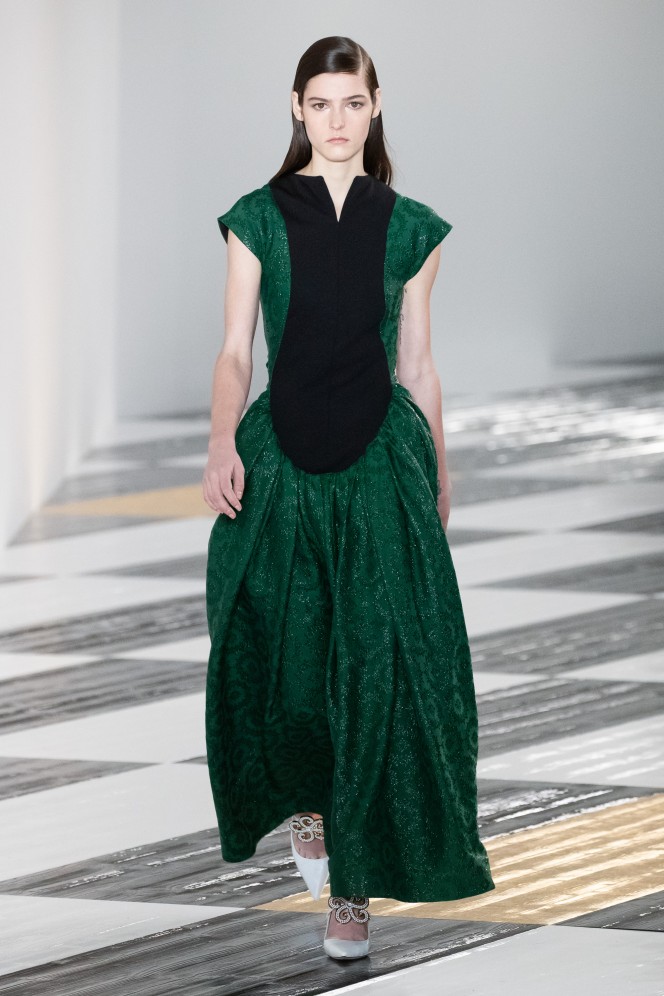 Jonathan Anderson has always found joy in fashion. Whether working on his own line or crafting collections at storied Spanish house Loewe, where he’s worked as creative director since 2013, the designer toys with colour and shape in a way that conveys sheer pleasure. FW20 was no exception: drawing from traditional Spanish iconography and the work of ceramicist Takuro Kuwata, the collection brought a sense of vibrant experimentation to the runway.

Texture was a key fascination: glimmering teardrop dresses were gathered at the waist with matte black panels, whereas one sapphire blue look came with an oversized ruffle that spilled over an austere bodice. Flamenco was a core reference point, inspiring grandiose evening gowns which contrasted tight, bodice panels with voluminous sleeves. Jumpsuits billowed out into loose, extreme silhouettes, and a series of shaggy, feathered headpieces added a playful touch.

New interpretations of Kuwata’s colourful prints added the final touches to an unapologetically flamboyant collection, which celebrated fashion through a Spanish lens. It’s this combination of new experimentation and respect for Loewe heritage that defines Anderson’s tenure at the iconic house, bringing its signatures swiftly into the 21st century.