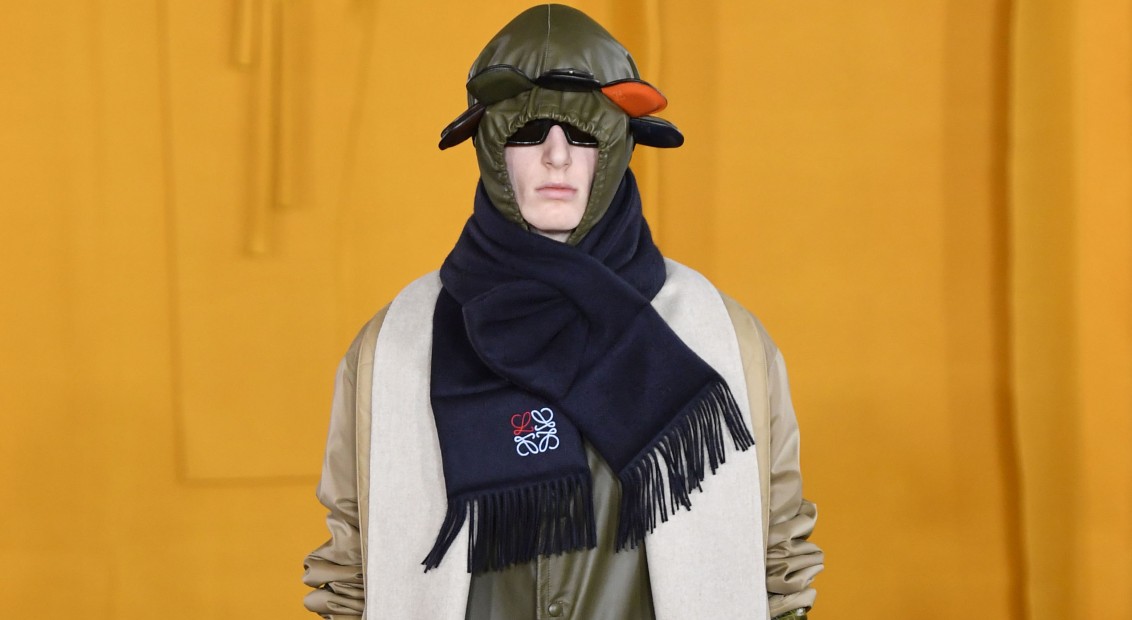 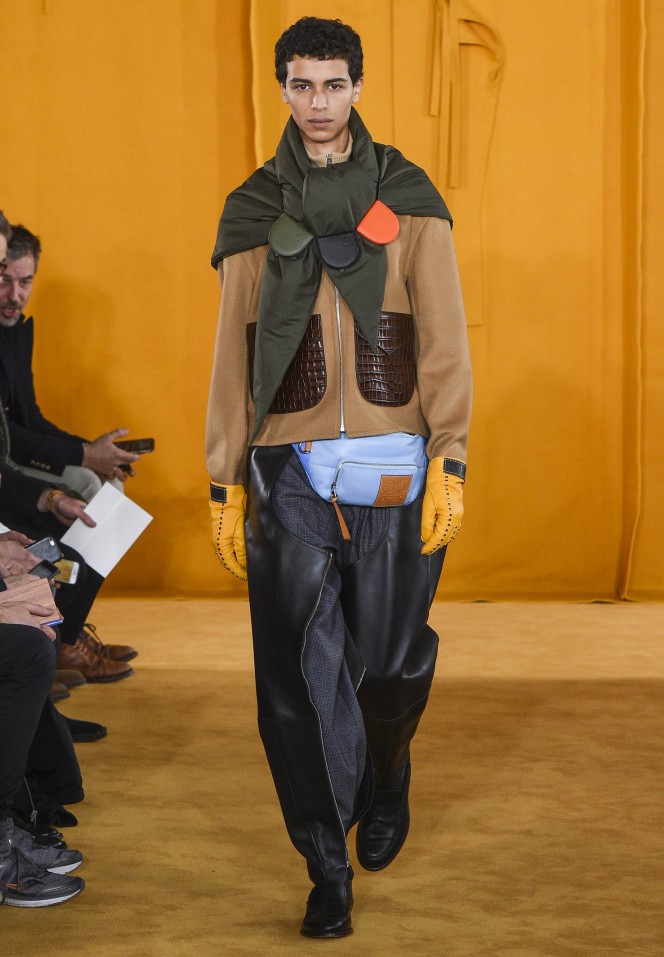 Jonathan Anderson is having quite the busy week. Following his first JW Anderson menswear show in Paris on Wednesday, he’s back again with another debut: this time the first runway show for the menswear at Loewe. Yet if you were expecting a retread of the ideas he developed earlier in the week, you’d be mistaken. True to Anderson’s eccentricity and magpie eye for bringing together seemingly disparate elements within a single look, it was a delightfully eclectic mish-mash of a collection, that also managed to show off the extraordinary abilities of the Loewe atelier’s master craftsmen and their intimate understanding of leather.

To name just a few of these mind-boggling applications of leather to the most unexpected of garments, there was an olive green fishtail parka cut from a thin, airy leather; bags of woven leather that resembled crocheted raffia; and at the more bizarre end of the spectrum, a series of thigh-high roomy leather boot/chap hybrids that were unzipped all the way to the ankle, so that they seemed to fuse and billow with the similarly baggy trousers that sat underneath them. Yet alongside these more ambitious pieces, that will be catnip for editorial stylists (see: the blue striped shirt that popped at the shoulders with tufts of fur), there was plenty here for Anderson’s rapidly increasing customer base seeking beautiful knits or accessories.

Even if the runway format allows him to show off some of his more outré ideas to a broader audience, his uncanny ability to keep his eye on the bottom line is part of the reason sales of Loewe menswear have quadrupled during his five year tenure at the brand. And for the more extravagant dressers that flock to the label in smaller numbers, there’s that Marilyn Monroe shirt. Perfect.