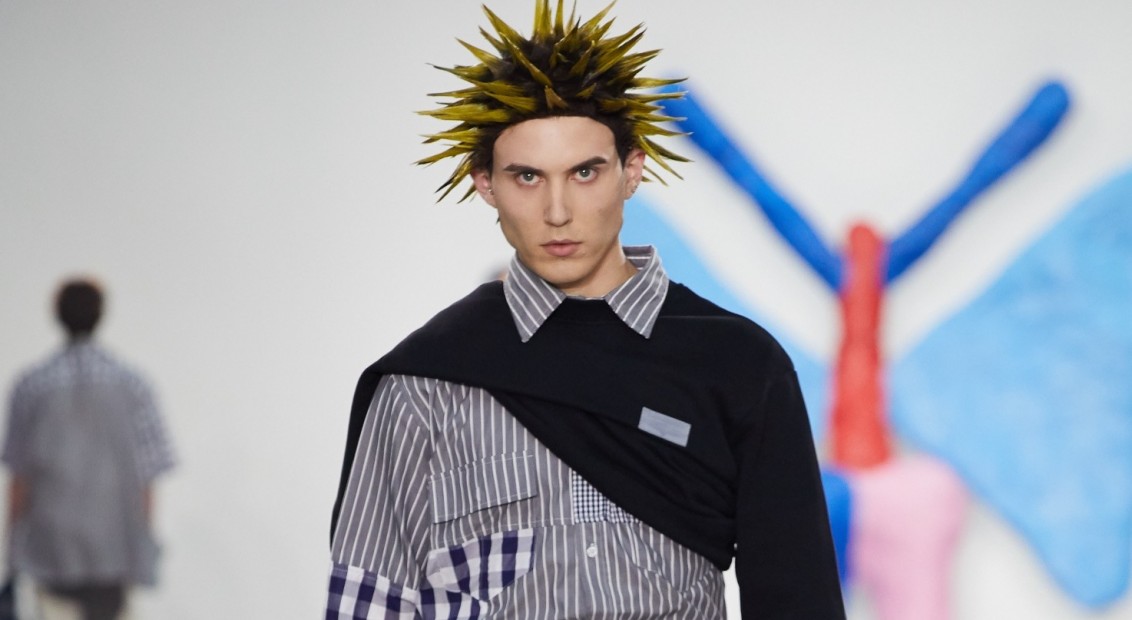 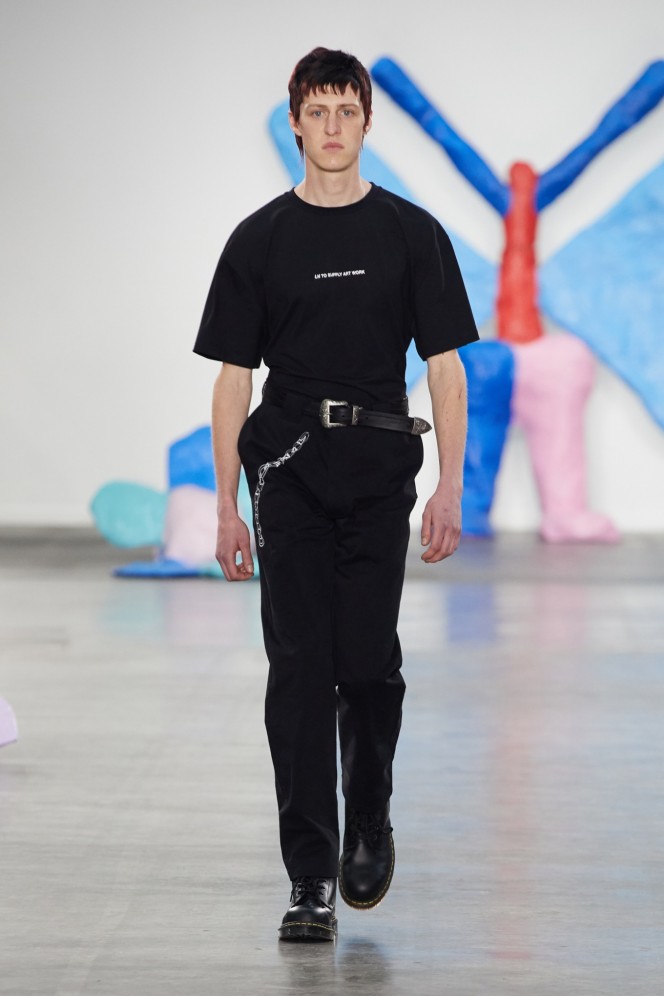 Having spun the clocks forward last season to present a cyber-punk march to the 4th dimension, this time around Liam Hodges took us back to the future, addressing today’s world via the sci-fi canon.

“It’s about looking at the pressure of social media, how everyone has these multiple personalities and is a bit schizophrenic, which is normal now,” he said. “Our starting point was realising that, and trying to understand how to deal with it, going back to a more primitive time but also keep going forward – mixing these ideas. We read lots of Aldous Huxley and drew inspiration from the movie EXistenZ.”

Like in Cronenberg’s 1999 sci-fi thriller, each character was built as if a pawn in a computer game. Distorted personalities were mirrored by sculptural-meets-punk hair and make-up made with Sellotape, but also by cut-out military trousers and contrasting patterns found on rugby shirts and denim separates. Slogans like ‘Meltdown’ and ‘The Future Keeps Coming’ echoed the feeling of anxiety in a post-social media age, while hand-painted graphic knits included thick cardigans and oversized jumpers knitted with clashing bright-coloured cartoonish patterns.

“This is still a digital collection, it’s still about future and modernity, but this time we’re trying to work out how future and history can co-exist,” the designer said. “It’s like a future version of history that isn’t like everyone imagines it – but a more fun one.” We’re sold. Sign us up, Liam.