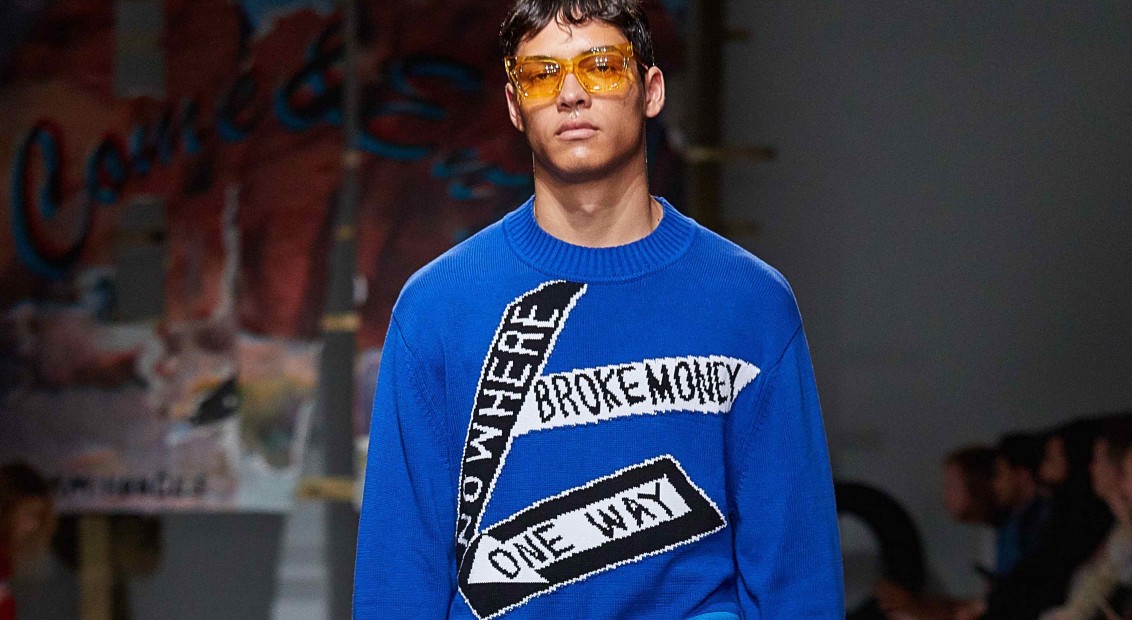 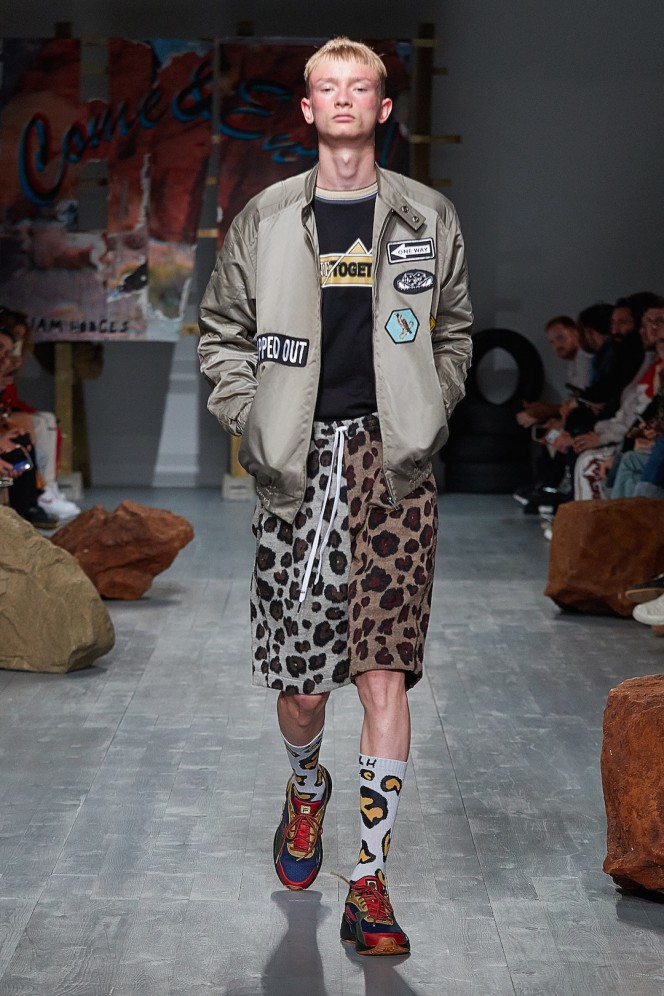 Liam Hodges is, by his own admission, fascinated by subcultural style and the rejection of ordinary. His look boards often have the appearance of gridded typologies, constituent parts of a whole clique, and Slick Trash, the designer’s SS19 show, took Hodges’ obsession to new heights. This was a cross-examination of surreal kitsch, the kind of garish aesthetic we’ve come to associate with the neon-soaked fantasy land of Las Vegas. As Hunter S. Thompson put it, “Too weird to live, too rare to die.”

Guests were invited to pick their way over large rocks obscuring the runway (bat country?), while a thick smog of apocalyptic light lingered overhead. Hodges was initially drawn to Sin City through a literary source: Donna Tartt’s epic novel, The Goldfinch, and this collection explored what he termed, the “hyper real”. Terrible (but subsequently great) tattoos, hawaiian shirts, cowboy boots and flame graphics, an exercise in normcore but repackaged in a way that felt like a warning, echoed by his admission in the show notes that, “No one I know wants to be ordinary.” Fantasy and fiction are alluring, but in the heat of the desert, you may discover they were just a mirage.