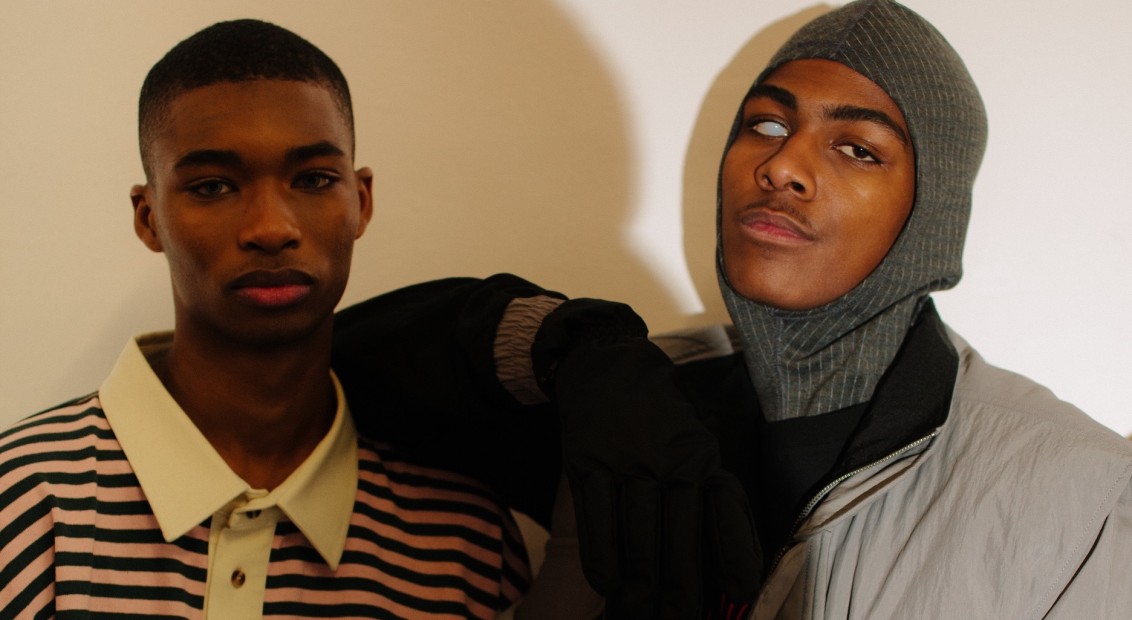 Into the 4th Dimension 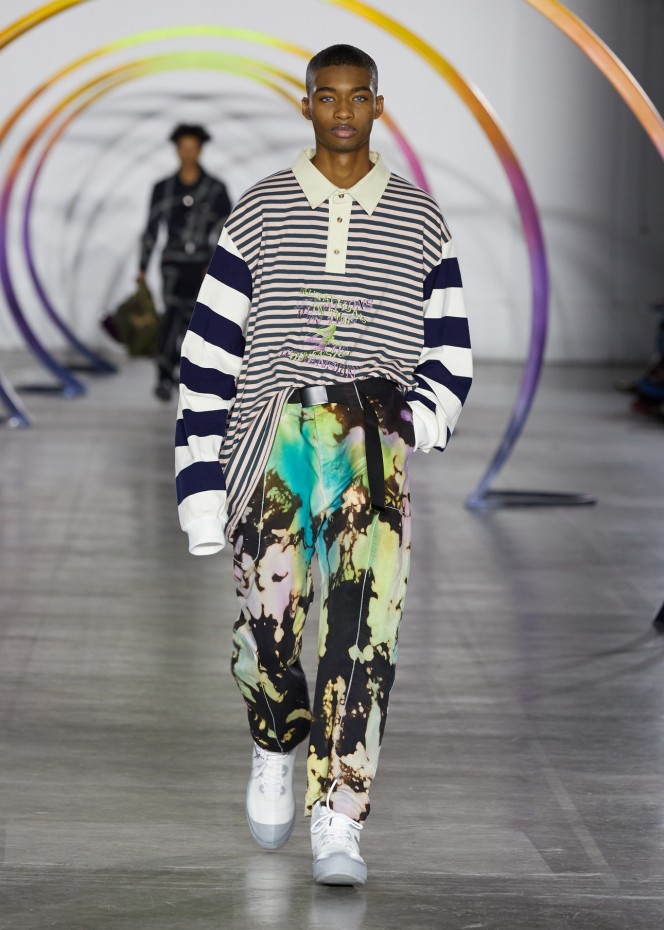 In an age where barely a week passes without news of some ill-advised franchise re-make or agonisingly contrived reunion, the currency of nostalgia is at an all-time high. New ideas are surrendered in favour of re-hashing tired concepts and originality is lost amid lucrative profits, but Liam Hodges has no intention of looking back on what is safe and pre-rehearsed, at least not without one eye on the horizon.

For FW19 he presented a collection resolutely fixed on future, a cyber-punk march to the 4th dimension studded with the aesthetic tropes of some not-too-distant post-Digital Age. From Y2K asymmetric graphics, to oversize skiwear produced in collaboration with Ellesse and shellsuit-esque tracksuits carrying the 2-D projection of a tesseract, this was ‘a new wave’, unafraid to get it wrong and unconcerned with what has worked in the past. Kaleidoscopic palettes, typical of Hodges’ playful ouevre, swirled over three-quarter length trousers and boiler suits, while milky contact lenses gave models the appearance of cyborgs – a nod perhaps to the impending future of biomechatronics that was later confirmed by prints of South Korean artist Lee Bul.

The show notes spoke of a collective mindset trapped between dimensions, a refusal to look back, wading through a netherzone of our own making. As the show reached its operatic finale, the message was clear: that in spite of the dizzying speed with which the world around us moves forward, the crisis we perceive as unfolding before us is, in fact, growing pains: a stomach-churning lurch into the unknown, in the face of which, we must fight the urge to look back. 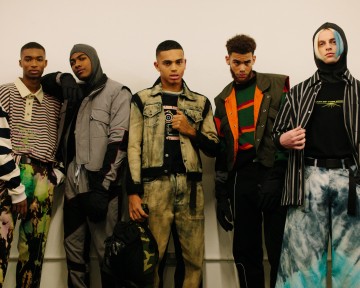