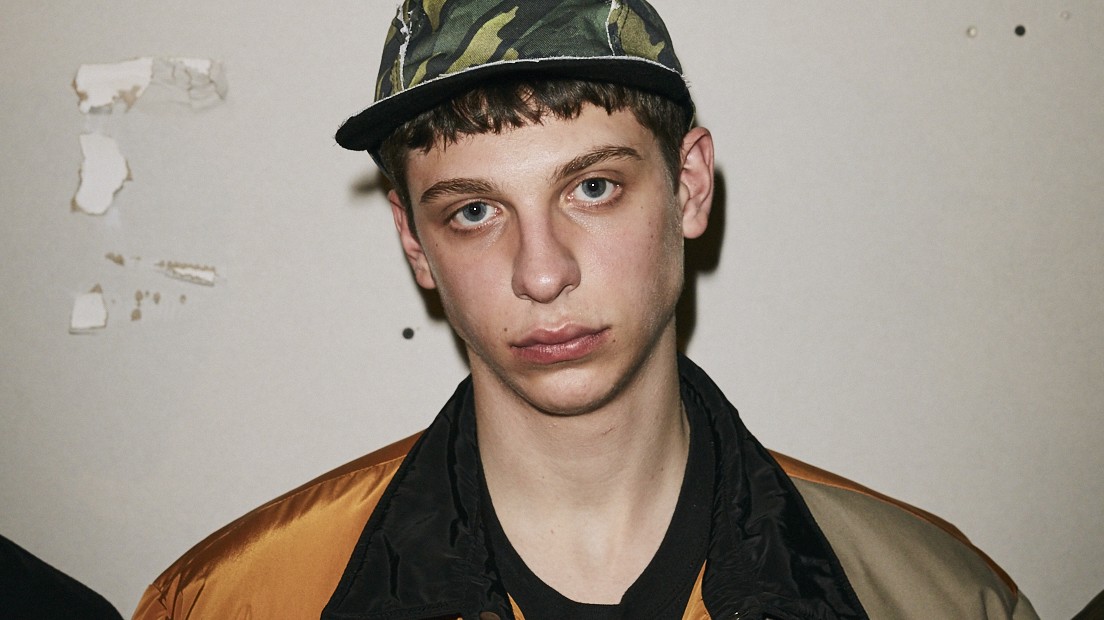 Now in his eighth season, RCA graduate and Fashion East designer Liam Hodges has garnered critical acclaim for his hard-edged, utilitarian aesthetic, which is often marked by a clever use of graphics and subcultural British reference points. “I’m always inspired by subcultures and groups of people who go against the grain a little,” said the design in his FW17 show notes.

The sentiment surfaced with acute direction in the show, encapsulated with its title, Dystopia – the point of reference coming from performance poet Hector Aponysus’s line “Looking for a vocation in the decline of civilization“. Workwear shirts were paired with the high-rise of tailored trousers with exaggerated panel detailing, indicative of Hodges’ quiet attention to cut and silhouette. Hodges’ dystopian mindset was one shaped around sci-fi reference points, from those Blade Runner-esque sweeping coats to one particular print inspired by the Total Recall‘s iconically buxom character, Mary the triple breasted sex worker.

The London designer’s signature patch-working was found on jersey sweatshirts, sweatpants and shorts all worn layered and finished with his anarchistic slogan. All in all, a fitting tribute to those secularised social groups that ultimately shape culture, and fashion. 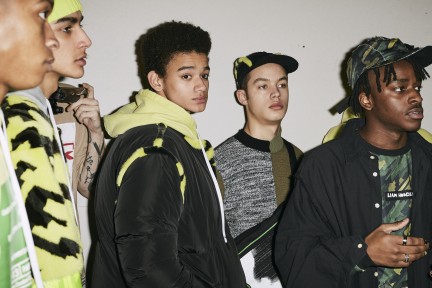