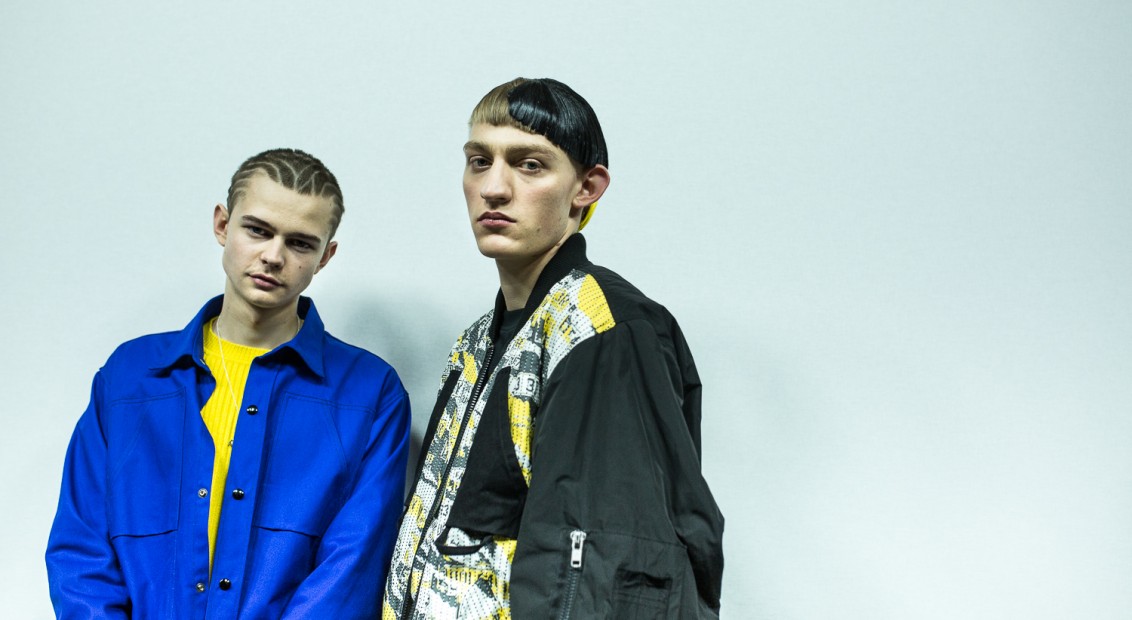 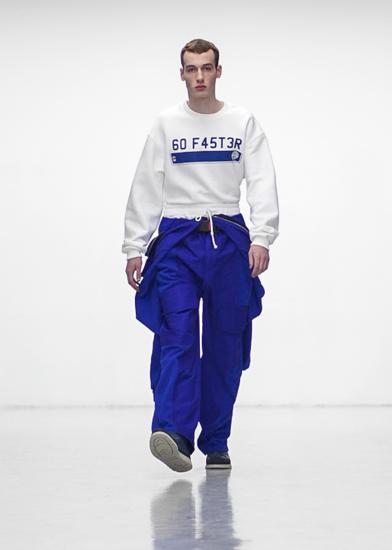 In November it was announced that Liam Hodges would be a NewGen newcomer, set to receive support from what is one of British fashion’s most esteemed incubators. Stepping out from emerging designer group show MAN – thanks to years of hard work acclaim from press – Hodges can continue to grow under the guidance of TOPMAN with the intention of joining the star-studded list of NewGen’ers, from JW Anderson to Katie Eary and Sibling.

British petrolhead culture – “modified, hot hatchback, flat to the mat, Japanese-import-loving, British car culture” – and oily mechanics were the targeted men in mind to build Hodge’s aesthetic. Those who instead of buying a new car stubbornly purchase some crappy old banger and customise it to hedonistic proportions.

Reflecting this was Hodges’ ‘personalised licence plates’ (with “60 F45t3R”, and “4M I 2 CL053” on a long-sleeved shirt spelt backwards) acting as graphics across joggers and jumpers. A ‘DVLA’ yellow and a grease-monkey blue were core components to the line-up’s colour palette. While patch-working constructions – something of a calling-card for Hodges – comes back, adding depth. Palladium Boots, a close collaborator of Liam’s, debuted a new silhouette at the show; it’s history of DIY design (using canvas and vulcanised rubber left from supplying the aviation industry during WWII) clicks with Hodge’s imaginative nonchalance. Greasing up never looked so great. 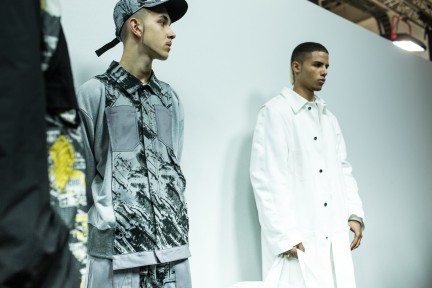