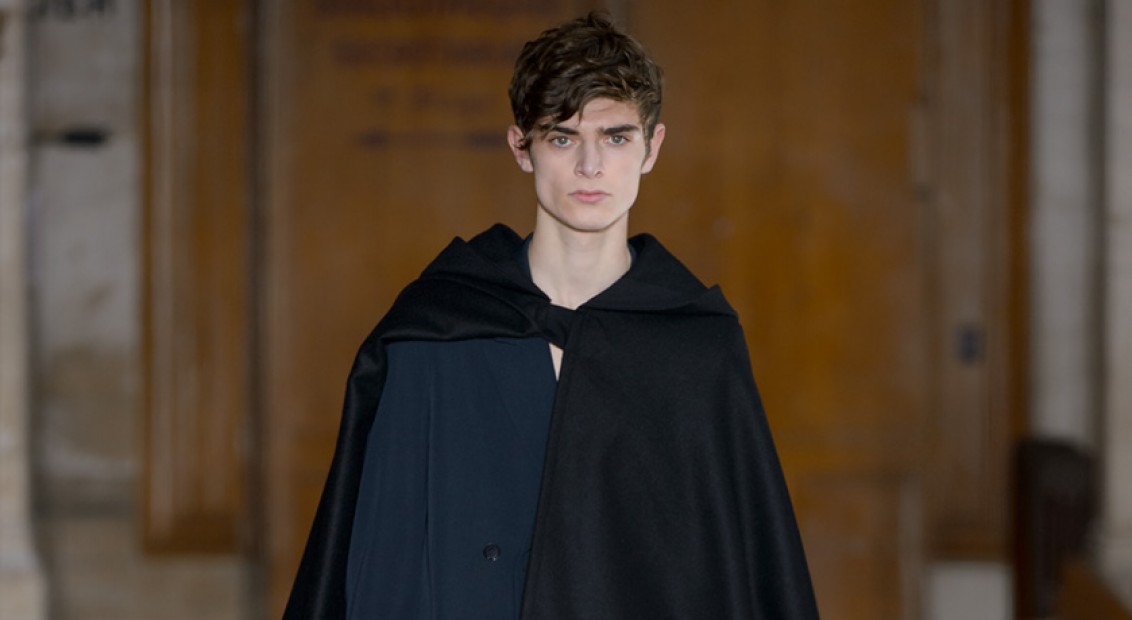 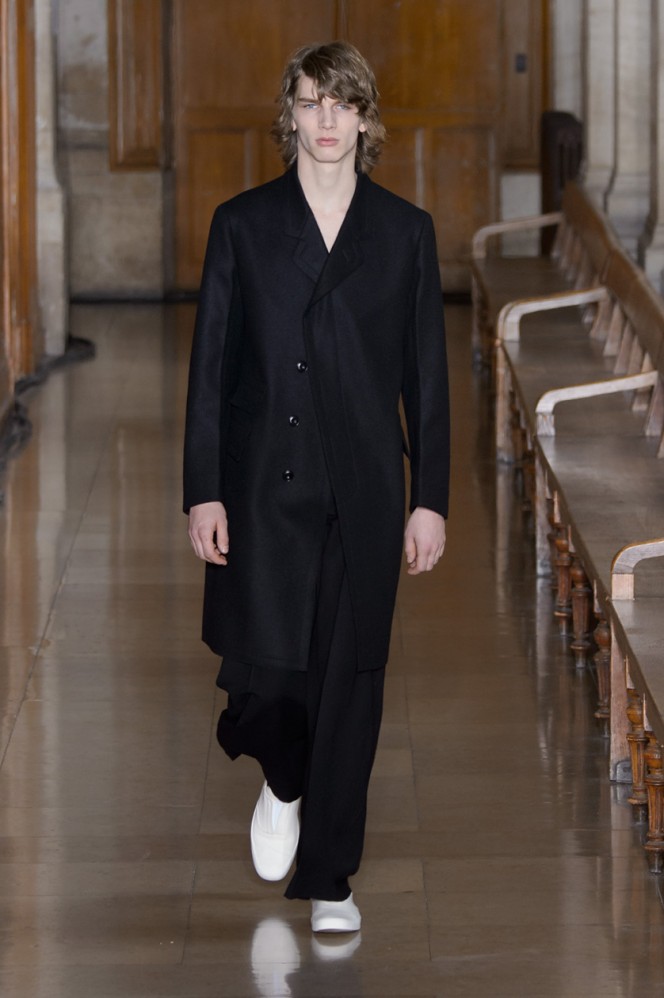 With simplicity the acme of Christophe Lemaire’s work, a quiet confidence could be found in each thread and fold. Along with co-designer Sarah-Linh Tran, the label’s trajectory is one steeped in muted hues and sharp tailoring.

Billowing underlays created a sense of theatre to the austere FW16 collection, as stiff, high collar shirts with minute stitching and button detail (unbuttoned or well-fitted) were given a contemporary spin. More modern love than old Romantic, the marbled floors, squared ceiling and high arches of Ecole De Medecine provided the perfect setting.

Lemaire’s objective to draw the eye to subtleties is sleek, with wide lapels and the light over locking on denim immediately attention grabbing. Outerwear took inspiration from the 1900s, with a fresh take on the Norfolk coat residing in boxed, neat, double-breasted cuts, either deliberately long or short in length. Although adhering to a crease in the front and back of trousers, a 2016 feel was noted in their wide, long hems.

As much as the French label marked it’s pedigree for this season on the aristocratic cloth of the 20th century, the loose, nonchalant nature of Lemaire’s pieces could easily be imagined in a sweaty, ‘60s blues bar à la Jack Kerouac’s writings. They’re garments fit for day and night, casual and formal, with the focus being on their timeless quality; it’s how clothing used to be handled and constructed. It’s gentlemen’s wear, right down to the sole.