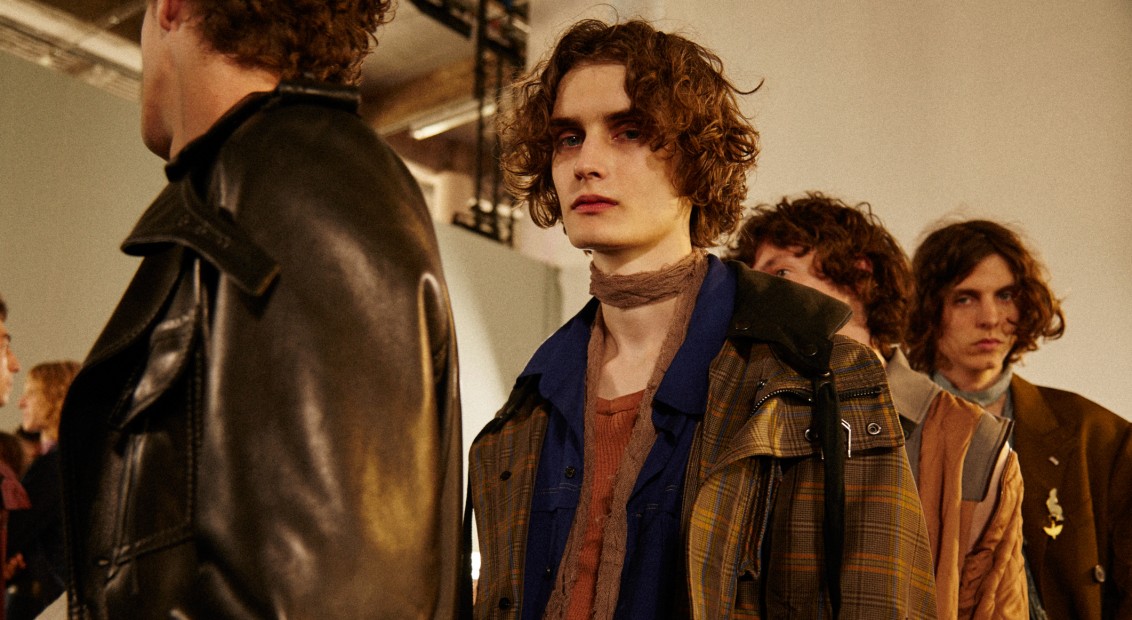 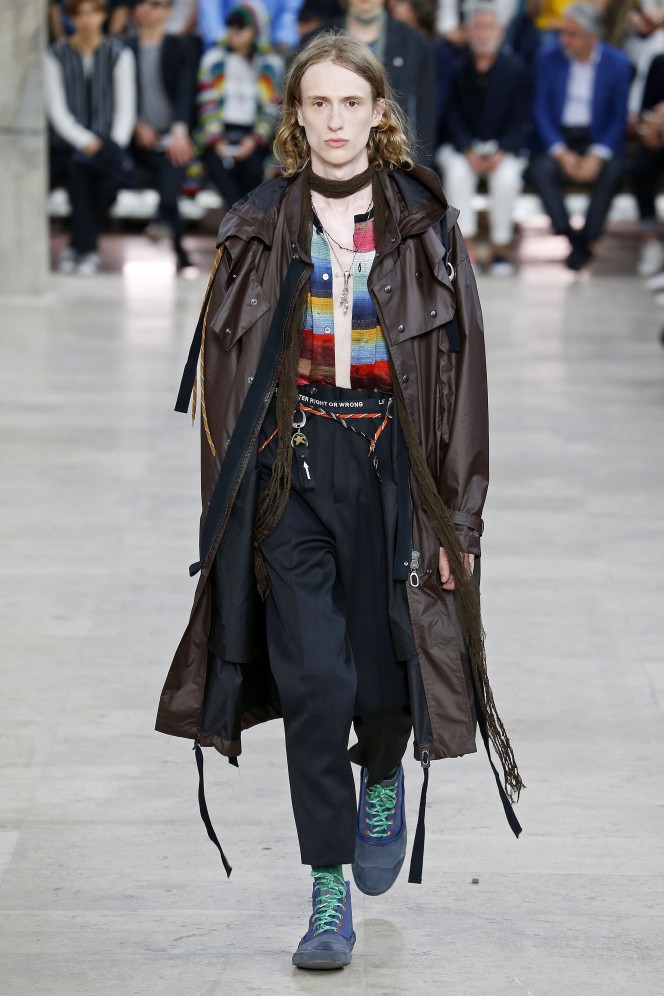 Lanvin is grounded by craftsmanship, a core value men’s creative director Lucas Ossendrijver has never shied away from celebrating. But where last season nodded to the physical act of making, SS17 took a more poetic stance, spotlighting the creative expression Lanvin’s ateliers afford its designers.

“I decided to go with room and creativity,” explained Ossendrijver of his inspiration. “This collection is not about a single concept but rather a collage made up of different possibilities. It’s about freedom.”

Cue an experiment in texture and proportion, translated with the elegance that’s inherent to the Lanvin DNA. Ossendrijver’s signature silhouette was pushed further with levelled shoulders. Apposing materials were bridged together: a knit jacket fused with buckskin, elsewhere vivid satin shorts stood out against coated finishes. It was an exercise in fluidity and romance, and the intricate beauty that can lie behind a refined exterior. Last season’s tool-like motifs were replaced with instruments of passion: cupid’s arrows, roses, tattooed babes and stars made their way across shirts and waistbands, elsewhere worn as badges of honour.

That ‘heart on sleeve’ mentality cropped up again and again, namely as a a reflecting strip that was sewn or ironed onto pieces, like a name tag or personal reminder of identity and belonging. It felt a little unsettled, especially when you caught a glimpse of the word ‘Error’ scribed up the back of sneakers. Like an acceptance of fault, and a choice to walk forward regardless. It’s unclear whether we’re talking about emotional or physical human error here – the former leaves a mental imprint, the latter impacts our garments and applies them with memory. Both are inextricably entwined, reflecting on the relationship you have with your clothes; how closely connected they are to your experiences.

In light of Alber Elbaz’s controversial departure from the house last year, and the recent announcement of  Bouchra Jarra’s as incoming creative director, the sensitive atmosphere made sense. Still, that kind of change doesn’t shake the vision of a seasoned designer like Lucas Ossendrijver, only feeds it. It was only months ago that he was ten years as men’s style director at Lanvin, a landmark moment you wouldn’t blame anyone for lingering over for some time – especially in the context of so many designer recent moves and industry shake ups. Not so for Ossendrijver, this season charging forwards with a collection more focussed than ever. 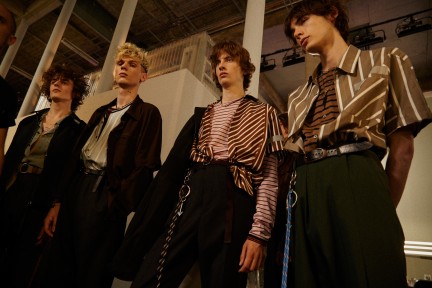