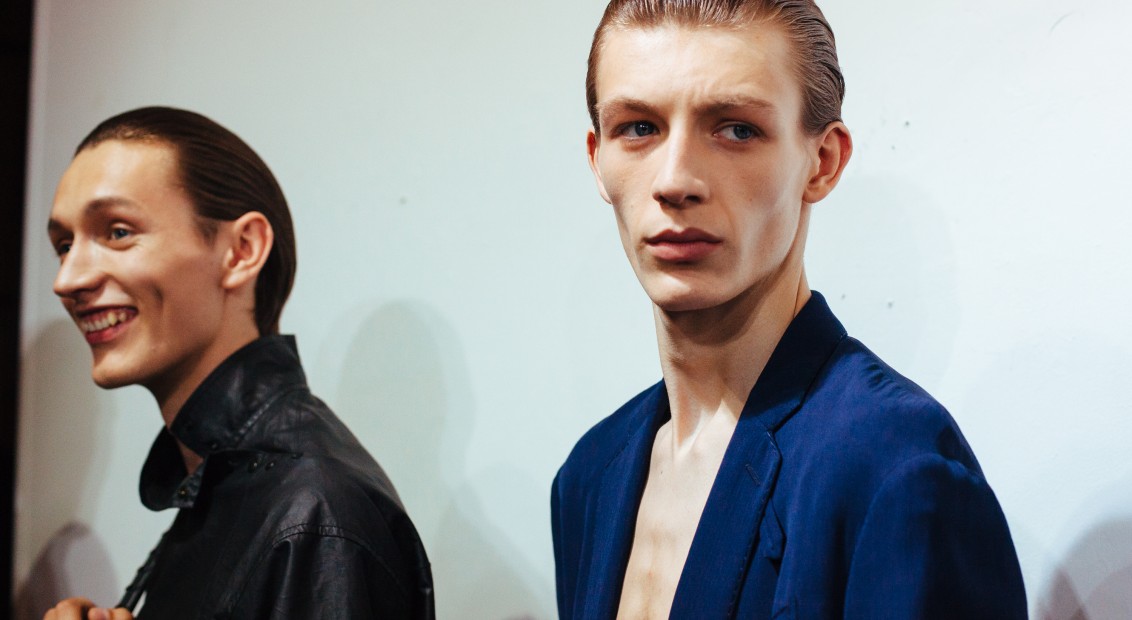 Lucas Ossendrijver knows how to put a look together. And we’re not talking about styling (a given) – the designer, who helms Lanvin’s menswear output, has mastered the art of the puzzle, his collections are a foolproof gateway to aesthetic heaven.

The catwalk yesterday felt like that literally, models emerging from gleaming white light that was in direct contrast to the dark tones clothes were cast in. Slim silhouettes, raw hems on deconstructed coats and jackets – it was sexy, 80s, very New Wave, full of the high power energy of the era, sleeves pushed up in a rush to shoot out the door, to work, to the dance floor – whatever. Fast, fast, fast – but effortless. Tailoring was oversized, generously blocked and thus emitting the kind of sensuality both Ossendrijver – and Alber Elbaz – seamlessly produce in their respective contributions over and over. It’s a language men can relate to, one they feel good interpreting for themselves, and that’s why it works.

The other constant you’re presented with in Lanvin is the air of the luxuriously undone. It was here via the ‘raw hems’ (actually, it was fringing) that left tops and sleeveless, boxy jackets feeling gloriously unfinished.

Running parallel to these accents was the tension created by the heavier of silhouettes, their slick counterparts (take the black leather trench coats as an example) and delicate accents (belts bunching waists, their ends much too long and dangling by the knee). Sharp as ever, even more languorous, a jolt of after dark danger that’s more than welcome for Spring. 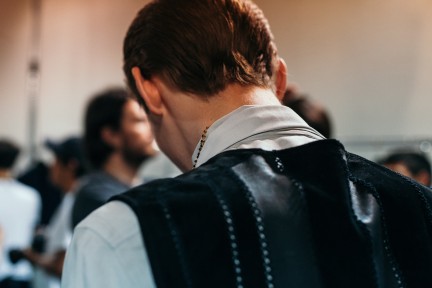