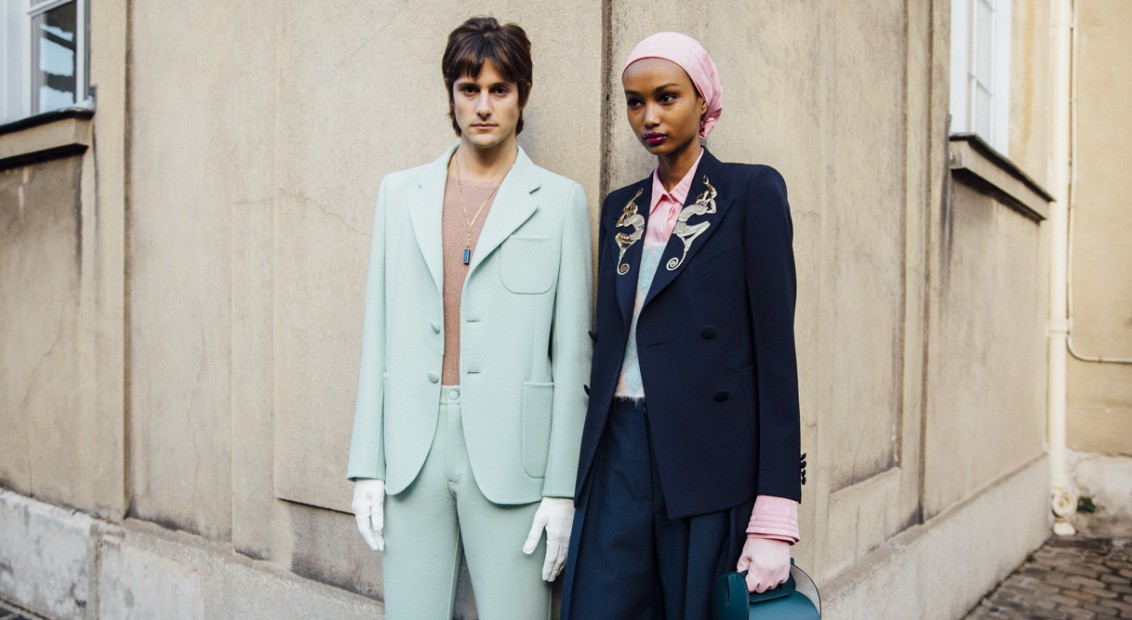 As far as Parisian fashion houses go, Lanvin is arguably the most reputable. Founded by Jeanne Lanvin in 1889, not only is it the city’s oldest, but its very foundations were built by a woman whose skills traversed clothing, cosmetics and home decor. As the label’s fifth creative director, Bruno Sialelli thought it was time to pay homage to the label’s history this season — especially in regard to Lanvin’s enduring legacy.

The collection was inherently decadent, as pieces in pale mint, sorbet pink and molten red dominated the line — colours borrowed from the make-up shades debuted by Lanvin over a century earlier. Betty Draper-style jackets cinched in at the waist and curved outwards at the hem, while form-fitting double-breasted coats with fur necklines looked especially grand. Structural belted trench coats came complete with patent knee-high boots, as button and pocket detailing purposefully referenced Lanvin’s famous 1927 parfum range. Elsewhere, dresses were equally as opulent. Fluid, high-neck pieces were covered in a print compiled of Parisian monuments made up of words — the text borrowed from the book L’Opéra de l’Odorat, which Lanvin worked on with French poet and author Louise de Vilmorin.

In regard to menswear, the looks served as an extension of Sialelli’s womenswear offering. Glittering knitted turtlenecks were worn with sturdy leather jackets for an aesthetic that felt very high-end Starsky & Hutch. Additionally, blazers featured lapels embellished with golden metalwork, as cable-knit sleeveless vests were layered with pendants for a touch of luxuriousness.

Accessories-wise, minaudière bags finished with ornate clasps were tucked under women’s arms or swung from gloved hands, as Alice bands-turned-ornamental headwear felt at once traditional yet forward-thinking. Thin scarves printed with the aforementioned letter-based print were also delicately tied around male models’ necks to signal sumptuousness — just in case their suede loafers weren’t enough of an indicator. A comprehensive sartorial guide to the age-old codes of Lanvin, this collection served as evidence as to why the brand has remained on top for all this time. 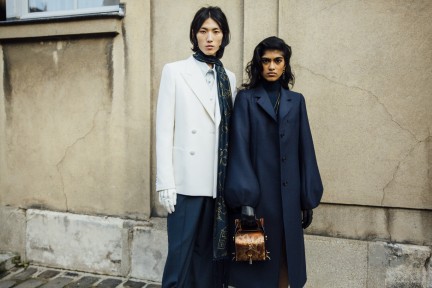