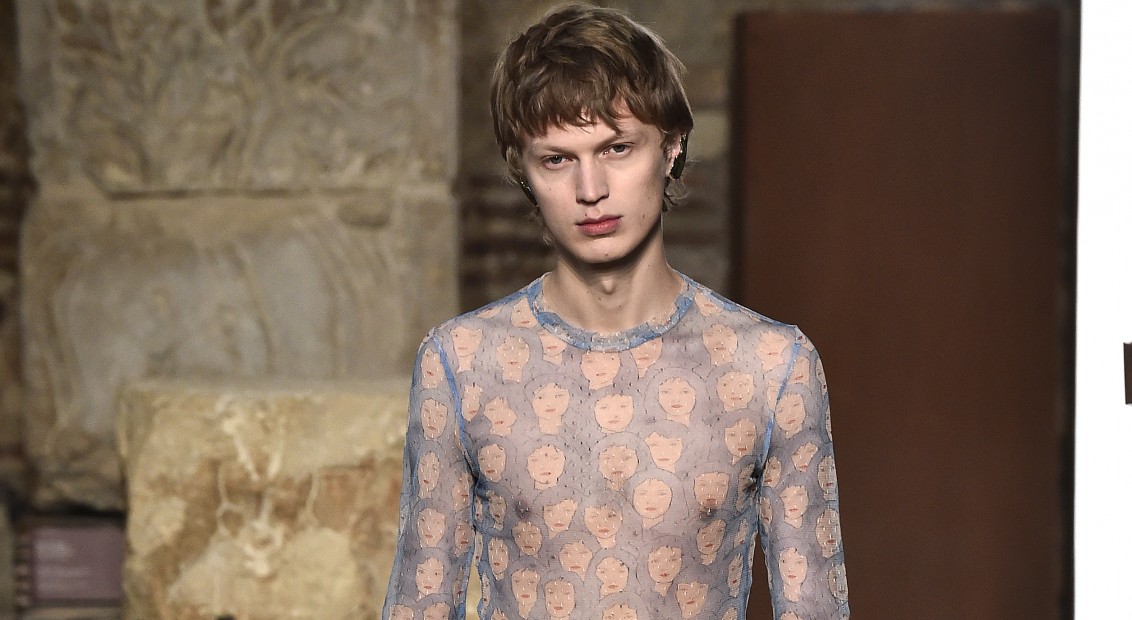 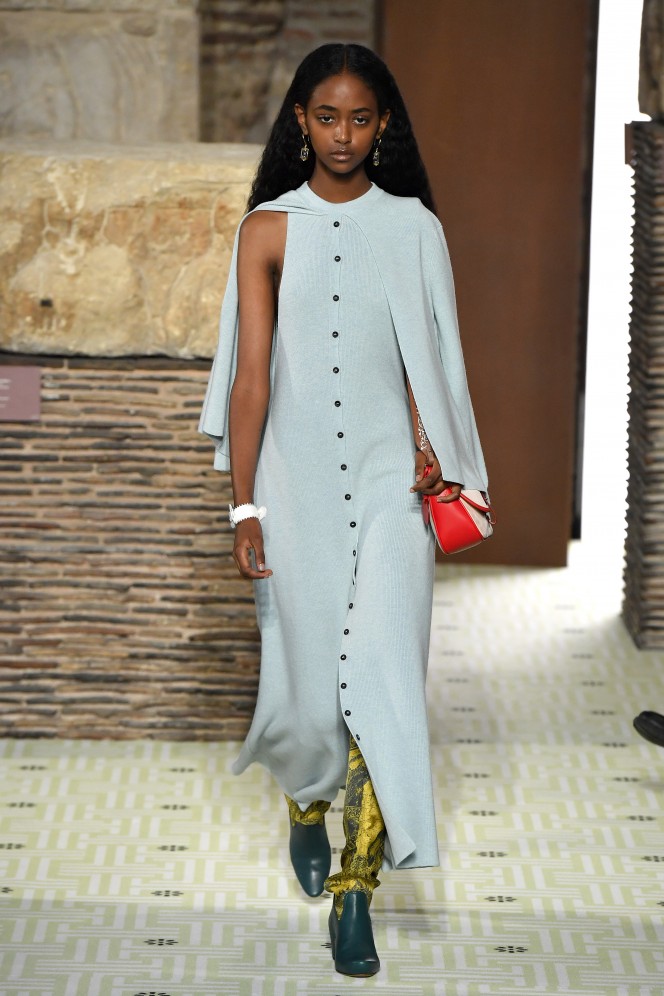 This season marked an exciting new chapter in Lanvin’s storied history: the debut collection by new creative director Bruno Sialelli. Looking to reset the house codes in tune with its founder, Jeanne Lanvin, the French designer’s show notes spoke of “a vital optimism… acknowledging the maison as a florilegium of creative energy.”

As with many new designers, Sialelli began his tenure by diving into the archives – and the Lanvin vaults are larger than most – exploring the legacy of Jeanne Lanvin, Sialelli took those iconic pieces as a springboard for his own vision. Quick history lesson: In 1923, Jeanne Lanvin opened her own dye factory dedicated to colour experimentation and there, she discovered a rich shade of Quattrocento blue that has since become synonymous with the brand. Fast forward to yesterday’s show and that hue worked its way across knits, slouchy menswear tailoring and silk shirts.

Continue that archival mine and you’ll find a recurring theme of Middle Age iconography, a lover of Medieval art and crafts, Jeanne Lanvin would often reference the era in her collections. Sialelli took this and gave it his own spin, using images of knights, mermaids and manuscripts as silk prints and velvet embroidery that punctuated looks throughout. Elsewhere, fringed moccasins (for the guys), bold Norwegian blanket knits and Fair Isle tartan scarves were a nod to the founder’s affinity for travel – and also spoke of Sialelli’s previous role as a designer on the Loewe Menswear team, a house founded on artisanal craft.

For Sialelli’s mystic pilgrims, FW19 marked the first step on a journey embued by the house’s past, present and future, bringing with it a bold, reinvigorating jolt of energy.