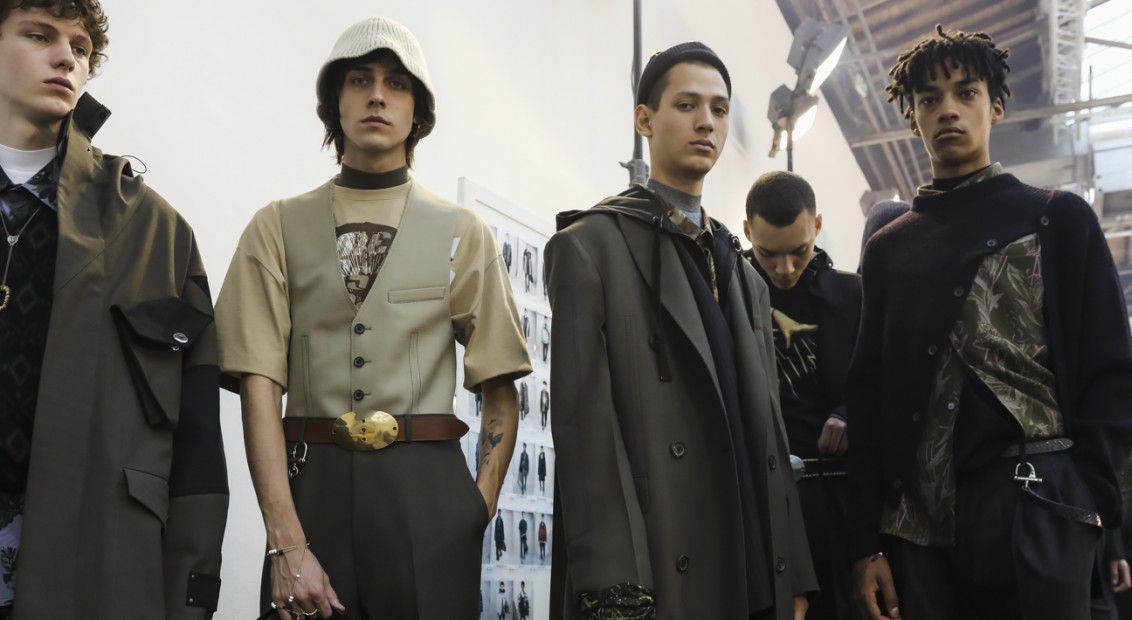 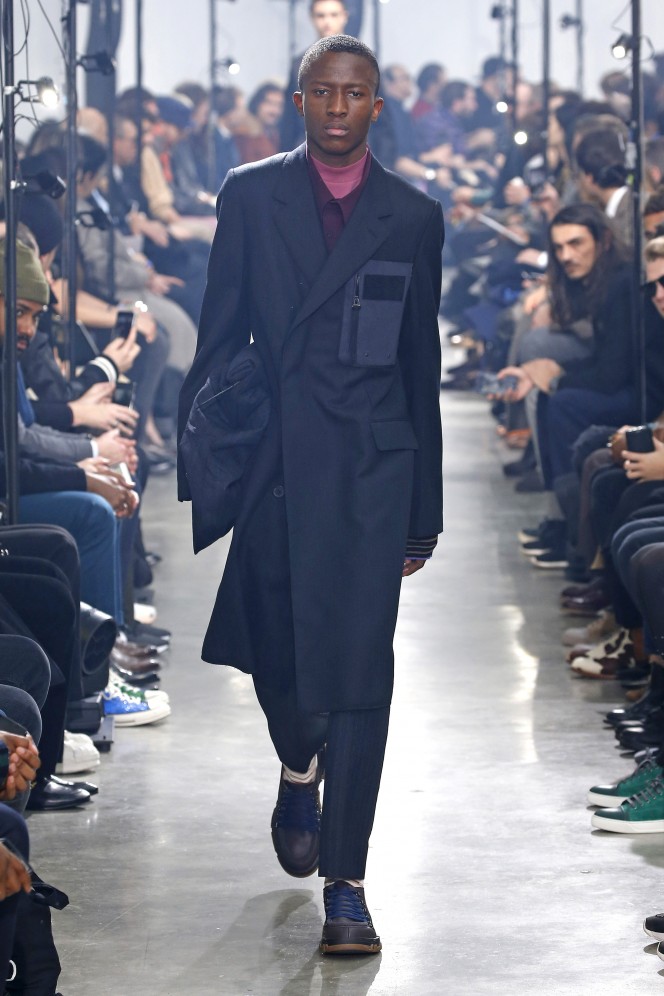 This season Lucas Ossendrijver started with a single question: “What is a suit?” Putting one of the most recognised and traditional concepts in men’s fashion under the microscope, the designer looked to deconstruct, rearrange, and modify.

“I focused on the most classic, almost passé item, drawn directly from the legacy and origin of the Lanvin man: the suit,” Ossendrijver explained. “What is a suit? Two pieces, a jacket and trousers, cut from the same fabric. I wanted to deconstruct this idea, using layering. For me, these combinations make a modern suit. I wanted to create a smokescreen.”

This translated into a series of hybrid suiting. Deconstructed and reimagined, these tailored looks came transformed. Some appeared wrapped in padded gilets and pulled in at the waist, some sliced and spliced into layered combinations that slotted together like satisfying puzzles, others were stretched into overcoats, converted into rain macs or built with unconventional add-ons like technical pockets or ponchos.

This manipulation continued through silhouette volumes: exaggerated in parts (backs were broadened, knits oversized, and coats pleated to create depth), shrunken in others (no shoulder pads and narrow waists), expanded and retracted. Here, Ossendrijver was using tailoring as a transformative medium, playing with scale to alter the way you walk, the way you hold yourself and the attitude clothing can inject.

Fusing technical outerwear with traditional suiting codes, pieces collided and merged in a way that just worked, blurring the line between where one finished and the other began. Formalwear soon gave way to more casual looks as trousers began to evolve into combat pants and wildlife prints filtered in; animal outlines, plants, trees and flower patterns. “A suit is also a form of camouflage,” the show notes read – take that literally (ie. the rush hour sea of city life) or figuratively (as a way of projecting a public version of yourself).

As models weaved in-between towering spotlights rigged to look like slender trees, Massive Attack’s trip-hop essential Unfinished Symphony rang out – a classic cut and stick piece of arrangement that played in harmony with the collection. 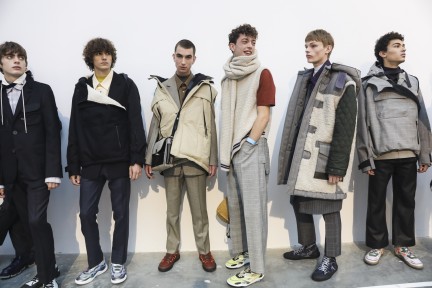