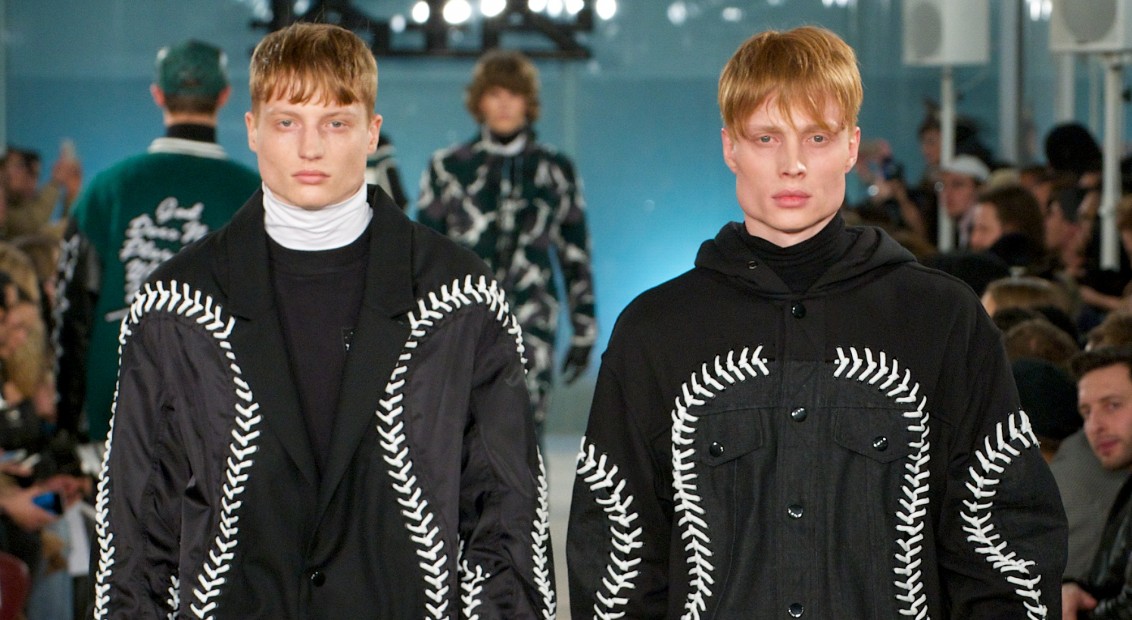 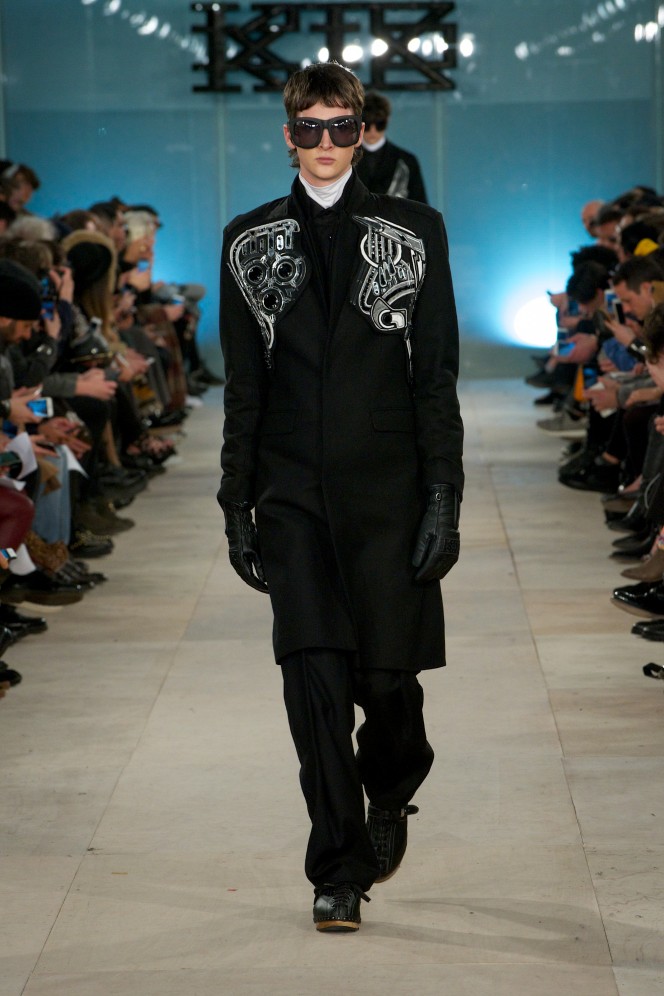 Scholars are in disagreement about when Russian Futurism began – it was sometime around the beginning of the 20th century. But no one cares when it happened; what matters is that it did. Futurists were forward-thinkers. Modernity’s speed compelled them to embrace it and what it wrought: technological advancements, progressive ideas and the abandonment of concepts and art that were considered to be artefacts of a previous –super-boring – world.

Pushkin, Tolstoy and Dostoevsky were considered relics and, said in the ‘Futurist Manifesto’, they should be “heaved overboard from the steamship of modernity.” Mix that with Americana and you get KTZ’s FW16 line-up.

Injections of Americana were seen throughout: baseball-laced trousers and jackets, American-football helmets and bowling-style shoes. Athleticism was a complementary injection; geometric patterns were softened because of this: conspicuously tropes of a Russian Futurist origin were plastered across jumpers, tops with distinctive typographical elements from the Russian language. Pejoski’s revised edition of Futurism would do David Burliuk and his comrades proud.