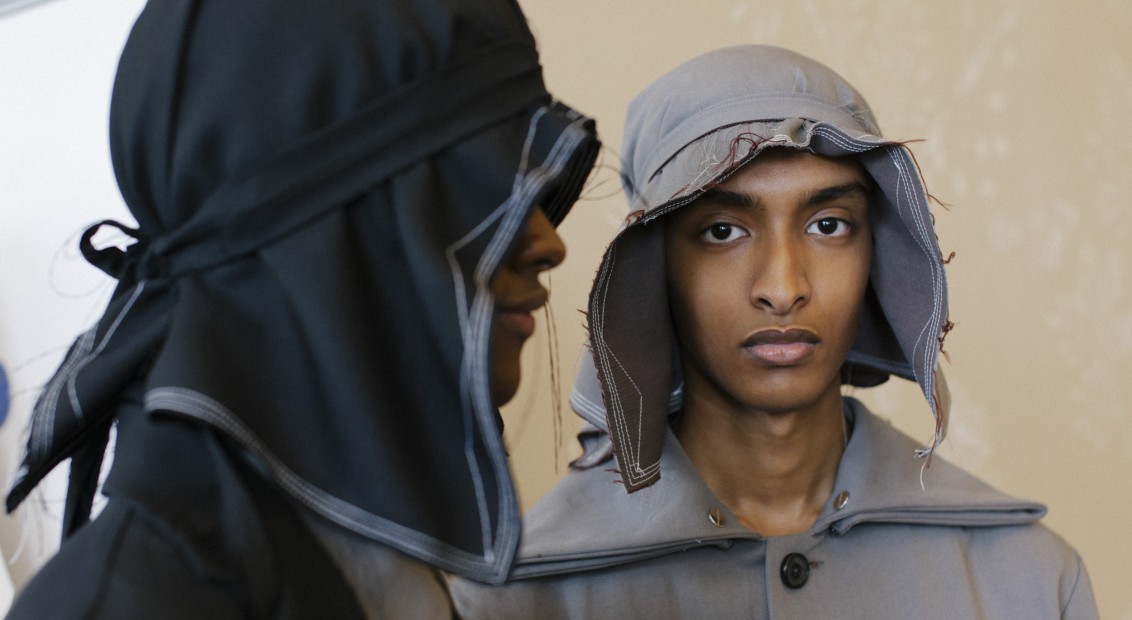 Last season London designer Kiko Kostadinov branched out into womenswear, showing that he wasn’t afraid to venture outside his comfort zone. This season, however, marks his most adventurous work to date. His signature oversized work jackets in muted colours still played a subtle role, but for SS19 Kostadinov engaged with the motif of the worker in a way that wasn’t immediately apparent.

Unexpectedly, the show notes tell us that Kostadinov imagined Franz Kafka through the lens of German artist Martin Kippenberger, and then places these influences in an imaginary Bengal town in homage to Jean Renoir’s The River, a film spotlighting on India’s urban society. The show itself was hosted in the China Exchange in Soho, adding another nation to the mix.

Referencing his own heritage, the designer referenced Bulgarian carpet scarves and military cotton Meshka bags: these appeared alongside looks with metal headpieces which chimed as the model walked, mismatched trainers, and orange neon trousers reminiscent of those worn by construction workers. The show was nothing but eclectic, combining workwear elements from multiple different cultures and social classes, resulting in a globalised collection that redefined the designer’s work. 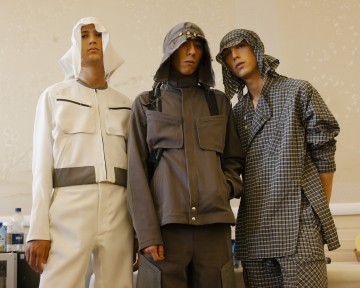