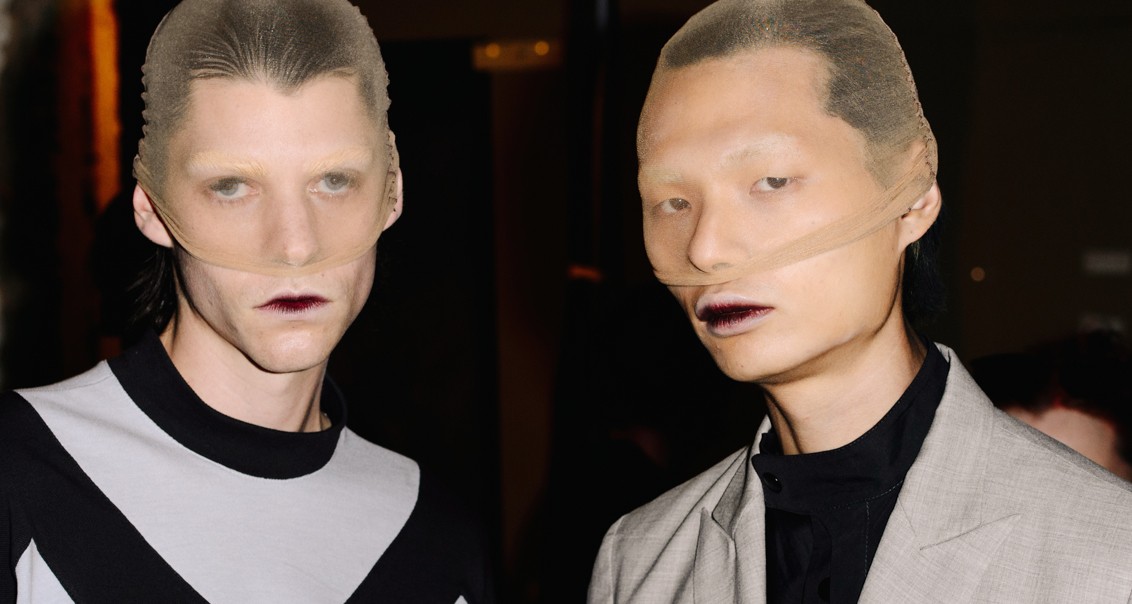 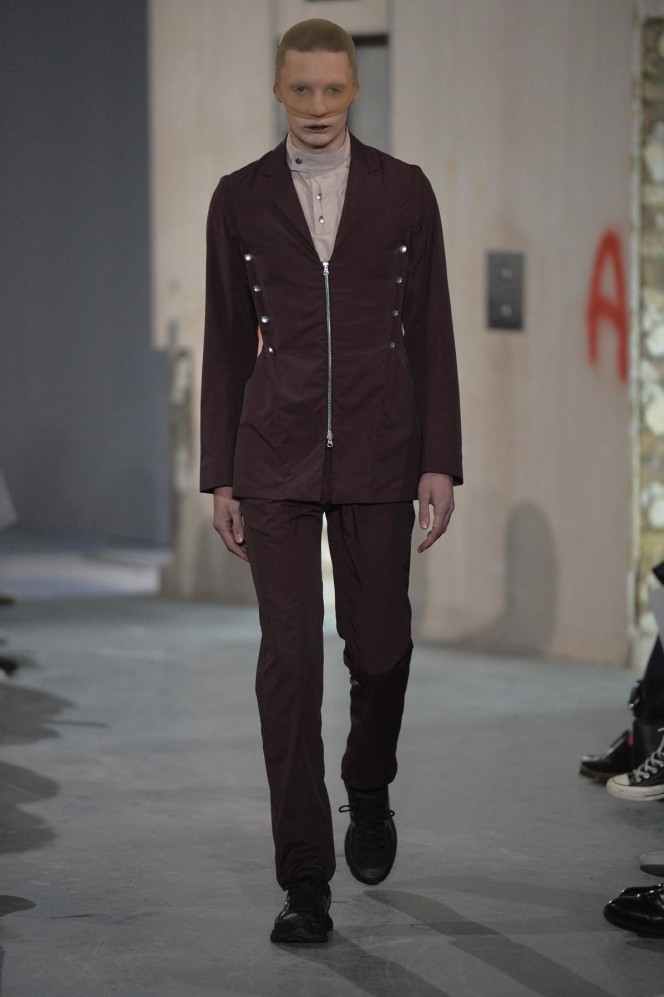 At the weekend, uniform re-worker Kiko Kostadinov premiered his fourth collection since graduating from Central Saint Martins in February 2016. Impressive, when you think that just a few months ago, the designer was appointed as the first ever creative director at British heritage brand Mackintosh. Kostadinov has been charged with bringing the Scottish wet weather brand to a younger, cooler audience.

Known for his innovative pattern cutting and construction, the designer’s eponymous line is where his conceptual aesthetic really rings out. Yesterday, we were taken to the depths of the 180 Strand building, to a low-lit basement filled with scaffolding. The collection was called ‘Funny How Secrets Travel’, borrowed from David Bowie’s track I’m Deranged, written for the 1997 David Lynch film Lost Highway. (For exploring the drama of murderous transgression, a basement had to be the ultimate setting). Sonic clips from Lost Highway and Manhunter evoked duality of character, inferring a dark personality that differs from day to night.

The daytime character was channeled through lean, streamlined tailoring, with Tom Burr inspired double breasted snaps and bias-cut seams. His nighttime version had a more sinister look with concealed pockets, parallel zips and delicate sleeves that moved as models turns the basement corners. Curved seams echoed the twisted nature of Kostadinov’s imagined subject, reworking workwear and classic uniform silhouettes in a way that’s become synonymous with the designer’s output. And on the feet? Trainers, in collaboration with Asics. Featuring a thin layer of rubber cast over woven textiles, they gave off a creepy sense of surgical precaution.

Though commenting on notion of evil as entertainment, Kostadinov put out a versatile range you could as easily picture on a deranged Fred Madison as in a sharp 2017 wardrobe. 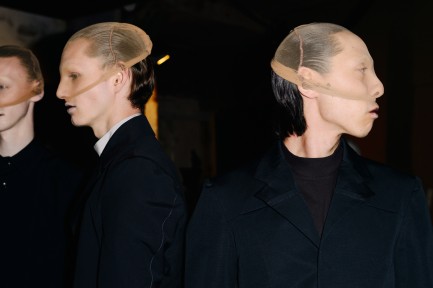