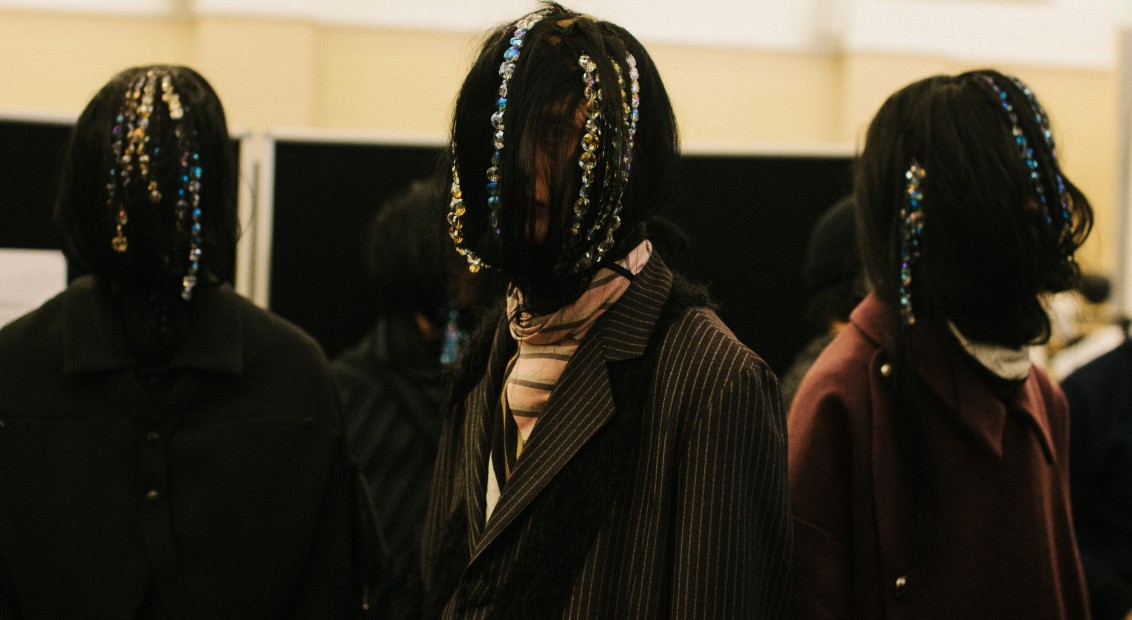 The rapidly growing popularity of Kiko Kostadinov’s sporty minimalism is testament to his uncanny knack for anticipating how today’s man wants to get dressed: put together, pared back, but with a sportswear-inflected edge. For FW19 however, it seems he’s upping the ante: his signature slick shapes and technical fabrics were all present, but with a fresh romantic air.

The models’ faces were obscured by long black hair adorned by strings of glittering beads, in a reference to Hideo Nakata’s famous 1998 Japanese chiller Ring. It was a sense of eeriness heightened by a soundtrack which could have come straight out of a horror flick itself. Yet beyond these theatrical stylings, this was a remarkably refined – indeed, practical – collection. It’s this blend of high and low that makes Kostadinov such a thrilling prospect: his recent stint at heritage coat manufacturer Mackintosh was in evidence with a luxurious series of coats in jewel tones that echoed shapes from 1950s womenswear, but at the same time his padded jackets and sneakers produced in collaboration with Asics were slick, stylish riffs on everyday garments. The show’s atmosphere might lead one to think it was a dark night of the soul for the Kiko Kostadinov man, but it was also his most beautiful collection yet. 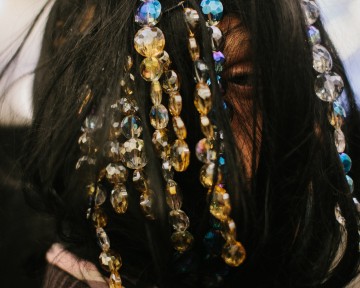