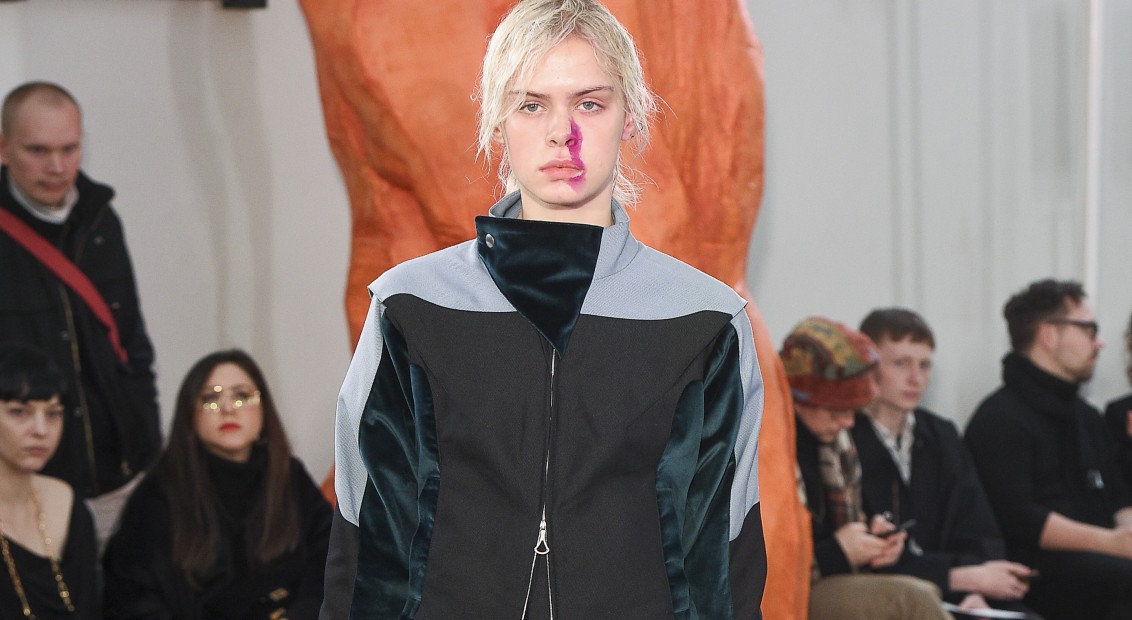 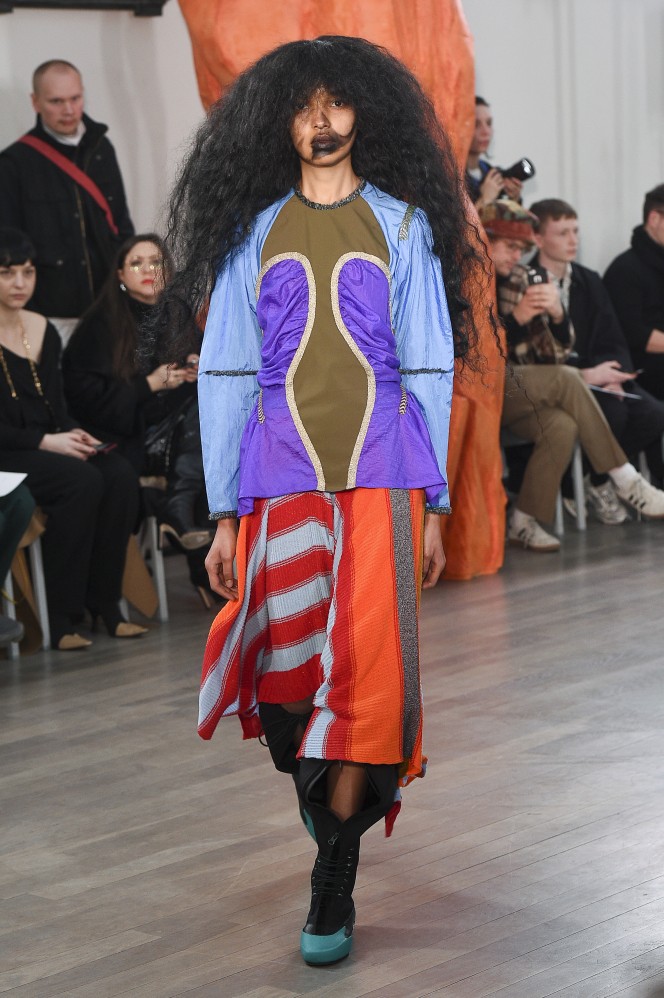 At their sophomore collection for Kiko Kostadinov womenswear, Australian sisters Laura and Deanna Fanning cast their eyes to nineteenth century Mexico and its fearless ‘bandidas’ and ‘pistoleras’. “We started looking at these really interesting portraits of Mexican women around the early 1900s who were the rebels of their time, and we just really liked how they were both feminine but had all of the practical utility of their time too,” the sisters said backstage. Taking the concept of a futuristic past, the duo framed their Mexican muses in an alternate reality inspired by the dystopian Polish 80s film, On the Silver Globe, with the models’ colourful paint-smeared faces resembling those of the film’s moon people.

Staged in the brilliant white space of the Swiss Church, the numinous interior lent itself to the mystic and spiritual practices of these women, whilst a minimal, industrial beat was in tune with futuristic, exaggerated silhouettes crafted in synthetic fabrics like nylon and lycra. Designing with a practical woman in mind, the collection, which ran the full gamut of the rainbow, featured hyper-panelled, sportswear-inflected outerwear as well as Velcro-strapped footwear that was the result of a collaboration with Asics.