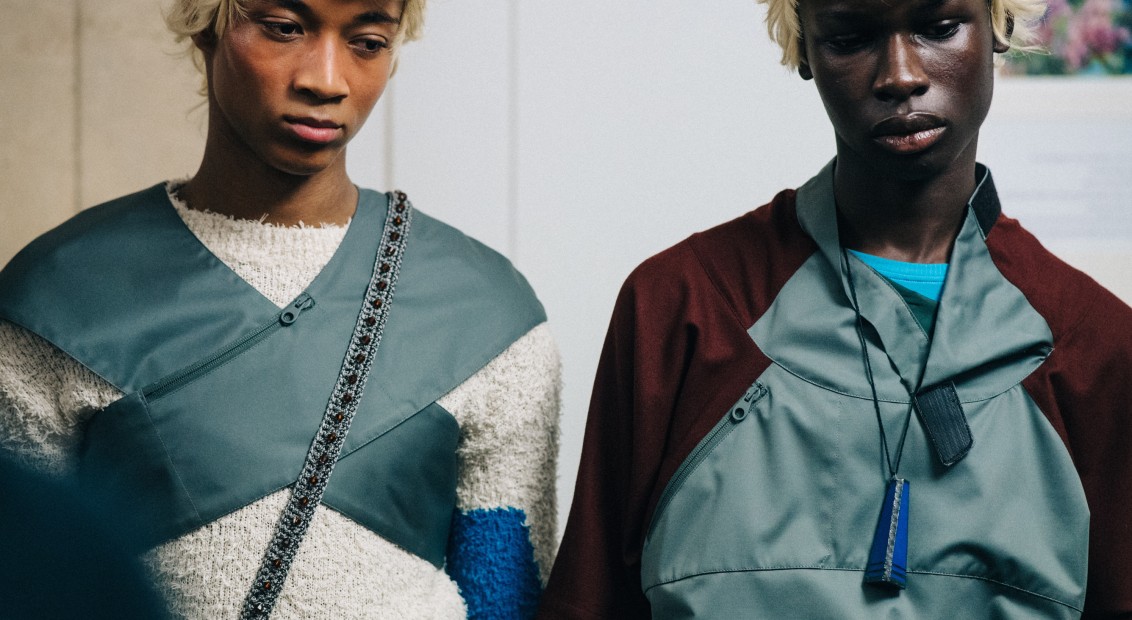 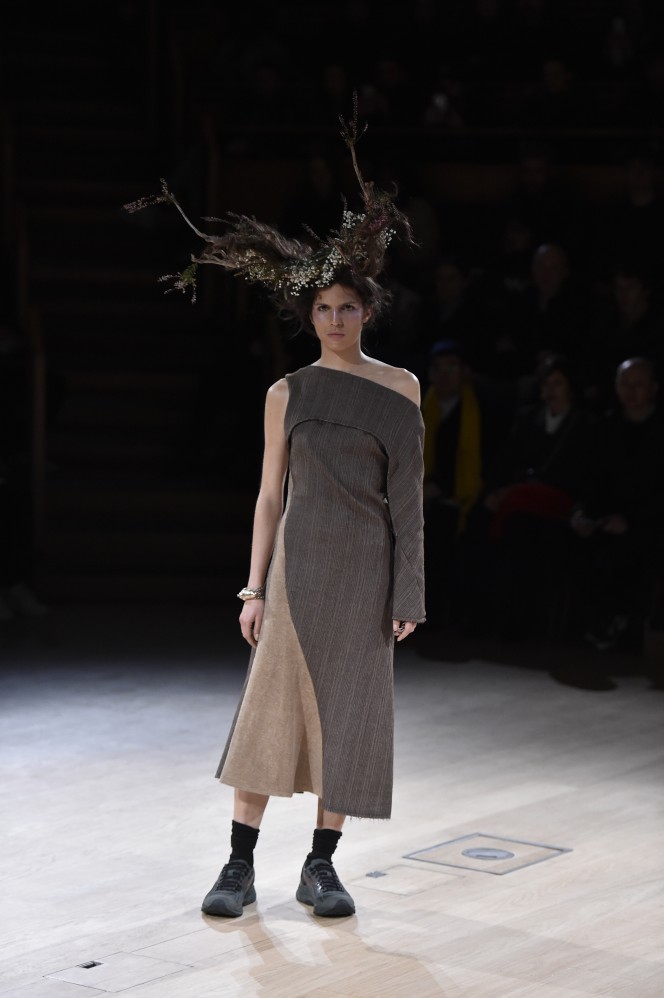 Pink Floyd’s More begins to play. The first looks to walk are a group of girls (showcasing his debut womenswear line) in blanket-like papier cottons and head-pieces sculpted from flora and fauna. Kiko Kostadinov’s clothes usually have a strictness about them: stark lines, drained colours. Instead, for FW18 the designer looked to the French New Wave auteur Barbet Schroeder, and his feverish coming-of-age films More and La Vallée that were made in the aftermath of the ’68 student revolts in Paris. Suddenly, Kostadinov’s resistance to his previous uniform culture is feeling quite poetic.

Referencing the drug-induced Ibiza-set summer romance that plays out in More, Kostadinov constructed a dialogue between a guy and girl by splitting the show between their two wardrobes. The gentle colour inspirations for both were borrowed from Bulgarian pottery (Kostadinov’s place of birth), and some drapes and harnessed shapes were informed by traditional judogi in Japan. These references came together to soften and distort his usual silhouettes: sportswear was done in slouchier drapes, cut from Loro Piana double-faced nylons, and the retro style lines on tracksuits gradually melted into psychedelic ripples on intarsia jumpers by the end of the show. Looks were either worn with Kostadinov’s collaboration with Camper on technical hiking boots, or his second collab on trainers with ASICS.

The overall spirit was relevant and modern, not a pastiche of late ‘60s bohemia. Kostadinov was dressing the new poster-children of discontent, telling us to take a breather, escape the maddening pace of the world and “embrace an altogether warmer outlook.” 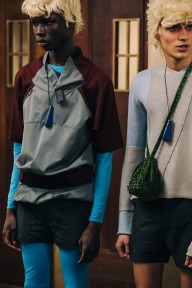