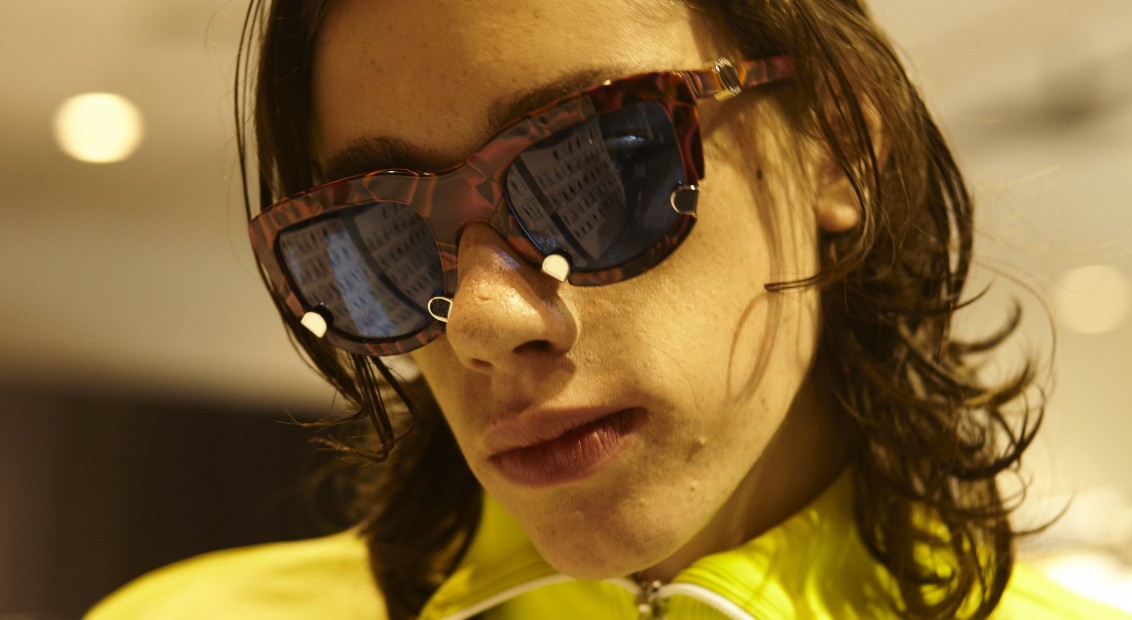 Having grown up in LA, Carol Lim and Humberto Leon are united by a cross-city craving for the New York City nightlife. For SS17, they explained that “this collection pays homage to the club lore that narrates out past and paves the way for tomorrow.” Following the sentiment of last season, they returned to celebrate the unifying power of music – approaching the club-space as a breeding ground for creativity, nurturing the legends of our future.

Underscored by DJ Todd Terry’s specially commissioned ‘Tee’s Throwback New York House’ mix, the show saw funnel-neck silhouettes, flat caps and muted neons taking it back to the 90s. Scrawled with the typography of event invites, the models appeared in perfectly co-ordinated troupes – referencing the camaraderie of nightclub culture and the codes of community highlighted in previous collections.

Dominated by the heavy use of print ‘KENZO’ branding was restrained but, this season saw a painterly incarnation of the all-seeing eye. Outerwear stole the limelight with standout pieces included shaggy bomber jackets, a metallic floor length duster and colour-blocked rain jackets. 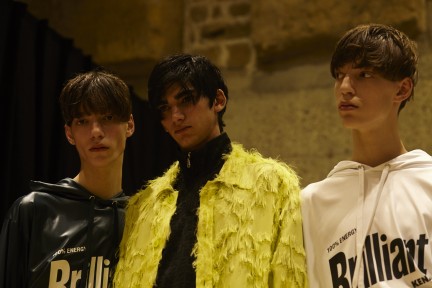