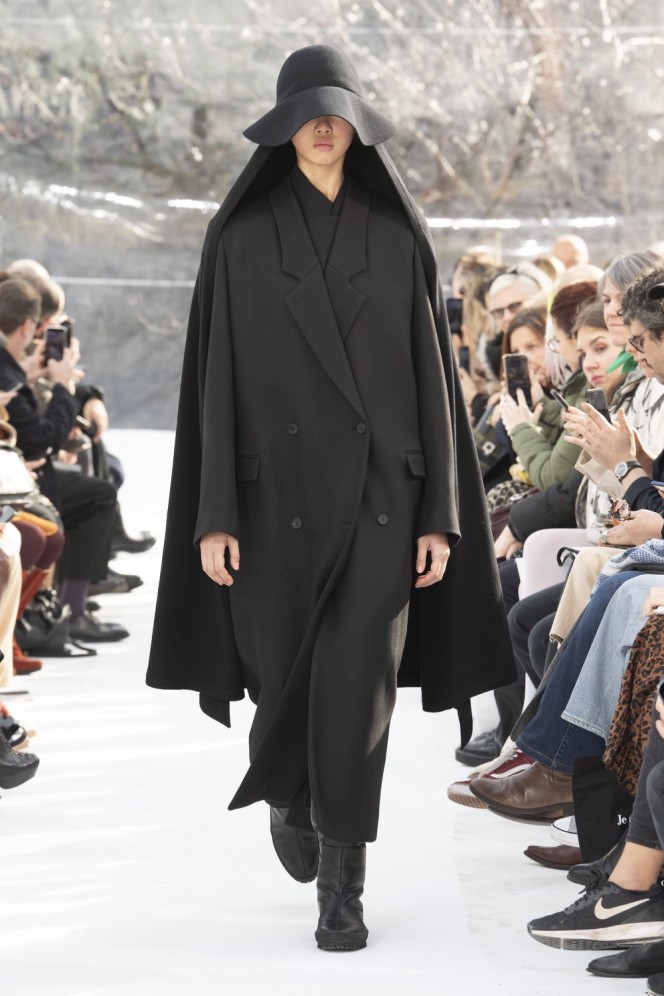 Designers come and go so often in fashion that it’s easy to forget the impact these new appointments can have. Take Felipe Oliveira Baptista, who today showed his first co-ed collection at Kenzo, as an example. Although he worked alongside Kenzo Takada on reinterpretations of archive prints and used the designer’s own life story as inspiration, the show – staged in a huge, transparent tunnel– felt like a definitively new chapter at the storied house.

The clothes themselves were often sleek and practical, with knitted hoods and longline, tailored blazers cloaking models on their metaphorical travels. The collection’s more colourful looks were a nod to Kenzo’s design blueprint, but the brand’s signature tiger motif was brought into dialogue with Baptista’s own Portuguese heritage: a series of painterly prints were riffs on feline studies by Júlio Pomar, a neo-realist artist born in Lisbon who later rose to fame in Paris.

From triple-pocket belt bags to reversible coats, the standout looks were also the most practical. Even the show set was built to be collapsed and moved around to various pop-up events, a clever touch which demonstrated an awareness of sustainability. It’s this attention to detail and respect for house heritage that made the show feel like a true, authentic transition from Kenzo’s past to Kenzo’s future.