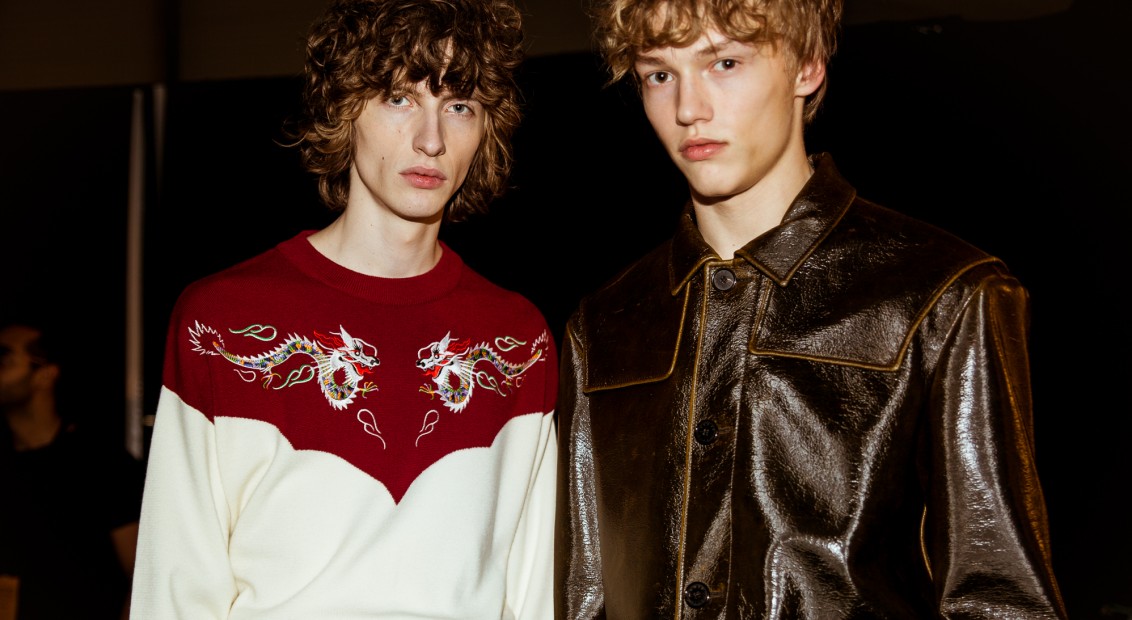 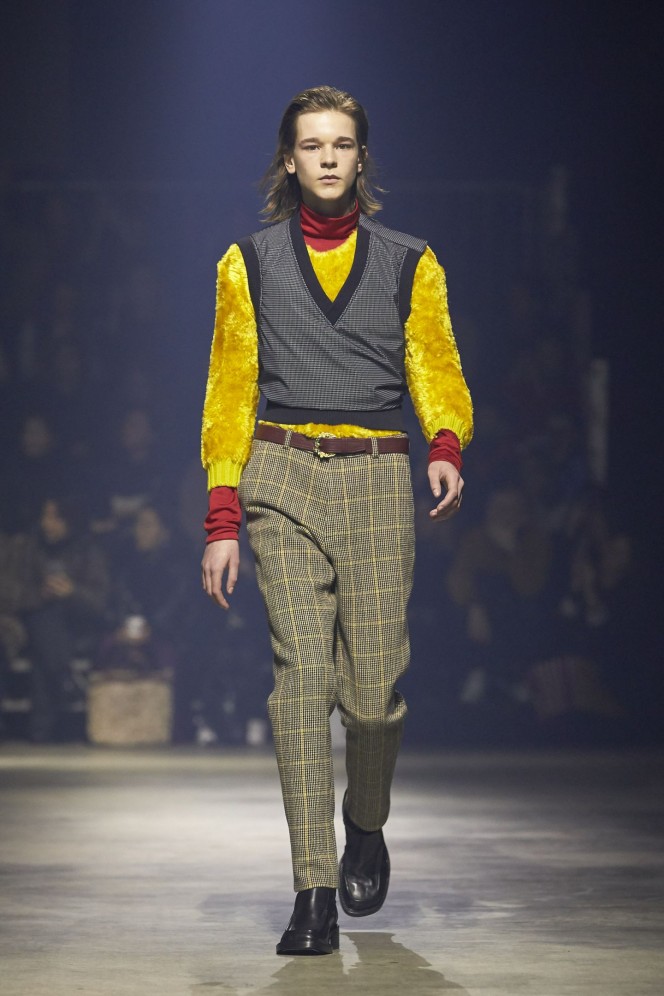 It’s tried and tested that a satisfying way to give closure to a story is to place a wedding in the final act. Shakespeare knew it, and so do Humberto Leon and Carol Lim, who finished out the menswear calendar with KENZO’s men’s and women’s collections under the title My Sister’s Wedding.

The show was a live action filming of the season’s campaign (the brand is infamous for giving these high cinematic value), a loosely autobiographical melodrama that narrates the friendship between the co-creative directors from the moment teenage Leon first bleached his hair white (much to his traditional Asian family’s horror). Mostly Asian models were cast in the show, and walked along the edges of stage tableaux: Leon’s parents’ dining room, a laundromat, an old Honda setup to simulate driving for the cameras.

The clothing too was a retro flashback. The womenswear: echoes of old Hollywood in ladylike silhouettes, Hammer Film-style prints and intarsia, and glittery party dresses. The men’s: giving iterations of on-screen heroes through several decades’ worth of fashion moments. Most notable were the tucked-in sweater vest and turtleneck combos, the bucket hats, and the slouched blazers ready for a prom. This last one felt especially appropriate as, in the final scene, the boys and girls led each other out to the set of a dance floor of Leon’s sister’s wedding. A tribute was paid to Dolores O’Riordan in the soundtrack. What is it about a wedding that gives you such a buzz? A feeling of conflict resolution, togetherness, love? Dancing beneath falling confetti to The Cranberries’ Dreams, it felt exactly that. 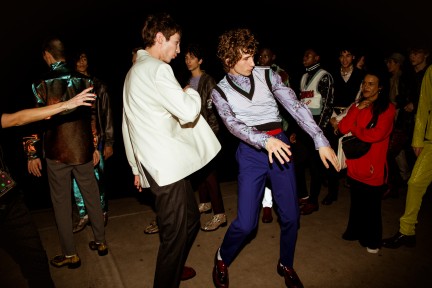