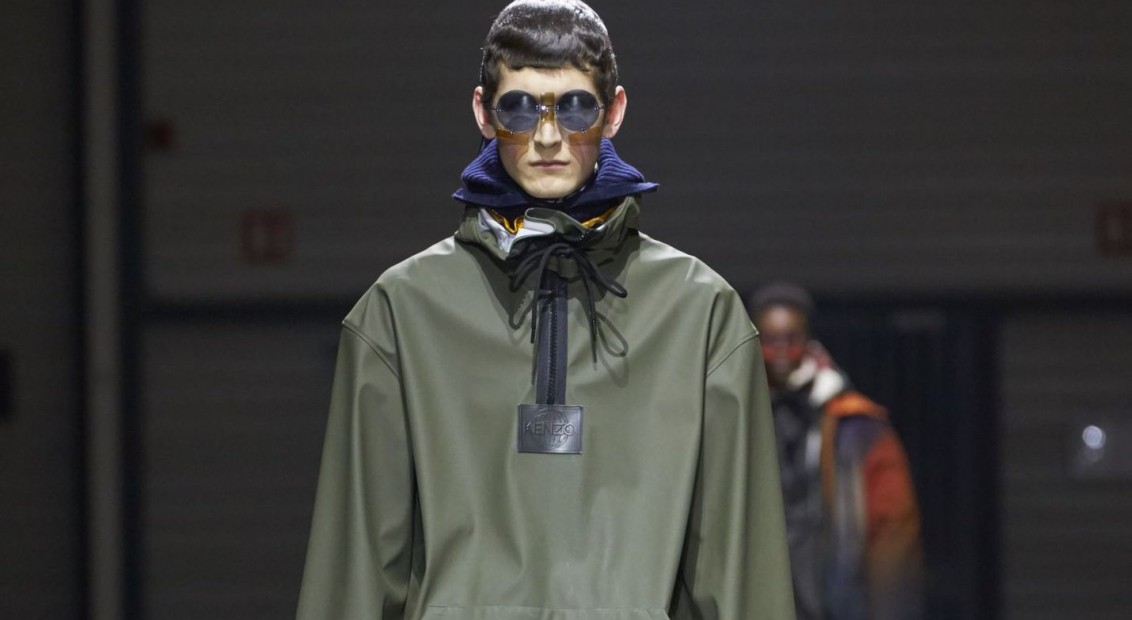 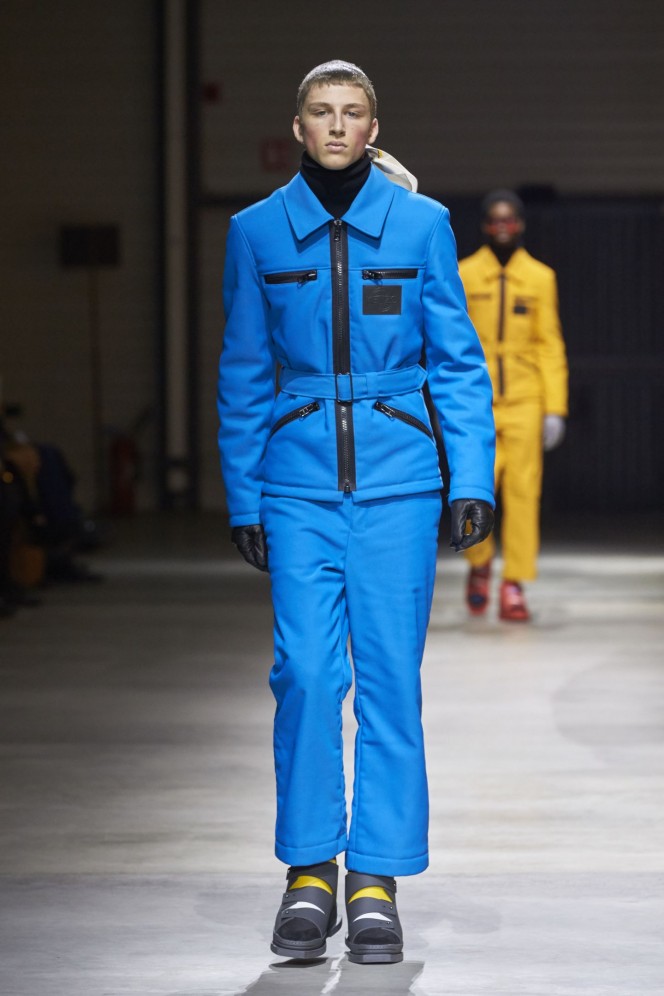 Last Summer, Kenzo announced that from FW17 onwards it will be combining men’s and women’s collections together for joint shows in January and June. The move came at a time when a number of brands were adopting new operating models as a means to streamline their businesses, shifting from the outdated format of two separate calendars.

The result? Creative directors, Carol Lim and Humberto Leon, closed Paris fashion week with a kaleidoscopic collection of clashing prints and robust textiles. The show kickstarted with the men’s looks first followed by the women’s, who sauntered down the runway to a live set by Dev Hynes of Blood Orange.

Both collections were framed around a fictional “arctic-surfing-subculture”, a playful-oxymoronic take on the designers’ Californian roots reconciled into the concept of a winter collection. As always, Lim and Leon stayed true to Kenzo’s Takada’s vision via vivid patterns and pumped-up proportions. Takada was known for the decorative nature of his clothes and tactile approach to fabric – when the designer had first moved to Paris during the 1960s, he would make garments from textiles he sourced from the city’s street markets.

The FW17 collection manifested itself in heavily layered silhouettes, like caricatures of arctic-explorers but seen through a balmy sunlit lens. Models wore sturdy raincoats in canary yellow, thick bright blue quilted puffer jackets and throwback two-piece ski suits, belted at the waist and in brilliant block colours and harlequin prints. Elsewhere, Lim and Leon’s use of print incorporated pink plaid jackets, aurora borealis inspired knitwear and Hawaiian florals as seen in the women’s winter coats – a much needed injection of that West Coast sunshine for the cooler climes.