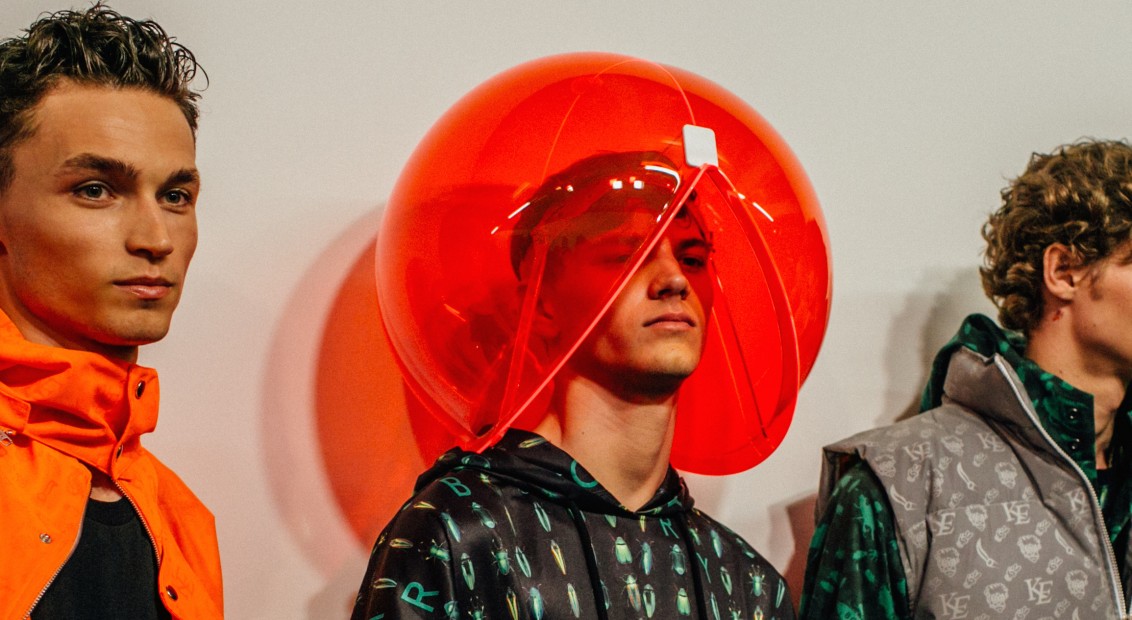 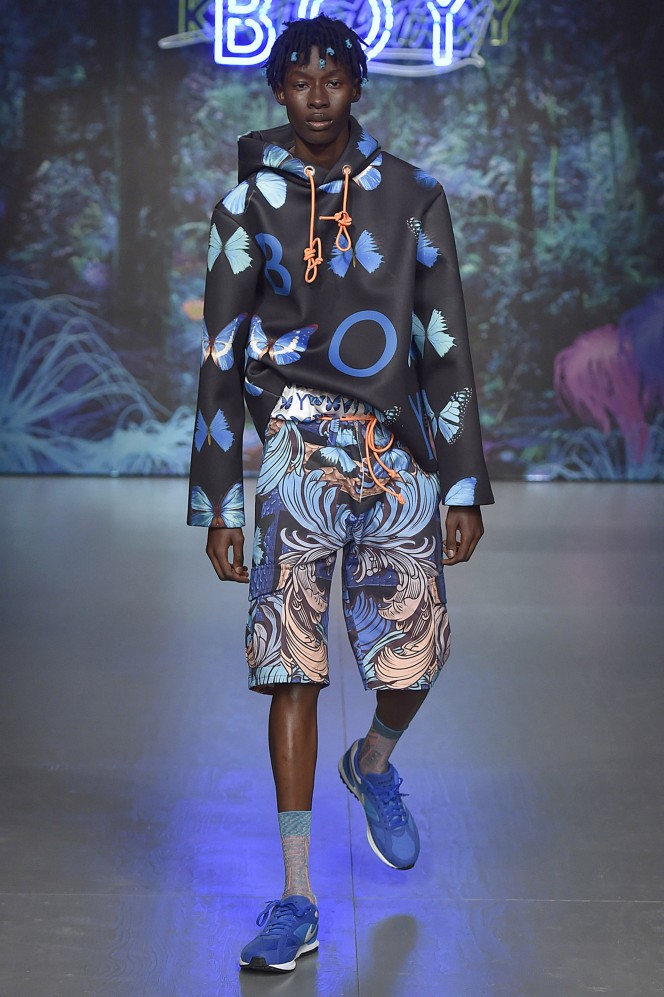 Katie Eary has never been one to shy away from a collaboration. After working with Kanye West (on DONDA) and now in her tenth season, what better way to expand her aesthetic than pursuing more partnerships that compliment your designs. For SS18, we saw Eary work with sportswear designers BOY London, Liam Gallagher’s menswear line Pretty Green, and with 90s streetwear brand Spliffy.

Inspired by a mashup of Camden Market and The Fifth Element, this “Post-apocalyptic MTV beach party” (as described in the show notes) was equipped with orb-helmeted future people in neoprene and bungee cords. Models walked out against a graffiti-like dystopian backdrop with a neon sign that flickered between the word, ‘BOY’, and ‘Katie Eary’.

Eary’s reputation for experimenting with print carried onto this collection in the form of ‘BOY London’ repeat patterns and large solo prints of the ‘Spliffys’ logo, all whilst being cut up and broken apart via a block metallic layer on top – a gilet, or a fresh retake on the NAFNAF jacket. Loose fitting trousers were held up with neon bungee cords that give a DIY vibe. Denim looks also gave some relief from the prints, but worn either a bikini top or colourful underwear the whole thing felt more lively. These dystopian protagonists make an apocalyptic future seem not so bleak. 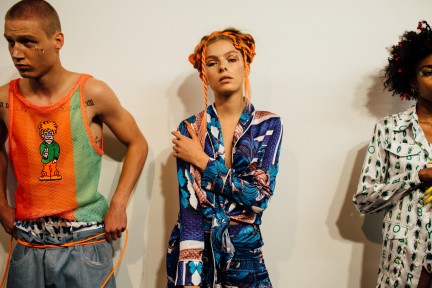