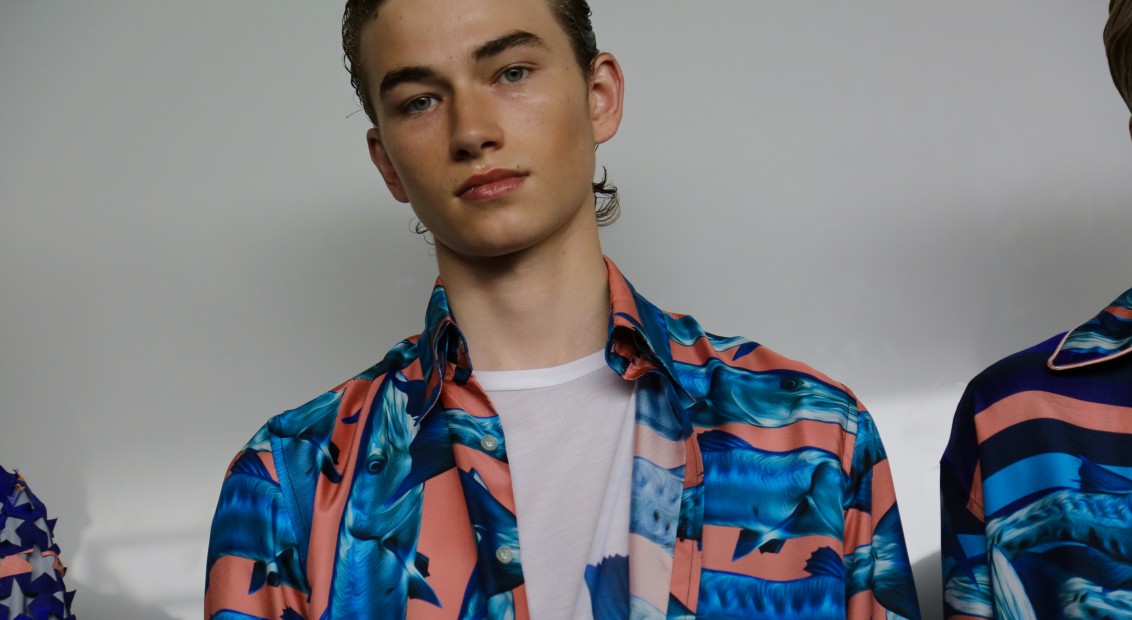 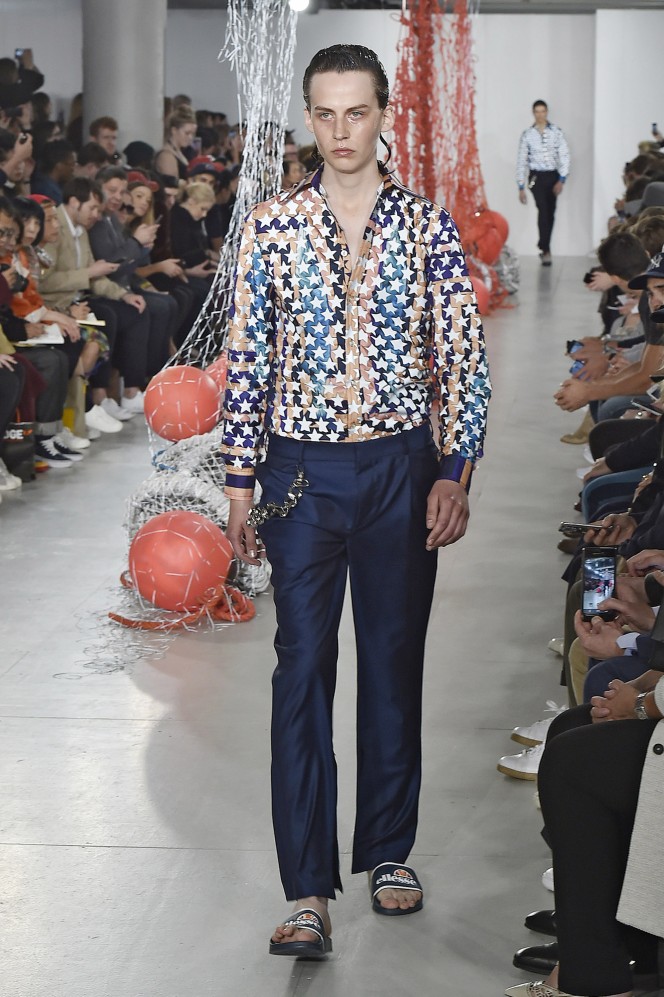 You’re a bad influence, Katie Eary. Constantly teasing us to indulge in our dark side, the London designer makes it all so appealing. This season’s malevolent protagonist appeared in the form of Irvine Welsh’s Francis “Franco” Begbie.

Trainspotting fans will know Begbie as the pint-launching thug who’d never stab you in the back, but only because he’d relish in facing your pained expression. However, Eary took her inspiration from Welsh’s newly released follow-up, The Blade Artist. Now happily married with two kids and living on one of California’s sun-kissed beaches, Begbie returns to his native Scotland and soon finds himself reverting to his seedier ways. It’s this polar personality that is laid bare in Eary’s latest offering. Upon silk shirts, dresses (a trademark fabric for this designer) USA’s Star-Spangled Banner was reworked in a Jeff Koons-esque palette of peach and blue hues, and one particular striped jumper may have appeared innocent enough beneath bright lights, however by night Begbie’s signature slur, ‘Radge Cunt’, takes shape under torchlight – nobody does insults quite like the Scottish.

From the mysterious depths of one man’s psyche to the furthest reaches of the ocean – the Earth’s greatest unknown quantity. Transporting us to the docks, fishing nets and buoyancy aids hung from ceiling to floor hinting at the collection’s aquatic influence which later materialised in the form of “evil barracuda” prints and shimmering fabrics reflecting the “silver shine of hammerheads”. (Clock Katie Eary’s recent IKEA collaboration and those psychedelic fish motifs won’t come as such a surprise.) “Stars, stripes and predator fish… smooth on the surface, disturbed in the depths”, exploring cross-references and making them tangible is what Eary does so well. And when the tangible is realised in luxury silks, shearling and cashmeres, being bad never felt so good. 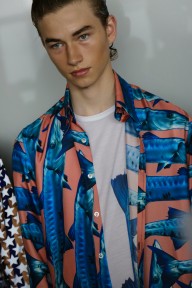