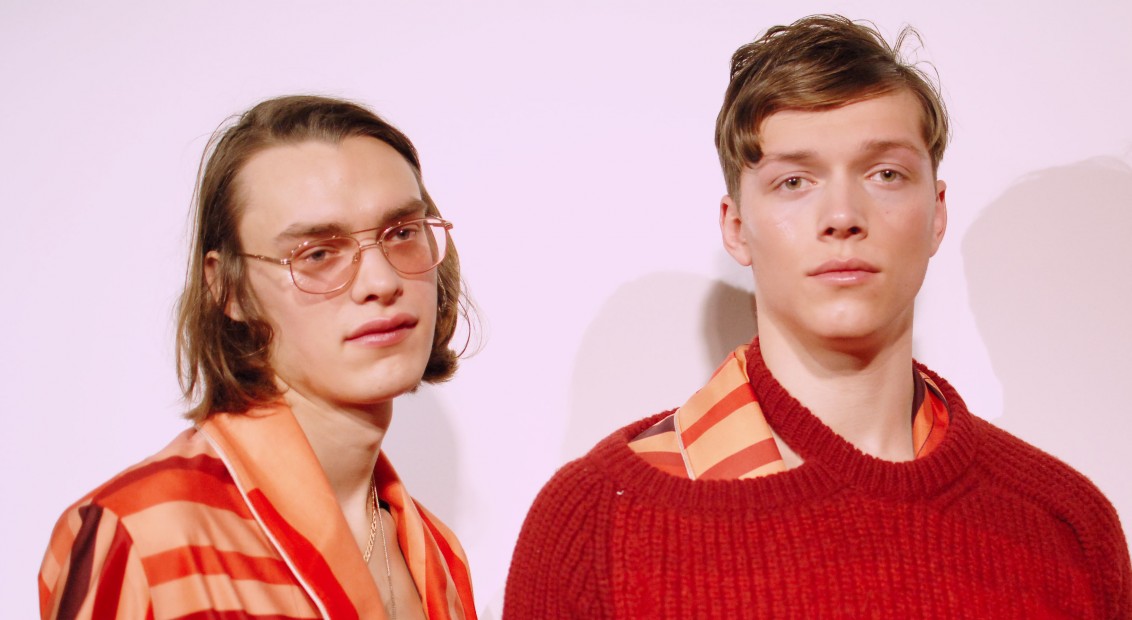 Katy Eary has come a long way since she established her eponymous label in 2010, securing herself an impressive global legion of fans. This season, she dived head first into the concept of ‘come-to-bed’ clothing.

Drawing from the 70s-era sleazy Soho, Eary looked to entrepreneur and pornographer Paul Raymond, who repackaged the once-seedy central London area as provocative, desirable, and sell-able. With a backdrop of pre-watershed giant boobs, Daisy Lowe, decked out in a silky night gown and towering platforms, opened the show to Bobby Gentry’s quintessentially 70s track Fancy. The male and female models who followed were adorned in negligee and night-wear inspired ensembles. Silk pyjamas were emblazoned with geometric prints and the catwalk was awash with hues of tobacco brown, deep purple and burnt orange. Lips were Snow White-red, bed-head hair ruled, and teddy bears were nonchalantly clutched in one hand.

All together, the collection was a strong reference to Pyjama Tops, Paul Raymond’s famed sex comedy that crossed into the mainstream so successfully it ran at Soho’s Royal Theatre for five years. It was there in Eary’s modern take on retro swinger chic – shirts and dressing gowns were buttoned low and hems were high, there were belly top T’s and smoking jackets, cast in rich plum tones and a certain beige hue Eary labelled “sex-stained beige”. Dirty, saucy and more than a bit dishevelled. A fitting tribute to that bygone era when porn was perceived as glamorous and its industry was golden. 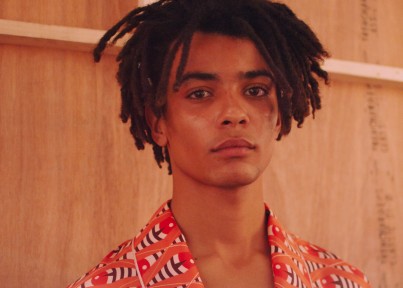