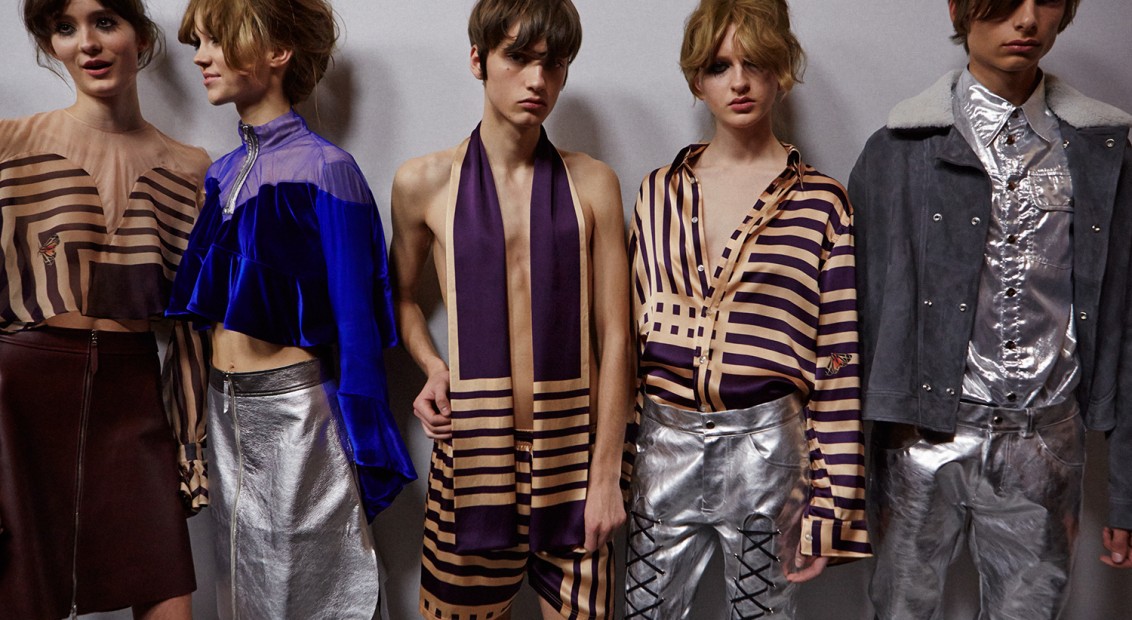 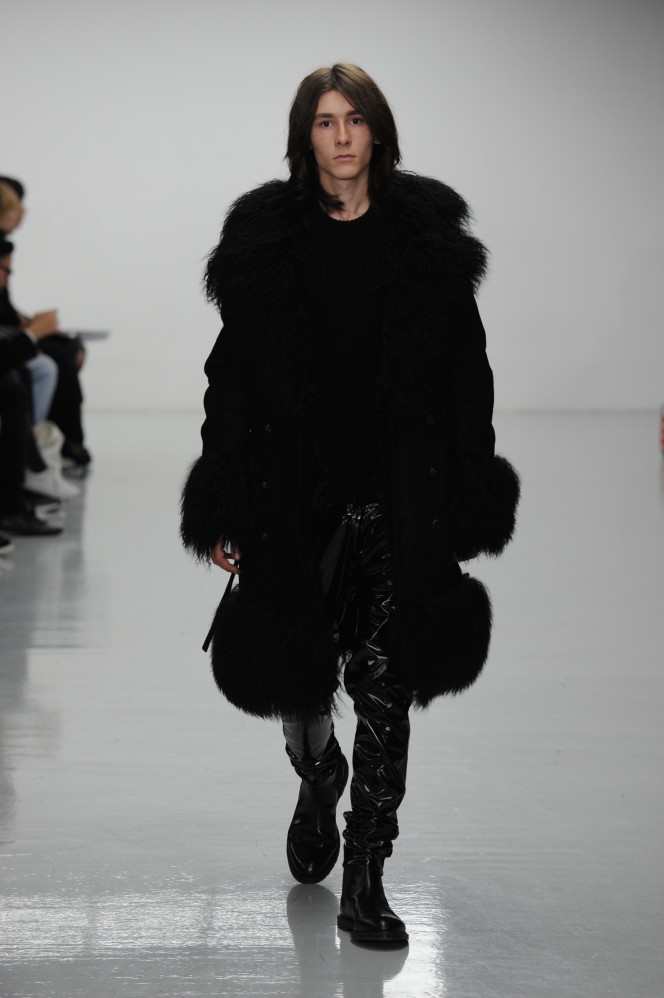 There was a slight shift in aesthetic at Katie Eary this season, one that suggests a lean towards commerciality – but without omitting the designer’s penchant for colour, abstract motifs and pattern.

It all stemmed from The Sacred Triangle, a documentary focused on the close friendship between David Bowie, Iggy Pop and Lou Reed. “I was struck by the way art, film, fashion and theatre were all becoming mixed in new ways,” Katie Eary told us in our preview of yesterday’s show. “For example: Andy Warhol’s Pork (1971) was shown at LaMama Theatre in New York for a two-week run; the Roundhouse in London then showed it; Angie and Bowie took inspiration for his own stage performance/approach, which then meant that music and art came together in the form of a Lou Reed and Andy Warhol collaboration.”

Motifs continued to exist within Eary’s realm of idiosyncrasy: fish – but with human eyes. (Little snakes made an appearance, too.) These were thrown across silk trousers, long-sleeved tops and robes. Crushed velour added depth, placed under the silk garb in some and left on their own in others: they covered the torso from finger and waist to neck. Metallic-silver trousers were detailed with shoelaces tied at the centre of each leg; it was unusual, but yet still existed in the parameters of commerciality. Balanced, considered – but still Eary. 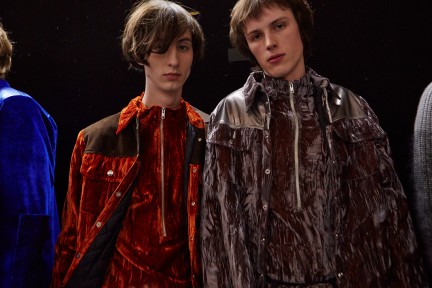