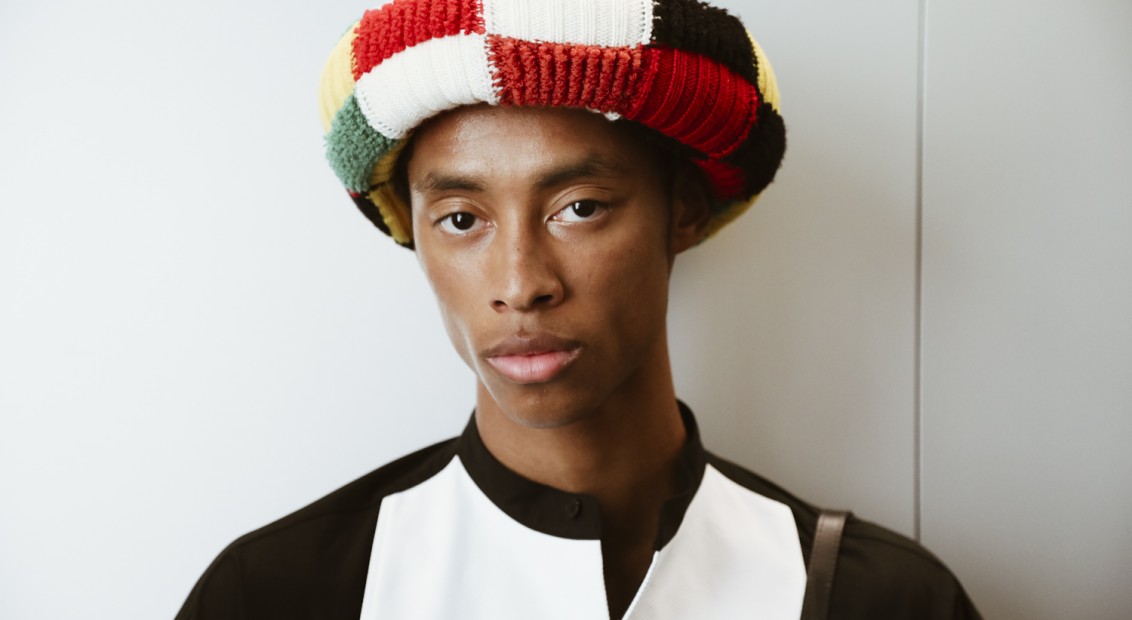 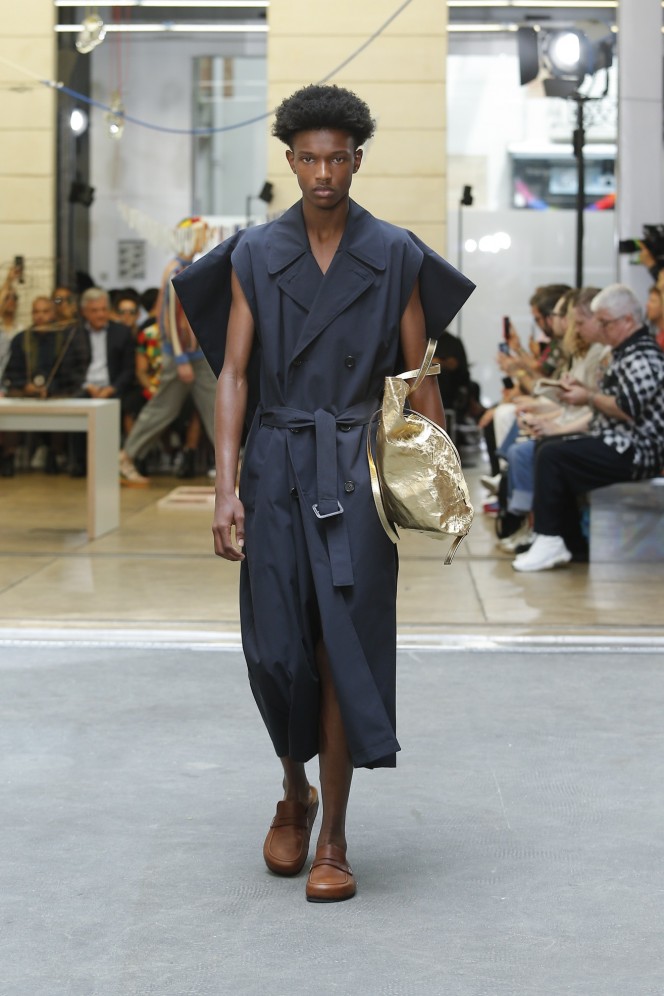 Within a showspace that included hanging craft pieces by artists Kate Newby, Harry Kramer and Paul Thek, Anderson’s own work was similarly sculptural. The Irish vanguard harked back to his earliest collections by deconstructing the classic tuxedo, slashing it open to create architectural jumpsuits whose sleeves were fashioned into geometric wings. Elsewhere, silhouettes were loose and oversized; they skimmed bodies without clinging to them, resulting in a series of looks which genuinely exemplified the ‘genderless’ ethos that so many designers have tried to perfect.

“I liked the idea of mosaics and blowing them up so that they felt hand-knitted and kind of do-it-yourself. Something that felt like it could have been handed down but modern at the same time,” said Jonathan Anderson backstage.

Highlights came in the wonderfully wacky knitwear pieces: woollen sheath dresses were interrupted by diagonal stripes of tassels, and brightly-coloured jumpers were shredded strategically but never messily, as though their edges had been frayed by unruly machines and cleaned up by hand. Impressively, these subtle subversions are now coded into Anderson’s design DNA. 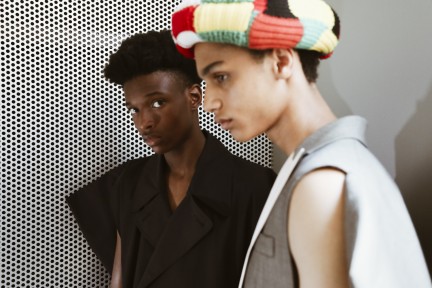