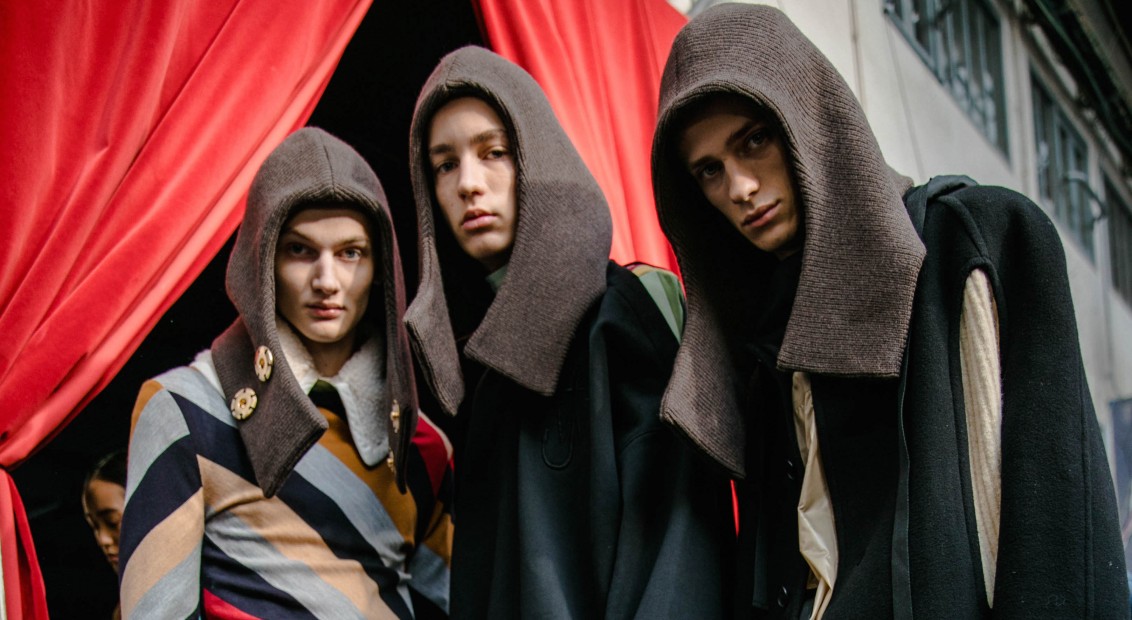 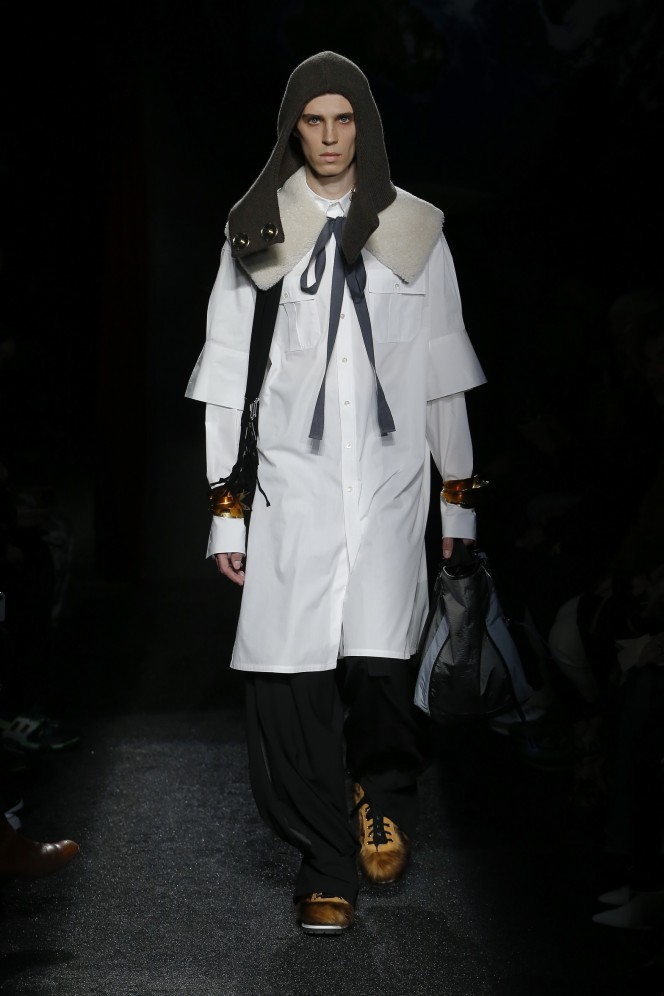 Of all the designers who chose not to show in London this season, the absence of JW Anderson was one of the most sorely felt. But for the British designer – who took a break from the menswear schedule last season – this Parisian excursion marked not just a new locale but a refreshed mindset.

Inspired by the late American artist Paul Thek, and featuring original works from his series The Personal Effects of the Pied Piper dotted around the show’s set – a series of five intimate rooms – the mood was inspired by Thek’s dark and often eerie aesthetic, with spotlit models walking like nomads across a tundra of grey sand. In keeping with the inflatable models of Earth that hung from the ceiling, they were dressed for a wanderer’s journey, with knitted hats that had an air of the medieval, oversized deconstructed knits, prairie-style shirts, and puffas lined generously with shearling.

So where was Anderson’s man travelling to? That was more ambiguous – this was wanderlust via an otherworldly destination board. As the show continued it gave way to something altogether more refined: sheer white shirts draped with tasselled silk scarves, billowing blouses with oversized pussy-bows, a medley of fabrics that included everything from tweed to gingham cotton. It was global in every sense of the word, featuring elements that touched on everywhere from Anderson’s native Ireland to Outer Siberia. He might have decamped to Paris, but he’s lost none of his eclectic, international spirit. 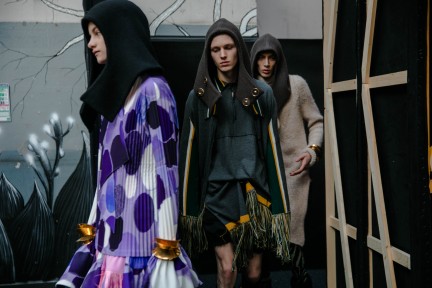