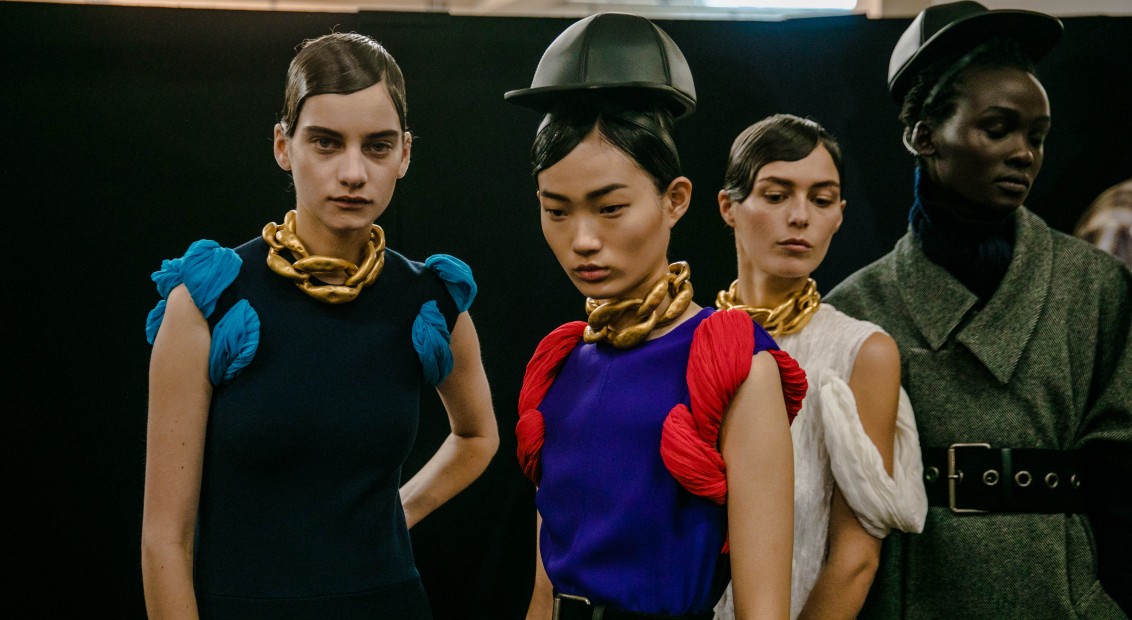 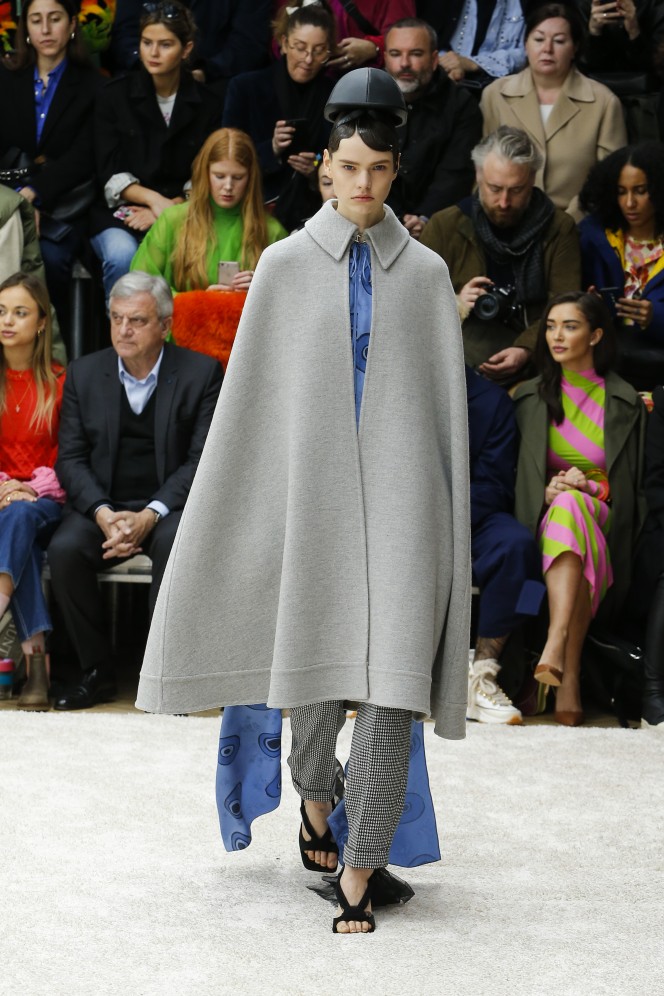 Inside an intimate setting, a tightly packed square overlooked by steep viewing platforms, fake rocks were placed on a thick beige carpet runway simulating mountain peaks breaking through the clouds. While guests were sat in the heavens, models were walking on clouds.

It later transpired that the set was inspired by two factors: a documentary on Japan that Anderson had seen on the BBC (hence the rocks imagining a Japanese Zen garden); and Samuel Beckett’s play Quad, consisting of four actors who walk in symmetric paths.

Renowned for his love of craft, here Anderson’s experimentation into structure and form translated via large architectural shoulders that shifted between angular, winged shapes and draped, flowing silhouettes, sleeves that ballooned in various magnitudes, dresses cut with exquisite Grecian-esque draping and capes built with trench details to create intriguing hybrids – altering established form to create something altogether more ethereal. Like Samuel Beckett’s Quad – a work based on a geometrical figure and permutations of regular movements, where the actors cross at different paths always avoiding the centre – Anderson was exploring various cuts and lines to create his own geometrical possibilities.

“JW Anderson is about going from one thing to the next, about polar opposites,” said Anderson backstage after the show. “No matter what I seem to do, I love things that are just ‘made’. The dresses with the thread going through, they just happened. We were improvising colours, it’s kind of like we were taking a huge needle through the fabric. And it just stuck.”

Elsewhere, the classic JW Anderson jumper came elongated in the form of a dress, with a silk skirt attached at the hip and some models wore riding hats that perched just above their heads. The JW charm just keeps giving and like trust in a good relationship, when required, it will always deliver just what you crave. 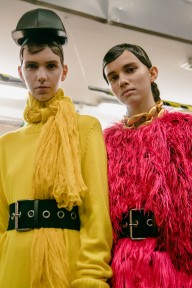