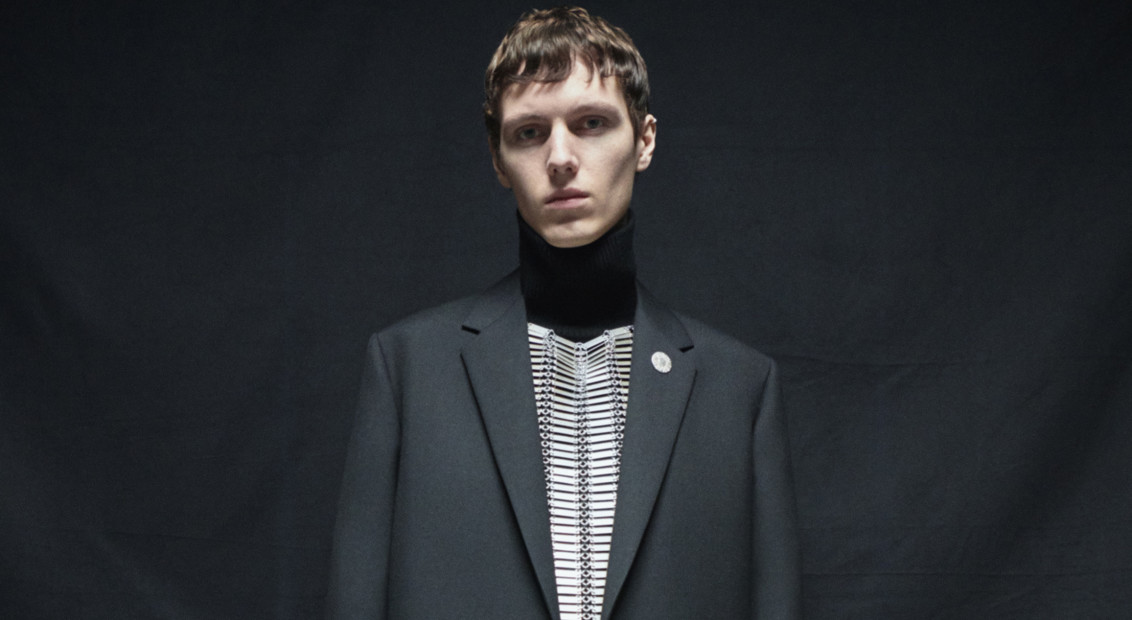 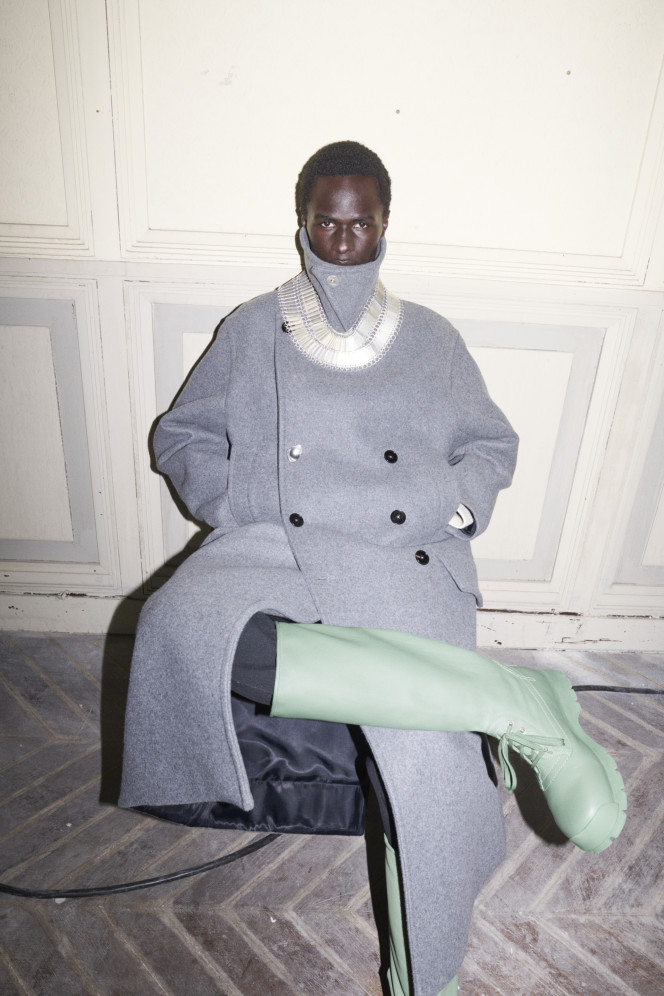 The film was lo-fi. Drained colours and gravelly post-rock. Jil Sander’s FW21 collection was directed on film by Stephen Kidd. It’s a meditative gaze on the new world that fixes in deeper still than walls of confinement, offering a conceptual portrait of our internal worlds.

Lucie and Luke Meier proposed a wearing of the emotions inside-out. While starkness predominates in Jil Sander’s typical minimalism, faint calls of connection and intimacy ring through. Akin to wearing your heart on your sleeve, silver medallions are hand-carved with the word “MOTHER” or “FATHER”, and grander plastrons are offered as “ancestral armour”. Jewel or shell buttons make gestures of heirloom and personal touch. Sweaters are hand-knitted from cashmere, and intensified with rich contrast tones.

There’s a series of printed portraits sewn to the wide profiles of tailoring and knitwear. Shot by Florence Henri exactly a century ago, they feature female designers and artists of the Bauhaus movement. Henri’s manipulated compositions are disorienting, smudging lines between reality and reflection – and holding a dark mirror to a mind in crisis. It’s ultimately these dialogues of conflict that unify the collection. An interplay of hard and soft, and consequently, of strength and vulnerability, privacy and touch, and “our desire to glow and connect”. 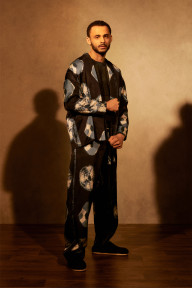 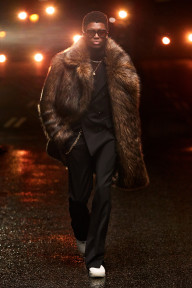 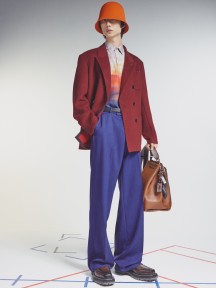 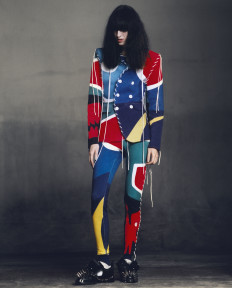 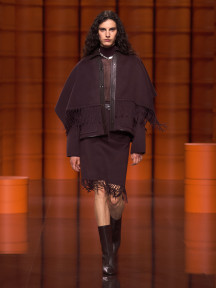