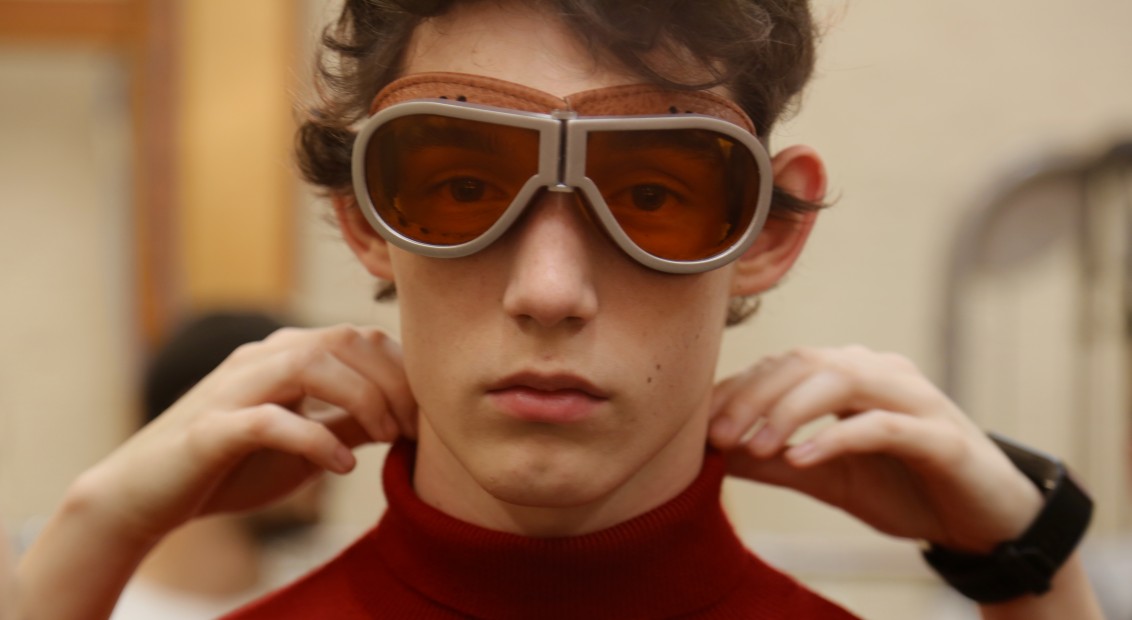 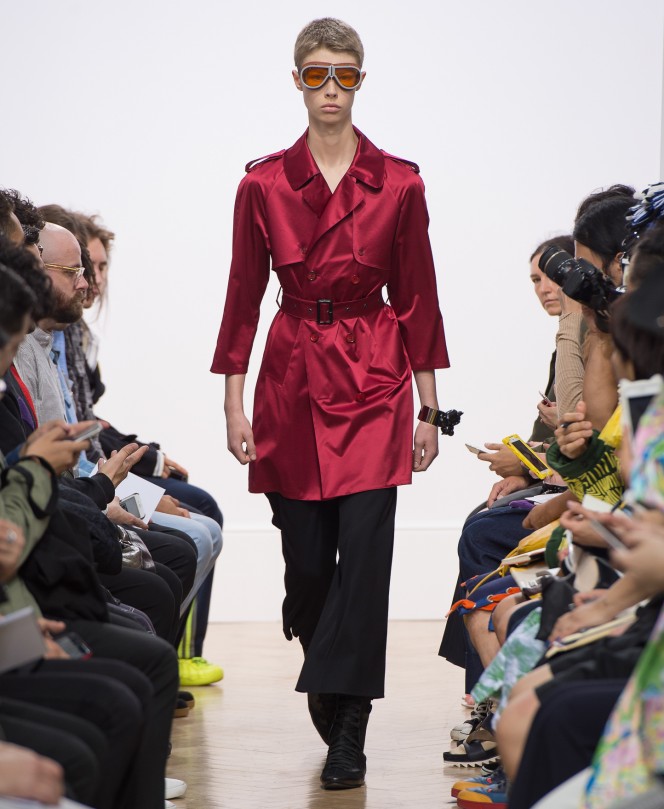 Walking into J.W.Anderson’s maze of narrow, towering corridors yesterday felt a bit like being shrunk and put inside a dollhouse. So when David Bowie’s voice cut the silence in his 1978 narration of Prokofiev’s Peter & The Wolf, it was clear the childlike vibe wasn’t misguided.

The first model walked out in a ruby red trench coat, cueing a collection that felt fun and sweet, like a little kid’s take on luxury. Models wore toy-like wolf head cuffs, orange aviator goggles and crowns that looked like plastic versions of the pipe cleaners you used to twist together at pre school. Knits were so long their sleeves nearly grazed the runway floor, recalling dress ups in dad’s wardrobe.

As Bowie’s hypnotic tone gave way to the treacherous beat of Film Noir by Vitalic, a darker air settled. A knee length shirt bore a print of an unfinished puzzle, trailing down the sleeve like a game forgotten half way through. Anderson’s knack for complex construction shone out in the outerwear: an unstructured coat merged sleeve with body via one piece of fabric, nips and pleats on a haphazardly painted tunic cleverly warped its structure from behind.

Some of the last century’s greatest acting names have narrated Prokofiev’s story, so it’s telling that Bowie’s version was chosen for the soundtrack. (Anderson has cited him as an influence before and, up until recently, one of the items available to buy on the designer’s e-commerce store was a scrapbook of old Bowie magazine clippings). Prokofiev’s story is also an education, Bowie introducing each character as an instrument and in doing so teaching children about the roles of the orchestra.

It puts into light how welcoming and accessible the SS17 collection felt. J.W.Anderson’s shows have a tendency to leave audiences scratching heads; he weaves references like the riddle master. Yesterday he did the same but, like Bowie’s narration, the pieces seemed to explain themselves. From the classic roots of that amped up trench, to the joyous colour blocking, here were elevated clothes that will make sense to the customer. And that’s the bottom line. 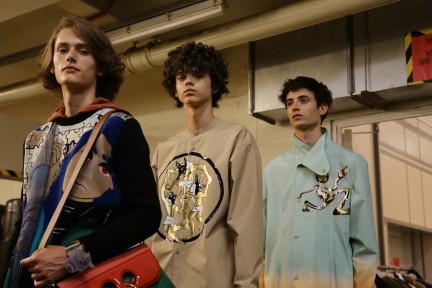