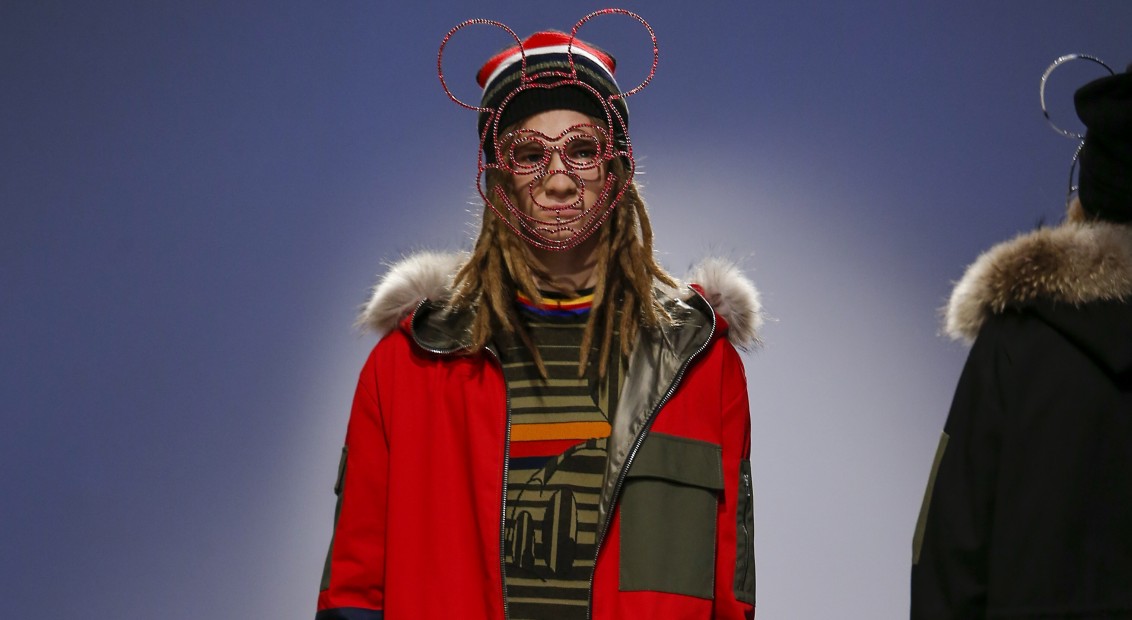 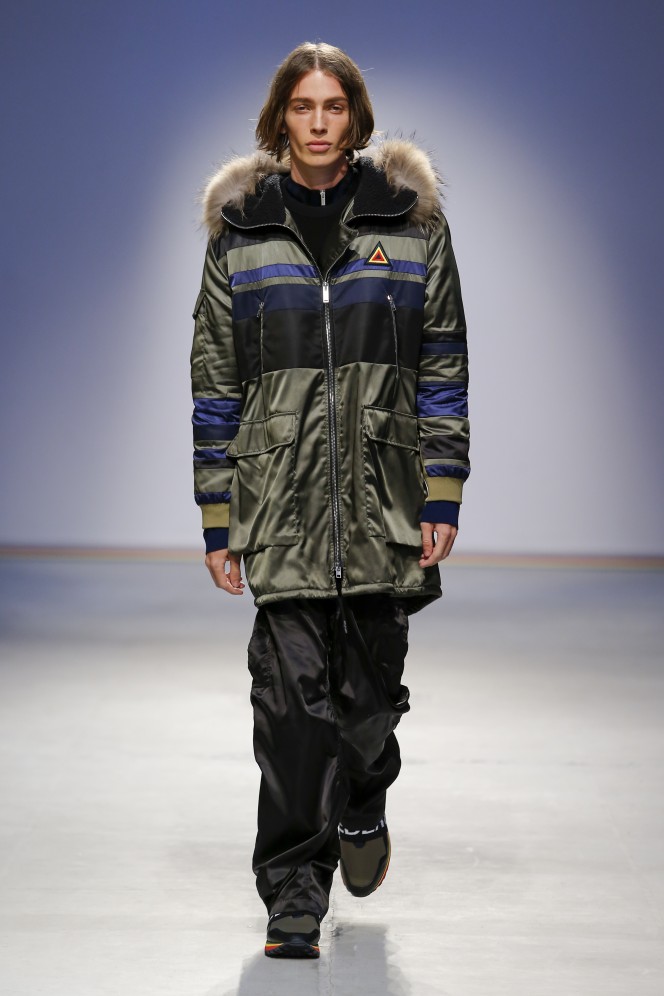 London-based menswear designer James Long was announced as Iceberg’s new creative director in November. For a brand that was founded in the mid-seventies, Iceberg was – until Long – off the radar for the average fashion aficionado and millenial. Pulling it back into the present was the task here. “Iceberg’s famous brand codes are reset,” the press release stated. And Long nailed it.

London is a hub known for its artistic vibrancy. You can’t replicate it. Exporting it, however, is something you can do (if it’s your native language). Long took his Big Smoke-rooted flair and applied it to the brand’s codes: Mickey Mouse (hand-drawn by Long) become a print and woven pattern on jumpers, jeans, jackets – and eccentric headpieces – with the well-established triangular logo in yellow, red and blue.

Military-style bombers were cut and constructed asymmetrically – with knitted panels inserted at times – trousers were made of a khaki satin (it’s as great as it sounds) and ‘scuba sneakers’ are tightened with a wide-band and branded elastic strap. “Britpop meets Italopop,” went the show’s notes, which is bang-on. It’s a clear win for both Iceberg and Long.