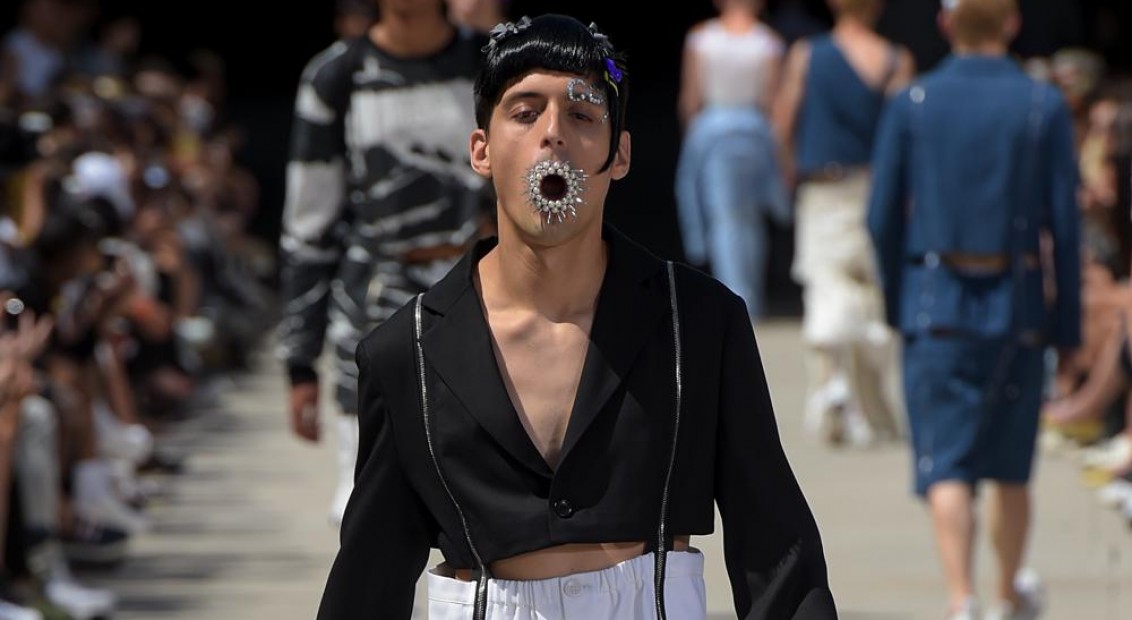 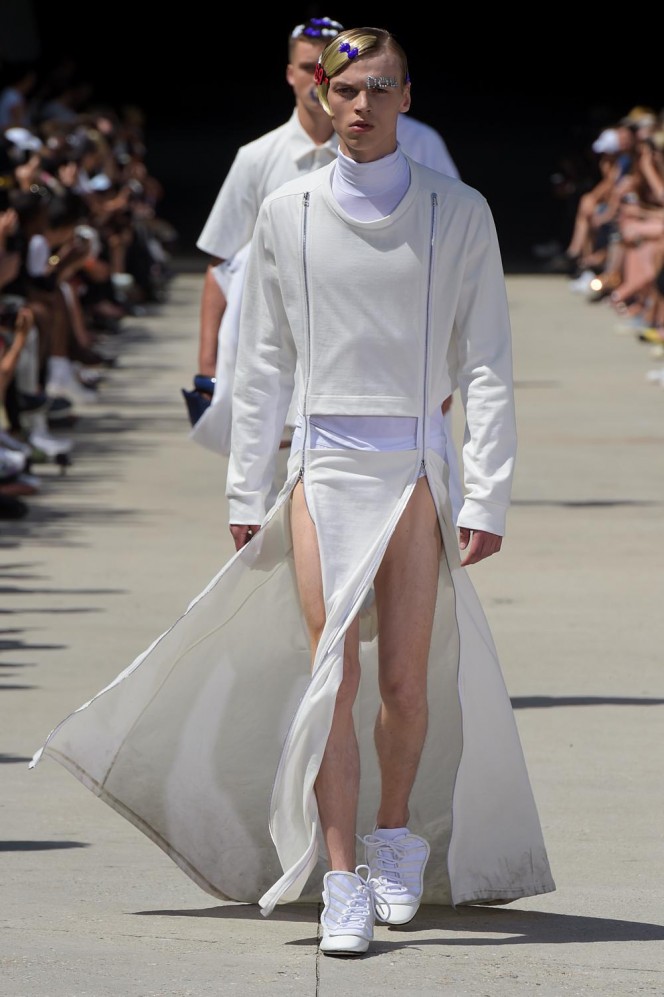 Earlier this month Shayne Oliver was awarded the Council of Fashion Designers of America’s (CFDA) Swarovski Award for Menswear. Every one of the designer’s collections signal a muscular reminder as to why he’s playing with the top streetwear dogs, burying traditionalist menswear-tropes and bourgeois connotations in the ground to allow his fresh stimulations reign.

HBA exhibited SS16 La Philharmonie de Paris, which only opened in January. An apposite  metaphor combining the newness of both the brand’s potent aesthetic and the recently finished, musical landmark. And the boys helped carry this mood further.

Music producer and DJ, Alejandro Ghersi and known popularly as Arca, was one of the many models walking in the show, with hair clipped back, words like ‘top’, ‘coy’ and ‘icon’ spelt in diamanté above left-eyes with most sporting sinister mouth-pieces. Injections of life, zero banality.

Garments exuded a similar energy. Tops, jackets and trousers were slashed and gashed at all points, allowing them to fall naturally into shapes unconventional to the eye, and zips were placed symmetrically in non-functional positions. Facets that have become a dexterous signature of Oliver’s hand, but a technical complication of skill and craftsmanship nonetheless. A grape purple, paper-bag brown, black and white bordered three distinct sets of looks: the first, very loose; the second, strict, tailored and worked-in; and the last, only a few looks of leather, were heavier and punchy. Vibrating with life ’til the end, well enough to keep us satisfied until the next HBA-bout.