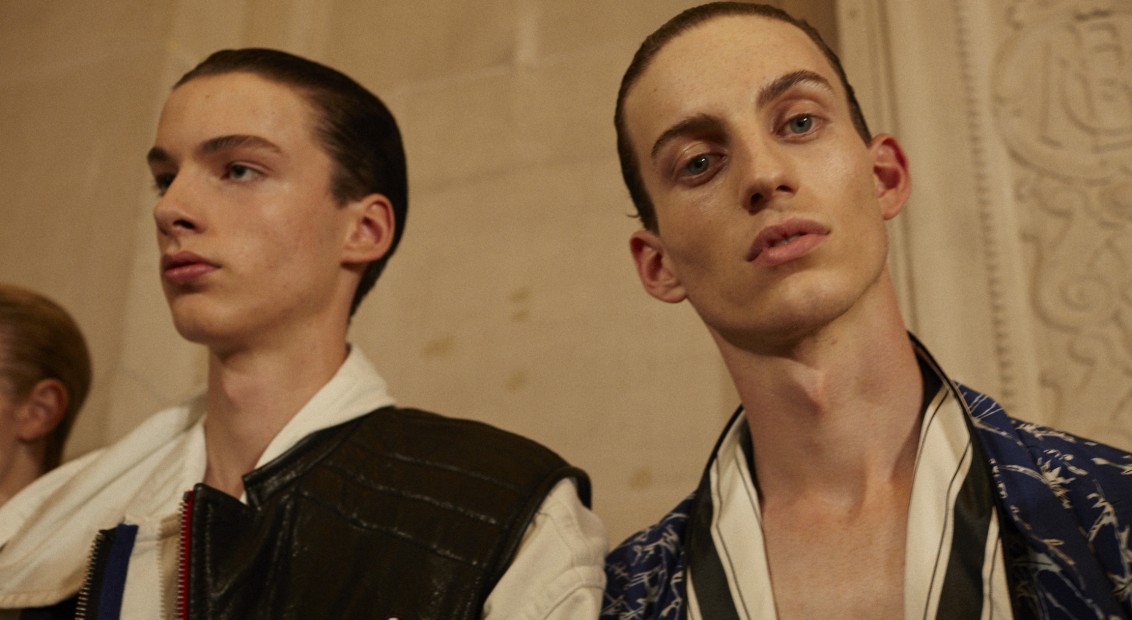 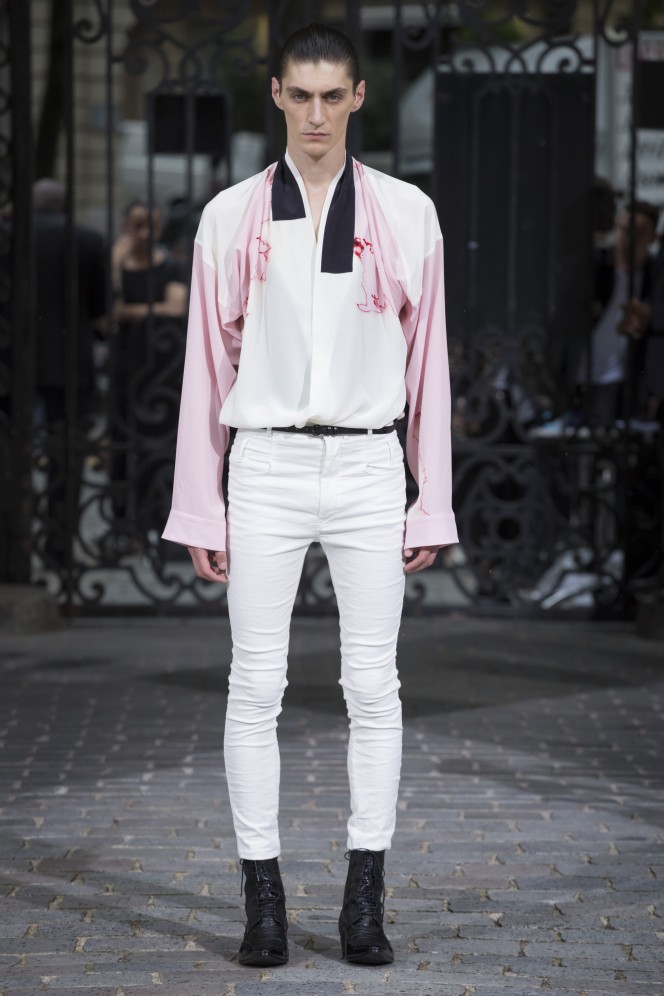 Haider Ackermann dresses the kind of guy who loves a hefty serve of languor with his bohemian rocker kit. It’s a wardrobe the Colombian designer has got locked down, in no small part due to the fact that he lives and breathes it himself. Unlike many designers who prefer to opt for plain black and live vicariously through their customers, Ackermann is his brand – 150%.

As Ackermann returned to the fore this season, it was clearer than ever that he has his thing and he does it well. Leaving behind the darker than usual opulence of last season, Ackermann swung to the other end of the colour spectrum with a collection of lights and (really) brights. The first look said it all: skinny white jeans, cropped kimono style shirt with accents of pink silk. That very-Ackermann undone feeling continued through untucked shirts, drop crotch trousers and layering – like a long, light coat layered over an unbuttoned shirt.

Elsewhere the silhouette was sucked up to reveal a few punk accents. Worn with a cropped pant those calf-high lace up boots were killer – and timely, considering London’s marking of 40 years of punk culture in 2016, an influence we’ve seen travel through several Paris shows this season.

There was also a strong hint of Ziggy Stardust era Bowie, and not just in those Eastern influence silks. Look 13 really drove it home with those deadly metallic red trousers and oversized shirt, and later in a cropped red blazer, worn with contrasting legged pants. Extravagant, experimental, a little spaced out. Everything an avant grade rocker should aspire to, and more. 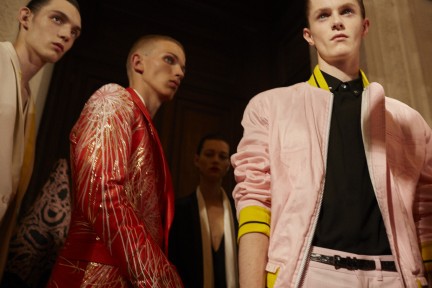