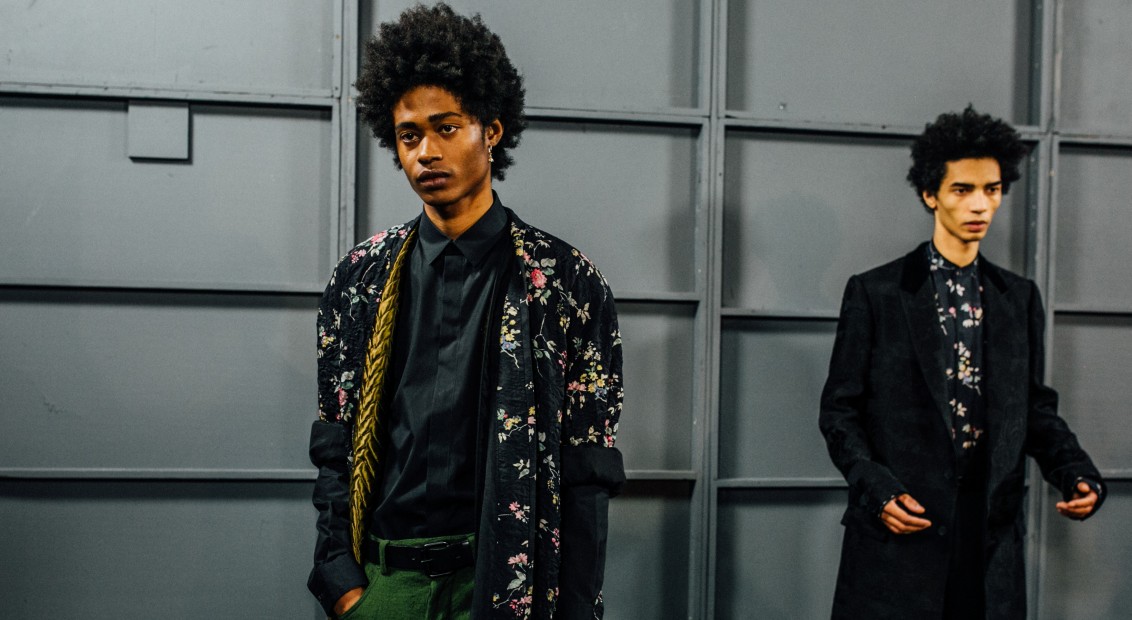 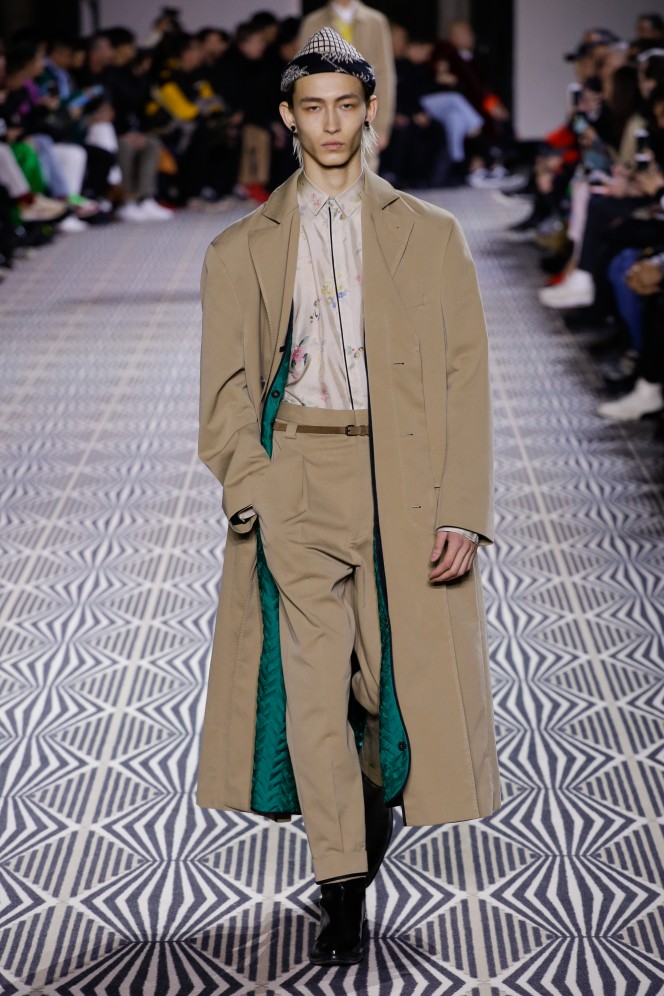 Haider Ackermann’s FW18 collection considered the relationship between the clothes and its wearer; one belt was engraved with the request to “hold on to me”. This was maybe one of the more literal of Ackermann’s plays on the idea; his pieces, after all, have always felt like abstractions from reality, emotional whims made on the body through colour, texture, drape and motion, and here was no exception.

The palette throughout was fluid and meandering, more spontaneous than restrained, and satin-jacquards and velvets were used to enrich their tonality. Some brighter shades were concealed in linings so as to activate only once in movement. Continuing his treatments of Japanese aesthetics, kimonos laid the pattern for many silhouettes, with blazer lapels cut to mimic their overlapping front. Prints featured sakura, bamboo and chrysanthemum branches. Echoing the visual style of Nihonga artists, they too were turned to something less physical, reduced to bleared watercolour, or shadow that thoughtfully framed the line of the body beneath.

All in all, it was a nuanced and poetic collection, as we can always expect from Ackermann. And as for the relationship between person and garment? A long list of pieces we’d feel quite happy in the arms of. 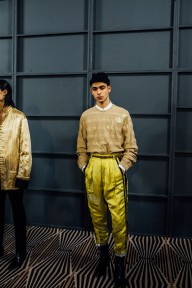