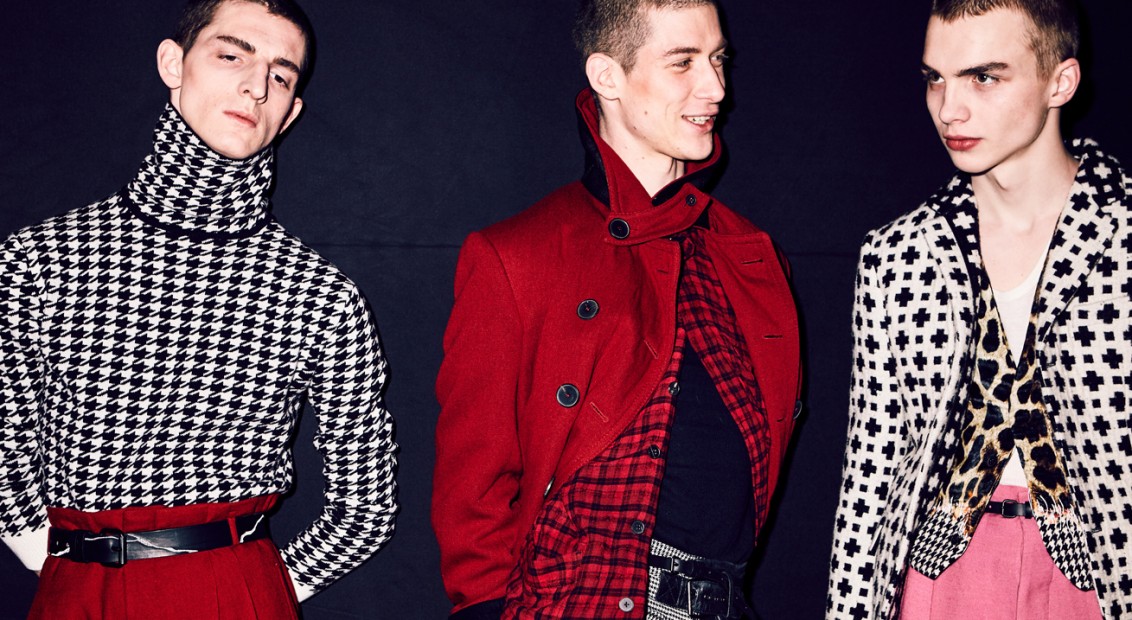 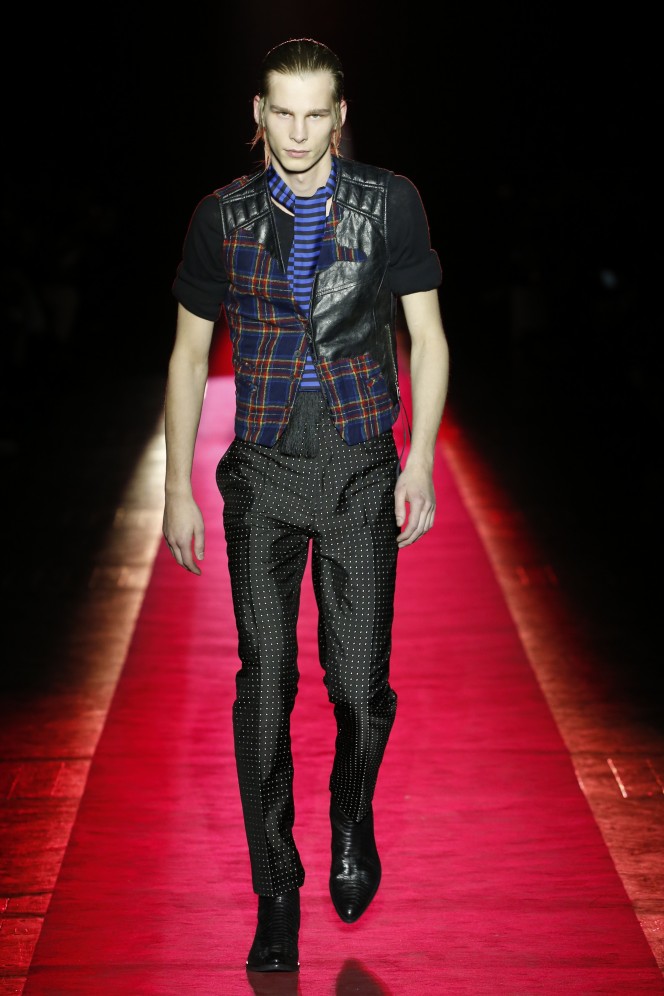 This January is big for Haider Ackermann. This week in Paris, the Colombia-born designer makes his debut for the heritage French brand Berluti, where he was announced new creative director last September. It’s a major moment for any designer, and for Ackermann – who has up to now only ever been seen on the schedule under the banner of his eponymous brand – it’s even more so. But when eyes are turned to this kind of debut, how do you make your own label’s show stand out?

For Ackermann, whose menswear has always sketched out an agonised kind of rocker, it was time to give things a jolt of punk. Falling heavily into that archetype, firstly he proposed a study on the fabric most strongly associated with the subcultural movement – plaid. Red and blue iterations made up those signature low slung Ackermann trousers, shirts with sleeves rolled and tailored blazers. One of the best looks was the simplest: a deconstructed pair of leather motorcycle pants with a black and blue check knit slung on top. Ackermann was also playing with the concept of the Teddy Boy, and the DIY energy synonymous with punk youth’s raw approach to fashion, leather patch-worked with houndstooth on fitted vests and flannel shirts slung around waists.

A sense of lush romanticism is par for the course with Ackermann’s clothes, and the hardness of those crossed and check looks was evened out by the fluid lines of velvet tailoring, as blazers on boys and draped dresses on girls. And the 80s struck a chord not just in a punk sense – it was there in the cropped suede bomber in Look 22, and in the paper bag waisted carrot trousers that appeared over and over. Throughout the past couple of seasons, Ackermann’s menswear has stepped up a notch. Where the designer’s womenswear has tended to look inwardly at his own mood and headspace, the menswear seems to be looking outwardly at the young men of today. Last season’s spectacular show channeled the underground energy of Japanese and Korean youth; this season it was a more gritty, English affair. Whatever’s sparking this inspiration, it’s working. 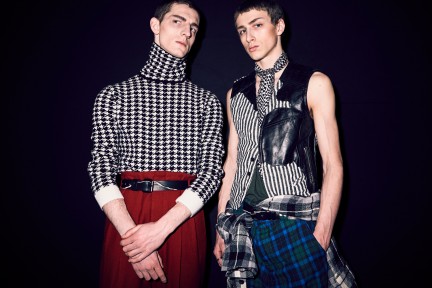